One drawing from a series of concept drawings provided by a developer looking to build apartments in Kirkwood.
Share 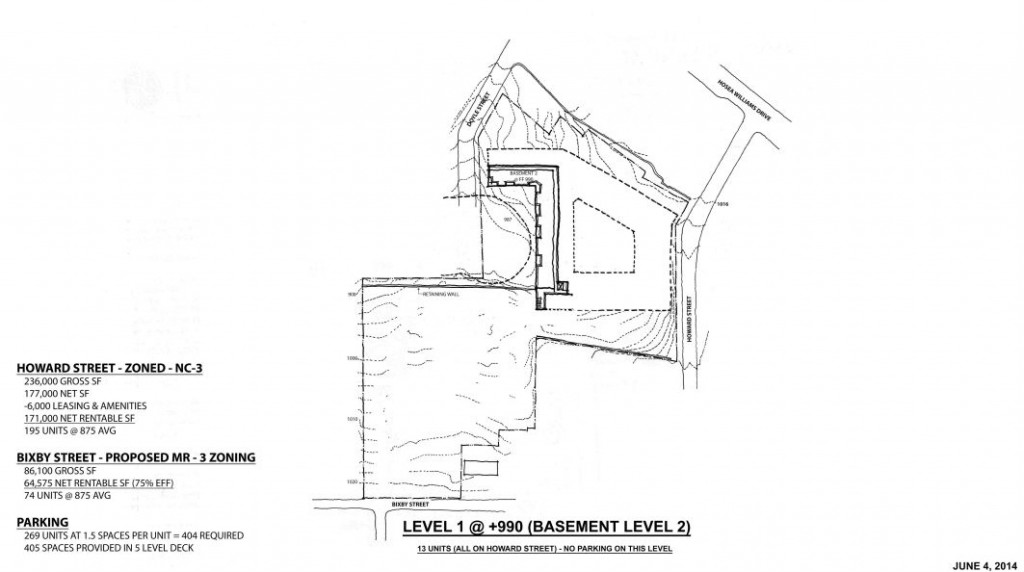 One drawing from a series of concept drawings provided by a developer looking to build apartments in Kirkwood.

A developer planning to tear down older apartments and replace them with new ones is in the process of getting the property rezoned.

An attorney representing developer KB Partners, a company affiliated with Euramex Management, tells Decaturish that there’s no rush to redevelop the property. He said the company filed the application on July 1 to meet a deadline set by the city of Atlanta.

“The client has been to a couple of meetings with the community,” attorney Steve Rothman said. “We’re in the consensus building process, and I would say we’re early in the process.”

The property is located at 1910 and 1920 Bixby Street. Currently, it’s home to 58 apartment units built in 1967. While there’s already a multifamily property on the site, changes in Atlanta’s zoning code over the years require this property to be rezoned. The developer’s intention is to combine this development with another 3.3 acre parcel on Howard Street.

According to the rezoning application, KB Partners wants to build 86,100 square feet of multifamily residential and parking on the Bixby Lots.

According to site plans released last month, there would be about 290 units total, averaging 875 square feet.

But that could change, depending on the agreement the developer reaches with residents.

Stan Sugarman, a developer who also handles zoning issues for the Kirkwood Neighbors’ Organization, said the developer is committed to working with the residents and agreeing to conditions before asking for a vote on its application.

“They’ve agreed to get deferrals so we’ll have a compromise worked out that everyone is agreed on,” Sugarman said. “There’ll be conditions. There’ll be a series of meetings going forward with the neighbors and homeowners.”

Rothman said buy-in is important to the developer.

“I don’t think we’re going to be moving right along really quickly,” he said. “People are going to want to take their time. This is very important to the community. Part of our consensus building process is we’re not trying to rush anybody.”