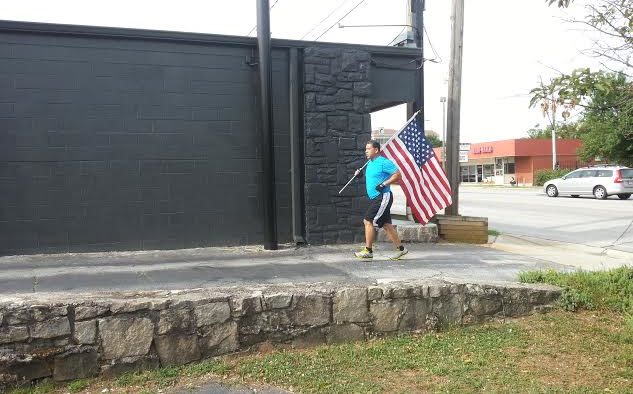 Chris Billingsley is a retired Decatur High Social studies teacher, known to many as Mr. B.

Mr. B has been busy this summer, snapping photos of things going on around town. He’s passionate about history, is interested in what’s happening at the cemetery and has a genuine love for his community.

Here’s a look at Decatur through the eyes of Mr. B. 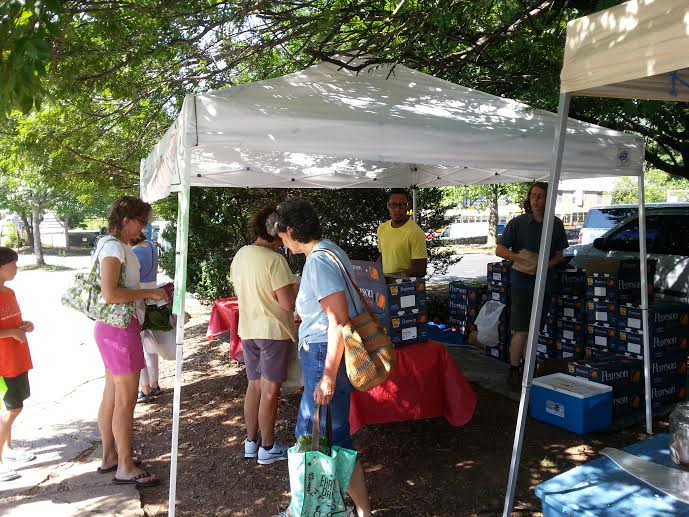 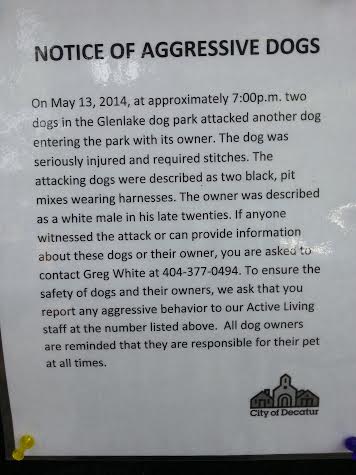 “Glenlake dog park. You would think that if an aggressive dog attacked you or your dog on city property/city park, the police would be called.” 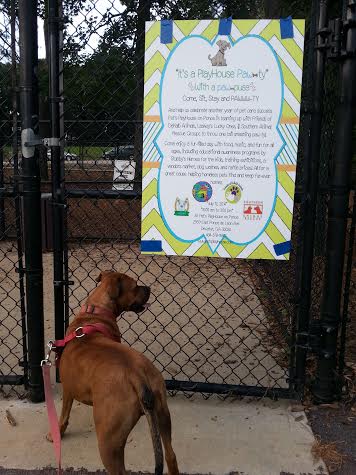 “Here are several pictures the show the Union advance towards Decatur from the north. The left wing of Sherman’s army marched to Decatur via the Clairmont Road and Lawrenceville Highway/Church Street. The most interesting marker for me is one that identifies General Sherman’s headquarters just south of the Clairmont Road railroad overpass.  … Growing up, I remember seeing this marker and thinking that Sherman stayed in the house behind it. Of course that house is long gone, but while taking these pictures, a homeowner told me that the entire block from the train bridge south to the new apartments will soon be redeveloped into a mixed use project. I hope the Sherman headquarters marker remains.” 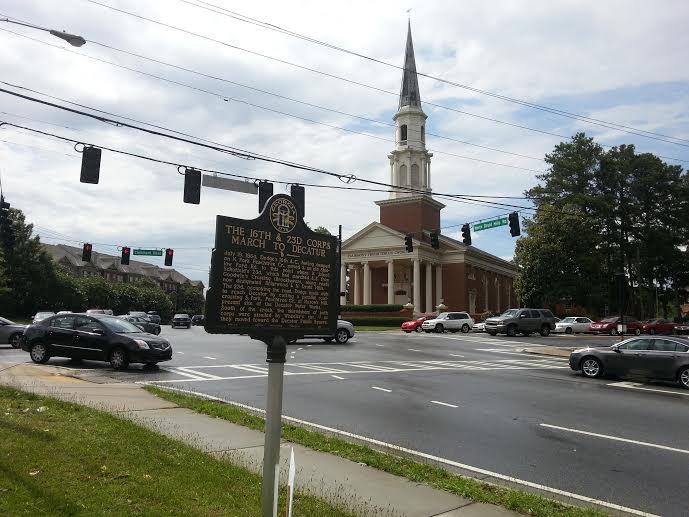 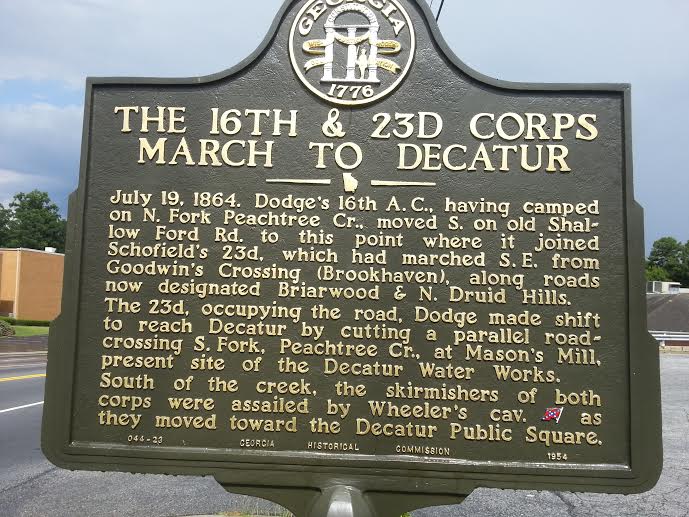 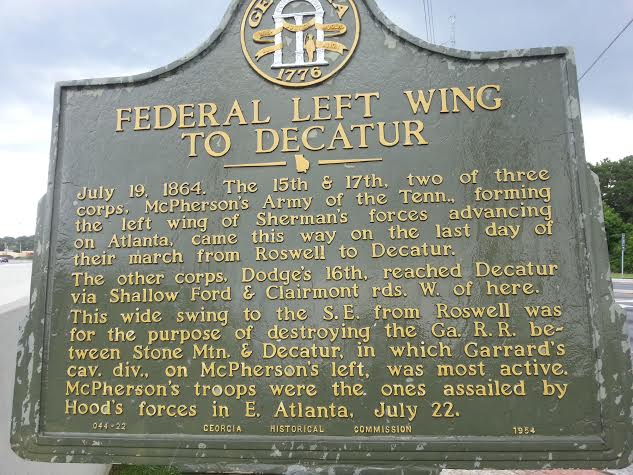 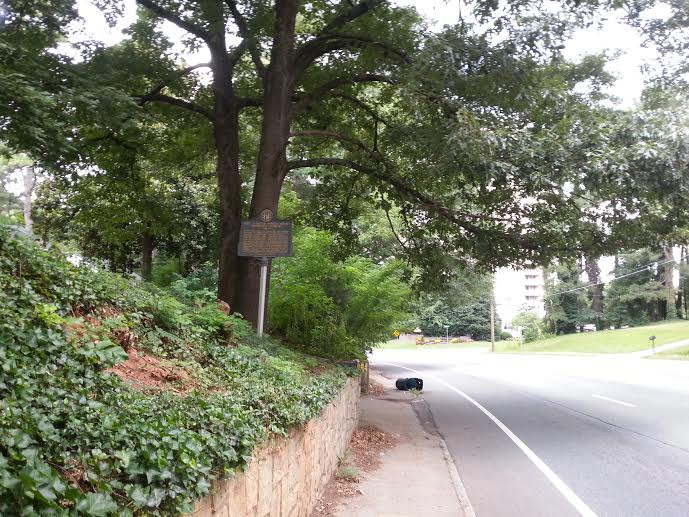 Plaque describing Sherman’s headquarters.
“This is on the left as you leave North Decatur but BEFORE the railroad bridge.” 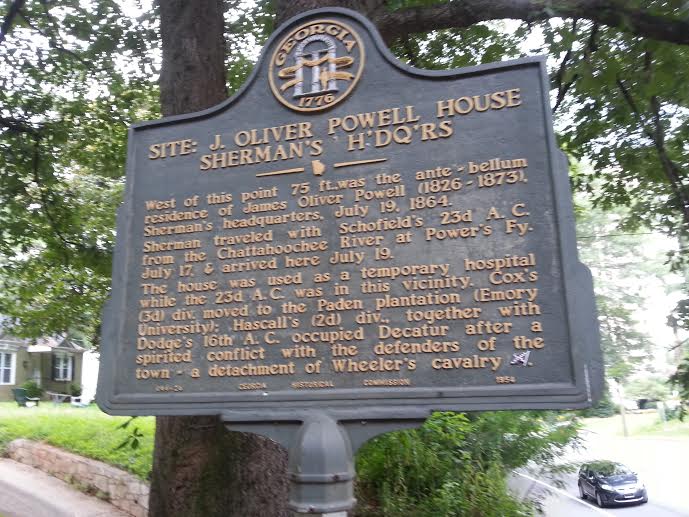 “This is the area destined for a mixed use complex.” 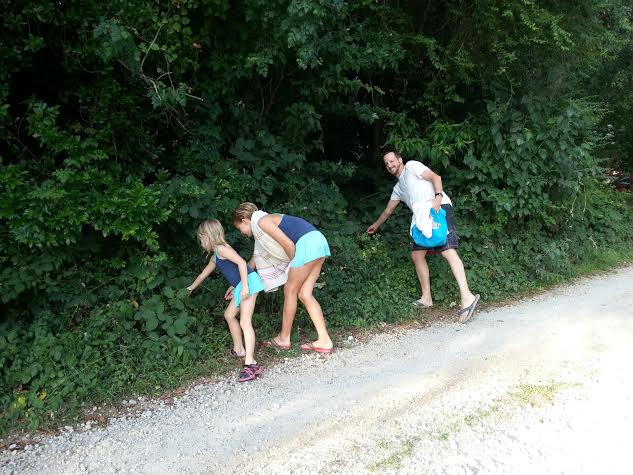 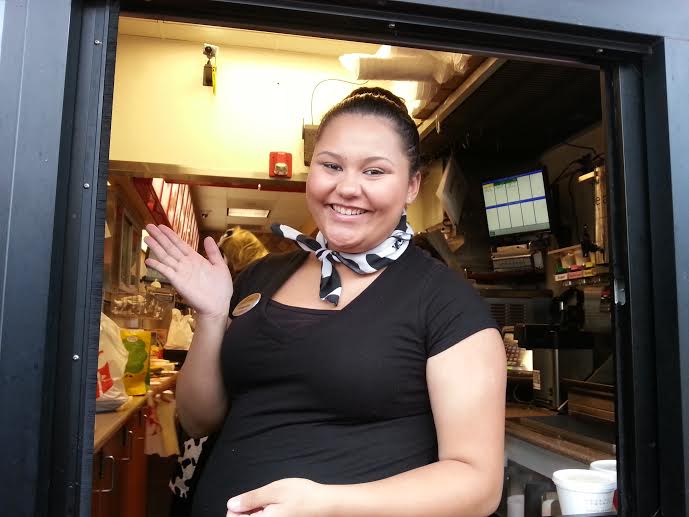 Chick-fil-A drive-thru. “(You’ll) never get a meal inside waiting. “

Here are some pictures Mr. B took on July 4. 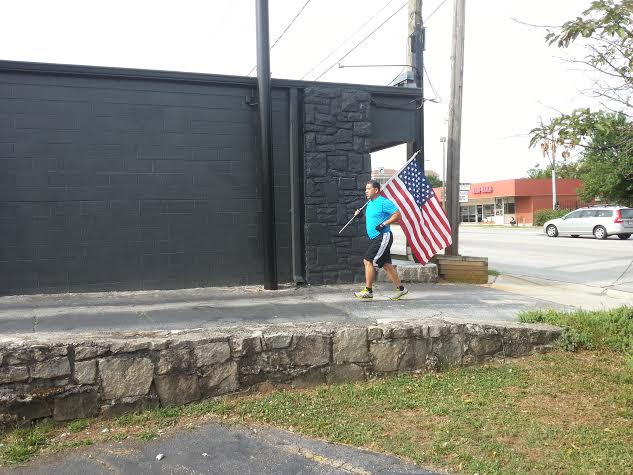 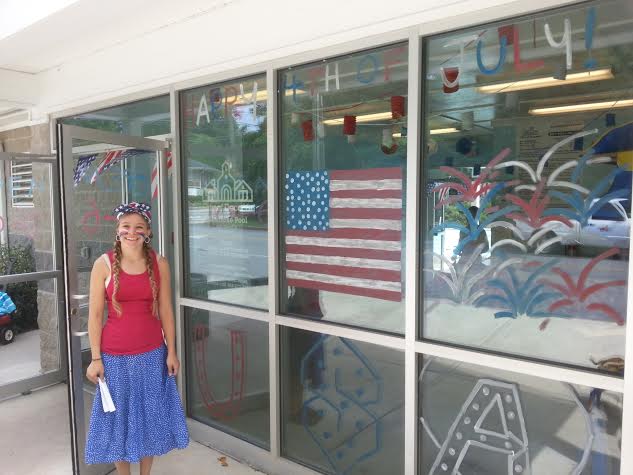 “Glenlake Pool. Amy (pictured) told me that Casey Richardson, recent DHS grad and pool manager, did all the artwork herself.”