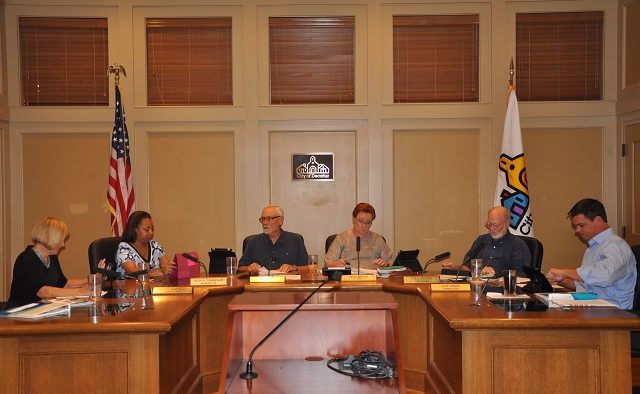 The Decatur City Commission during its Aug. 18 meeting. Photo by Dan Whisenhunt
Share 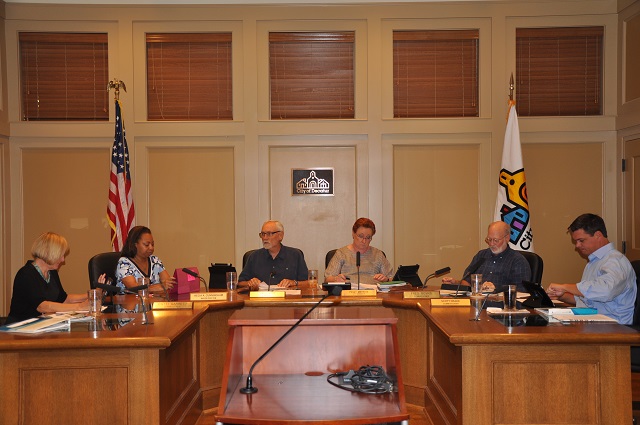 The Decatur City Commission during its Aug. 18 meeting. Photo by Dan Whisenhunt

If Decatur intends to expand its city limits, it’s now or never the city manager says.

City Commissioners on Monday, Aug. 18, approved a $25,000 contract with the Sizemore Group for annexation master planning services. It’s the same company used by City Schools of Decatur. City Manager Peggy Merriss said CSD and the city will be working together closely to stay on the same page during the planning process, which will take several months.

The stakes are higher now than they were in 2012 when the City Commission approved an annexation plan that didn’t go anywhere in the state Legislature. If the City Commission pushes its boundaries out to include Suburban Plaza, the Kroger shopping center and Patel Plaza, it could increase Decatur’s size from 4.2 square miles to 5.2 square miles. It would also add between 4,000 and 5,000 people to Decatur’s population, currently about 20,000 residents.

While it will undoubtedly add to the school system’s enrollment, it could also open up opportunities for new school buildings, Merriss said.

Merriss said with north DeKalb cityhood a near certainty, whatever decisions the City Commission makes will be the last word on annexation. It will no longer be a choice about whether people want to join a city or remain in unincorporated DeKalb, she said. It will be a choice between one city or another city.

“If we decide not to do it, we’re basically saying we’re perfectly OK with the city limits as they exist today,” Merriss said.

She said the master annexation plan is intended to work in conjunction with CSD’s master planning process. There was an input meeting on Aug. 14 to discuss expansions for the city’s high school, but annexation wasn’t on the agenda.

“We have put together a steering committee with school staff and our city staff and our school staff,” Merriss said during Monday’s meeting. “We have been and will continue to meet regularly throughout this process.”

Merriss also gave a rough timeline of how the planning process will proceed, with the goal of having something to give the city’s Legislative delegation by the end of 2014 for the 2015 session.

– Aug. 19 through mid- September: City and school staff will do all of the background work. They’ll be doing some research, working out a few technical details, coming up with lists of frequently asked questions as well as scheduling and organizing future meetings.

– During September and October there will be a series of public meetings on annexation, with dates to be determined. Merriss said, “We’ll open up … (a) petition period where people can organize their neighborhoods and get the (annexation) petitions in, through middle of September to the middle of October.”  That would then be used in the draft annexation plan.

– Sometime in late October there will be a joint meeting between the School Board and the City Commission with the goal of coming up with a final plan by early November.

– If the city can adhere to this timeline, it would have a plan to give to the legislative delegation by December.

The city is not accepting annexation petitions at the moment, an unofficial moratorium enacted after City Commissioners this year annexed 29 properties on Derrydown Way and 77 parcels in the Parkwood Neighborhood.  It was a move that was confusing to some in the community, who wondered why the city would annex these mostly residential properties when the city admittedly has a need for the revenue that comes with commercial properties.

Merriss said that in both cases, the residents took the initiative to petition the city for annexation. In Parkwood’s case, the city had the opportunity to add properties that already had been identified for annexation.

Merriss said that Parkwood, “gave us a chance to work through one of those when we weren’t under pressure.”

“I don’t know if I’d say dress rehearsal,” Merriss said. “It certainly gave us the opportunity to get some experience and see how this would work.”

– Commissioners approved an intergovernmental agreement that would allow the city’s Development Authority to purchase property at 915 Clairemont Avenue for $695,000 with the intention of selling it to Woodlands Garden as green space. Under the Memorandum of Understanding with Woodlands Garden would make the monthly interest-only payments to Private Bank of Decatur, which is financing the deal. Woodlands Garden would be required to purchase the property at the end of 18 months, or the Development Authority would have the option to sell it to another buyer.

– The city announced the hiring of its arborist, called a landscape infrastructure coordinator. Her name is India Woodson and she previously worked as an arborist for DeKalb County.