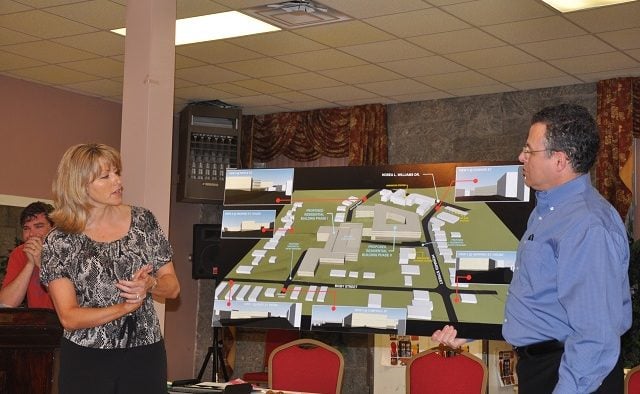 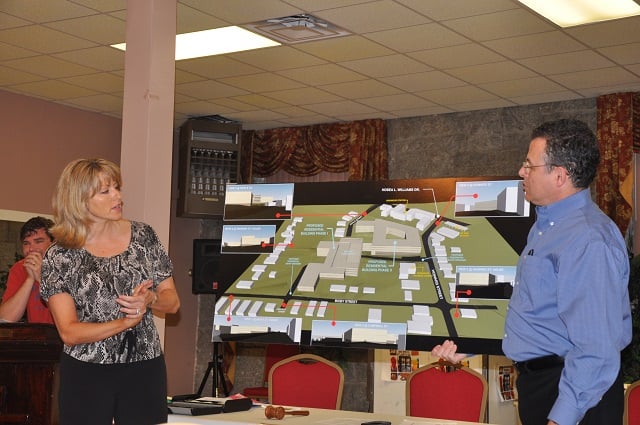 Developers who want to build apartments behind Kirkwood Station told residents on Sunday that their project depends on whether rents will increase enough to support it.

Representatives from Euramex Management spoke during the Aug. 10 Kirkwood Neighbors’ Organization meeting. The company is proposing a 250 to 260 units on property behind Kirkwood Station. The development would consist of one or two-bedroom apartments. The company has the adjacent apartments at 1910 Bixby Street under contract. If the project moves forward, those apartments would be razed and replaced by apartments that would lease for an average of $1,400 a month.

“We are a market rate developer, ” Euramex Vice President Jetha Wagner said. “We don’t do tax credit or income restricted.”

She said the build out of the project will depend on what the market does in the next 12 to 18 months. The developers are proposing apartments that would wrap around secured parking, which would increase the cost per square foot to build them.

Euramex would need to rezone the Bixby apartments and the developers are meeting with residents to get community support for the project as they move through the zoning process.

KNO didn’t vote on the project at the Aug. 10 meeting, but the members did ask several questions.

It will not be a gated community, but the wrap around idea is needed to secure parking, the developers said. The traffic planner for Euramex said the worst case scenario is 53 trips during peak traffic hours. There will also be impact fees that the developer would have to pay the city of Atlanta, and the company is working to make sure that the money is spent on infrastructure improvements around the proposed development.

The developers have also asked the current owners of the Bixby property to sign “short term leases” with current tenants. Storm water detention hasn’t been discussed because the project is still in its early stages of development and the engineering costs are expensive, Wagner said.

Wagner said the apartments would appeal to a range of different tenants.

The next time Euramex returns to KNO, the company will be seeking a vote as a show of support for their project.