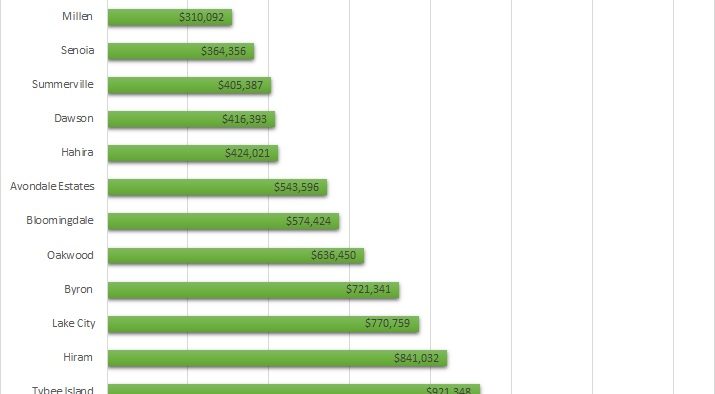 Avondale Estates officials told the public in February that the City Commission needed to amend the 2013 budget by $151,000 because traffic ticket revenues were less than expected.

While budget documents show that the city fell short of the $450,000 in projected 2013 citation revenue, the city’s audit for 2013 shows Avondale Police Officers set a new record for writing tickets. According to the audit, officers wrote 4,368 of them in 2013, the most citations issued since 2004.

“Fines and forfeitures increased $78,380 due to increased traffic enforcement,” the audit says.

Here are the number of tickets issued by Avondale Estates police since 2004, according to the city’s most recent audit:

City Manager Clai Brown and other administration officials did not return messages seeking comment. Mayor Ed Rieker announced in May that the city had decided to stop responding to requests from Decaturish, citing unspecified complaints about coverage an April 12 fire that claimed the lives of two residents. Since that time, Brown has said very little to this publication. The city has a communications manager, Kelly Brooks, who makes $55,000 a year. She is not allowed to speak to the media, however.

While many recent stories about Avondale Estates have required a records request and haggling with the city’s lawyers, the information about traffic tickets was published in different places on the city’s website.

To download the most recent audit, click this link (the info about traffic tickets is on pages 15, 22 and 94): 2013 City of Avondale Estates CAFR

In February, prior to the city’s decision to limit its communications with this publication, Brown said Avondale had seen a drop in ticket revenue because the city had been without a traffic cop for three months and because there were a large number of people on probation because they couldn’t pay the fines.

Documents provided at that meeting show the city budgeted about $450,000 in anticipated traffic court receipts, but only received about $300,000.

Mayor Ed Rieker explained during a February work session that the budgeted number of traffic receipts is, “not a number we expect in terms of revenue. This number we have to stick in there to understand what our costs might be. It’s not a judgment in terms of a good thing for performance.”

City Commissioners approved the budget amendment. Attempts to reach them for comment were unsuccessful. City Solicitor Josie Stevens said she has noticed an increase in the amount of traffic tickets written by police officers, but she doesn’t know why there’s been an increase.

“I have no idea,” she said. “I think that your question would be more properly directed to the chief of police or the city manager. I just take what I’ve got.”

Police Chief Gary Broden did not respond to a message seeking comment.

Here is a chart that shows how Avondale’s 2013 fine and forfeiture revenue measured up to similarly-sized. The information was obtained via the Department of Community affairs, but in some cases information for other class E cities was unavailable. 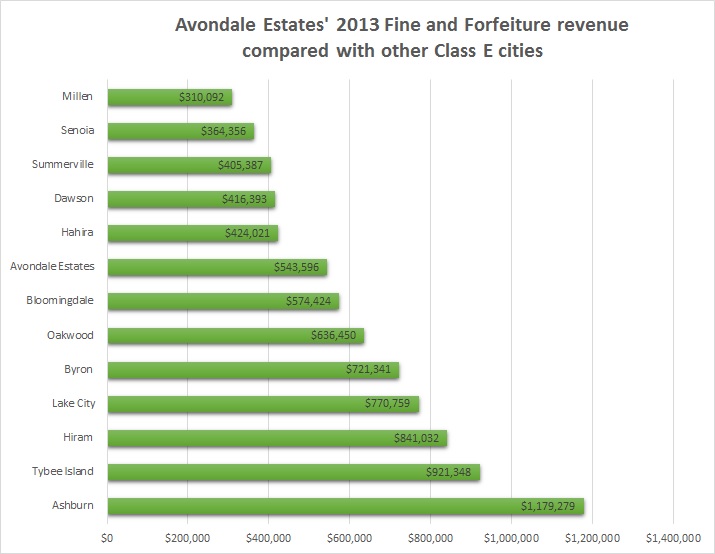 Editor’s note: Decaturish.com believes in transparency and good government, whether you live in a city of 3,000 people or 30,000. We ask tough questions of our elected officials and hold them accountable for their actions. If you appreciate having this kind of journalism in your community, please consider becoming a subscriber. Your monthly contributions will help us continue to provide you with news about your community, without fear or favor.