Avondale residents say ‘no’ to grills at park

Avondale residents say ‘no’ to grills at park 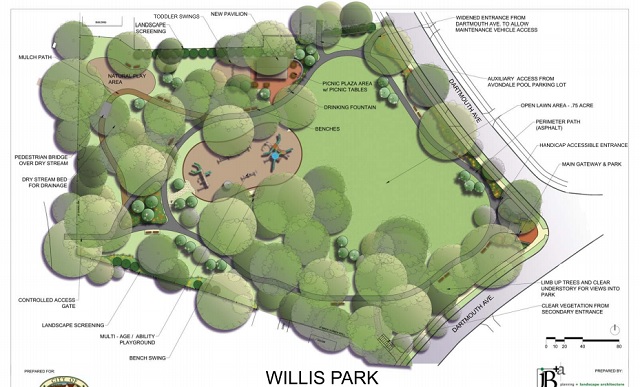 Residents say that grills should be left out of the 3 acre green space located near the Museum School. The renovations have been in the works for several years.  The city published revised designs from landscape architects jB+a, inc. on Aug. 4. The latest designs reflect some of the recommendations made at the meeting, including the suggestion that grills be left out of the park.

“They have no place at all in this park,” one resident said. “We’re already having quite a bit of problems with coyotes. There’s a big wharf rat problem right there where the park is.”

Other residents said they were concerned about the possibility of the grills starting fires in the park.

Commissioner Randy Beebe was sympathetic to the idea of installing grills for people who visit the green space.

“My only concern is if we don’t provide grills, people will bring their own,” he said.

Another nonstarter was a proposed entrance sign with enormous letters arched over two stone columns. Resident Lisa Shortell said the design was a little overdone for Avondale.

“We are very understated,” she said. “It just doesn’t seem to work with the design of the rest of our neighborhood, to me.”

The revised design for the entrance is pending, according to documents posted on the city’s website.

Other ideas in previous plans included “motorized cart” parking and a space for boccie ball.

Mayor Ed Rieker said, “We haven’t talked about money yet. This is going to sort a lot of issues quickly.”

He asked City Manager Clai Brown what the designs presented at the July 23 meeting would cost the city. Brown said it would cost $1.1 million.

“Everybody take a deep breath and say, ‘We can’t afford a million and one, now we’ll figure some stuff out,'” Rieker said.