County argues with residents over sewers

County argues with residents over sewers 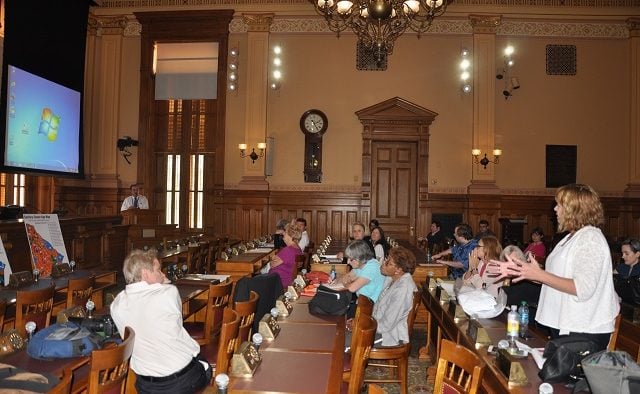 A resident speaks during an Aug. 5 hearing about sewer lines in unincorporated DeKalb County. Photo by Dan Whisenhunt
Share 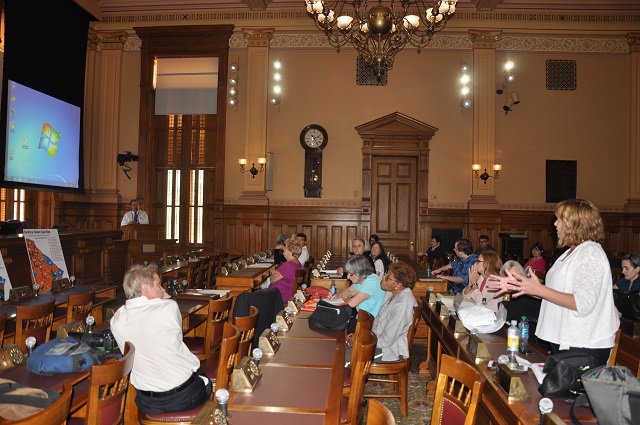 A resident speaks during an Aug. 5 hearing about sewer lines in unincorporated DeKalb County. Photo by Dan Whisenhunt

Residents in unincorporated DeKalb County said during a hearing on Tuesday, Aug. 5, that county officials are giving them the runaround about why they stuck homeowners with the bill for improving sewer lines connected to their houses.

Department of Watershed Management Director James Chansler said that the sewer repairs were always the homeowners’ responsibility, even if the county had taken care of it in the past.

It’s the latest chapter in the sewer saga that involves residents of Scottdale Mill Village and Stratford Green.

State Rep. Karla Drenner, D-Avondale Estates, has led efforts to help residents fight the county’s policies regarding their sewer lines. She called the hearing of the DeKalb Delegation’s Environment Committee as a follow up to earlier requests for information. Drenner said that records regarding residential sewers have gone missing, and the county hasn’t provided sufficient explanation as to why.

“We are concerned that files are being destroyed and they’re not supposed to be,” she said during the hearing.

Drenner and other members of the committee sent a letter to county commissioners in March suggesting that the county may have committed a crime by improperly disposing of the documents.

Chansler wrote a letter on July 30 that those claims are out of line.

“Apparently, either in error or in some cases in attempts to prevent inconvenience or environmental issues for residents, County Department of Watershed Management Crews have responded to calls for help – I am now reviewing how such requests for aid should be handled in the future,” he wrote. “And any suggestion that records have been changed to benefit the county is misdirected and inappropriate.”

During the hearing, Chansler said that a consent decree from the U.S. Environmental Protection Agency required the county to pay closer attention to which lines are its responsibility. He said it has nothing to do with shenanigans by the county’s elected officials, an allegation that came up during the hearing.

“This is the result of EPA action,” Chansler said. “(The commissioners) didn’t make the decision. Because of the consent decree, we’re going to have to start saying some of these things are private and some of these are public.”

In his July 30 letter, Chansler wrote that the county tried to address outdated sewer infrastructure by creating Special Taxing Districts. According to the letter, the districts “allow the county to participate financially with impacted residents to share the costs of bringing their systems up to code, and to spread the residents’ share of the expenses over a period of 10 years. The county feels that this is a more than equitable solution for resolving this issue.”

Residents at the hearing said it’s not fair for them to have to pay to upgrade sewer lines that the county has treated as public until recently.

“I did an open records request to DeKalb Watershed management and I asked for the written procedure that Watershed Management has that allows them to change from public to private,” Kathleen Andres said. “The essence of the response was there is no written policy.”

After the hearing, Drenner said the discussion about the sewer lines isn’t over.

“This issue has not gone away,” she said.