City Schools of Decatur Board of Education during its July 8 meeting. File Photo by Dan Whisenhunt
Share

City Schools of Decatur Board of Education during its July 8 meeting. Photo by Dan Whisenhunt

As of Aug. 6 enrollment in City Schools of Decatur has reached 99.2 percent, according to Chief Operating Officer Kiawanna Kennedy.

That’s up from a 97 percent enrollment reported just a few weeks ago. Two of the city’s elementary schools are becoming crowded, according to information provided by CSD.

Kennedy made her presentation during a School Board work session  on Aug. 11.

According to school system figures, two of its elementary schools – Winnona Park and Oakhurst Elementary – are approaching crowded status.

Westchester, which reopened this fall, has 253 students, which is lower than what is considered an optimal capacity of 267.

Superintendent Phyllis Edwards said that in spite of redistricting some students from Oakhurst to Westchester, it wasn’t enough to control the growth at Oakhurst.

“Even with making those adjustments, the school did not get the reprieve that it needed,” Edwards said. “So you really can’t account for the number of new folks who come in and register and end up being in that particular school. That school and followed by Winnona are the ones that are clearly most crowded … Next year, you’re going to see the same things happening at Westchester, and Glennwood.”

School Board member Julie Rhame said real estate agents already are “going crazy” in the neighborhood around Westchester. Westchester has several openings in its third grade class, due to a concession CSD made to parents during redistricting last year that rising third-graders could remain at their school.

School Board member Annie Caiola said there’s already some grumbling among parents about courtesy tuition students. City Schools of Decatur has stopped accepting out of district students who pay tuition, but the option is available to full time employees.

“It comes right down to a class situation and how many kids are currently slated to a kindergarten class … We have always, at least to my knowledge, taken the position even when we had paying tuition that we place the child in a place where it made sense,” Edwards said.

Rhame asked if the parents have had to make any changes due to the tuition students.

“No, it’s not that it’s personally affected them that way, but I certainly understand the concern from just the district level of are we treating courtesy tuition kids and residents’ kids the same way, or are some people getting to pick what school they go to, and we don’t let residents’ kids,” Caiola said. “It’s just, ‘My school is crowded. Help me understand why we have 15 courtesy tuition kids here, seven of which were new over the past two years.'”

Edwards said the increasing enrollment may force the School Board to reconsider tuition for full time employees.

“It brings back the whole courtesy piece again. It’s certainly a great boost, and it brings good employees in, and I don’t want to see it go away …,” Edwards said. “You may come to a point where you’ve got consider it.”

After the meeting, Edwards said the two weeks before school were “pretty hectic” for enrollment in CSD.

“(I’m) not surprised,” Edwards said. “It is what I expected. It’s just one of those things that we have been facing now for the past five years at least, at least 10 percent increases year-by-year. Even though we have people that’ll say, “It’s got to slow down. It’s got to slow down,’ and it’s not. I would assume what’s going to happen with Westchester. Now that Westchester is open, a lot of those homes are going to turn over. You’re going to see more people coming in. Oakhurst has not slowed down. You have still a number of people on the south side that are coming in. There’s just no way to predict.”

Edwards said the School Board and the City Commission will have joint meetings in October to discuss the city’s annexation plans and how they will affect enrollment in Decatur.

Here are the current enrollment figures, provided by CSD: 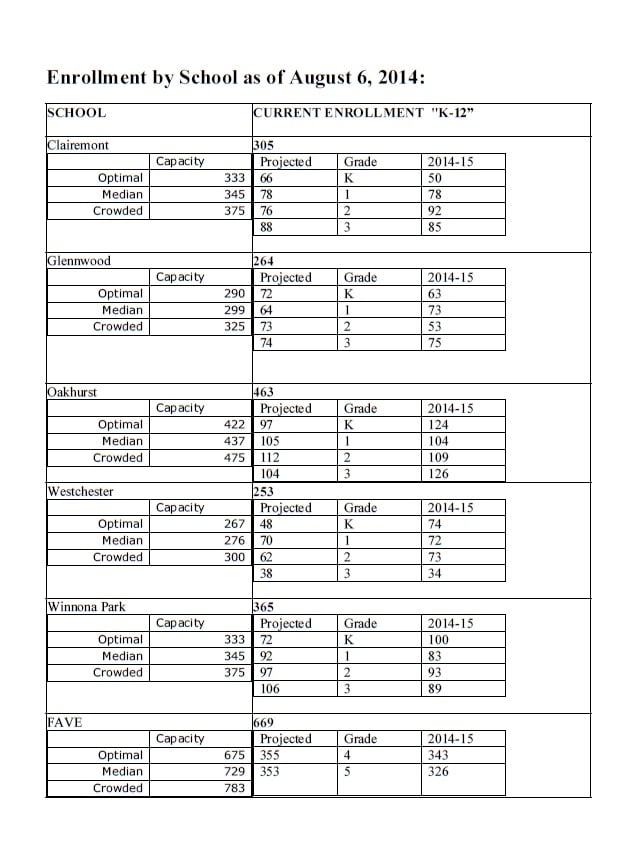 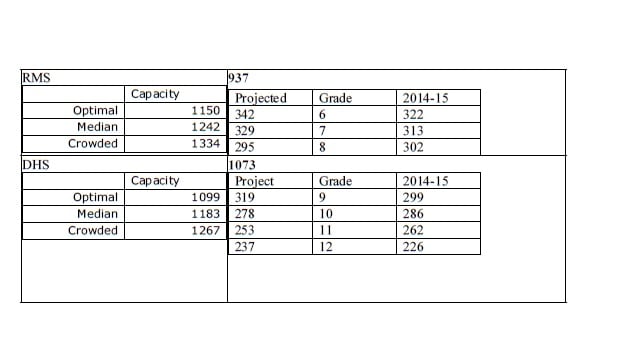