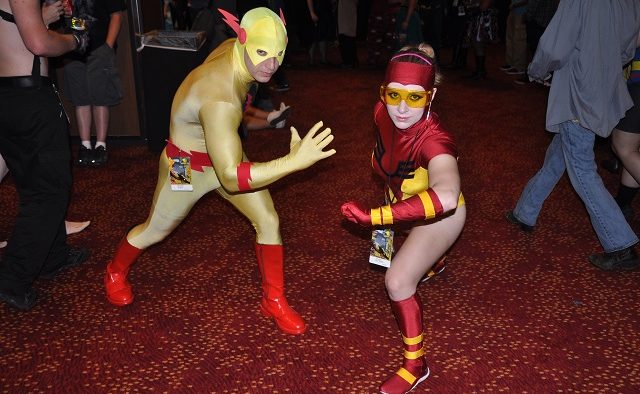 Last night was the pinnacle of con craziness. The Marriott was just jam-packed bum-to-elbow with cosplayers and their geeky paparazzi. We had a friend who was staying there who got us access to the pool area, which afforded us a moment to breathe. Someone dressed like Deadpool stripped down to everything except his underwear and mask before jumping in to troll the water.

We moved on to the less crowded – but still pretty crowded – Hyatt. We found a place to sit somewhere next to the swinging kitchen doors. For whatever reason, people assumed we were waiting in line for the bathroom, so we spent the next 60 minutes pointing in the opposite direction and saying, “Over there.” One guy insisted this must be the bathroom and through the swinging doors. He never came back. I don’t know what became of him, or the kitchen for that matter.

While we were out we got MORE PHOTOS! I’ll name what I can. 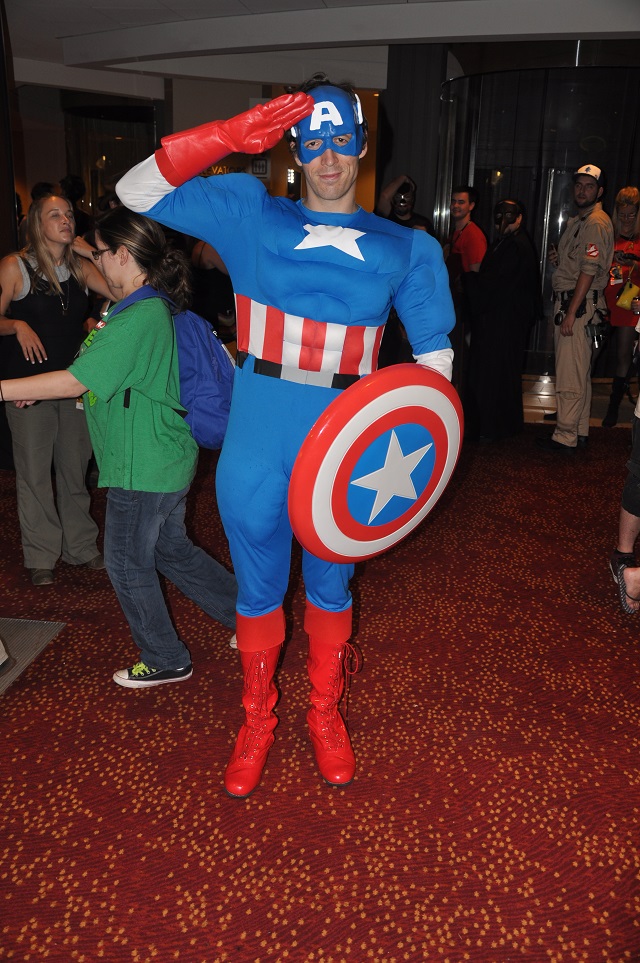 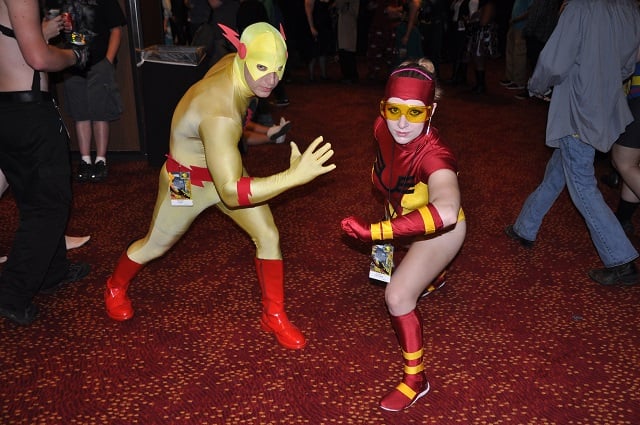 Some versions of the Flash 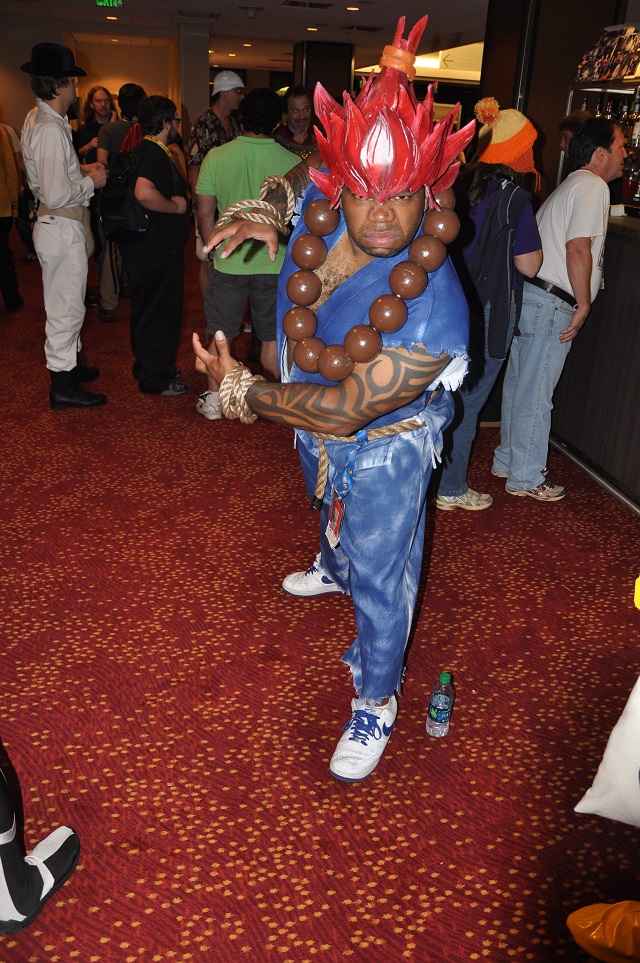 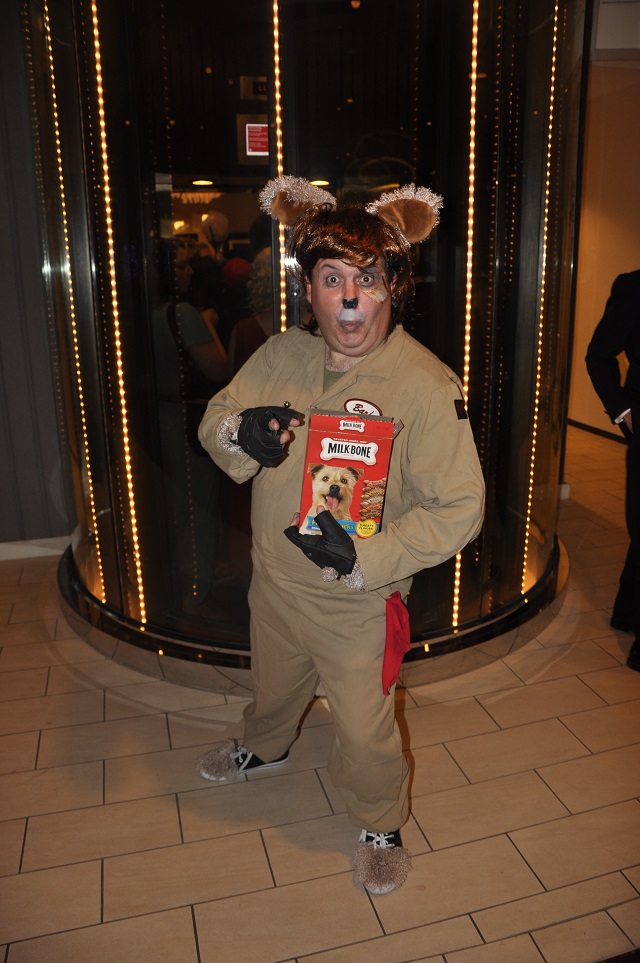 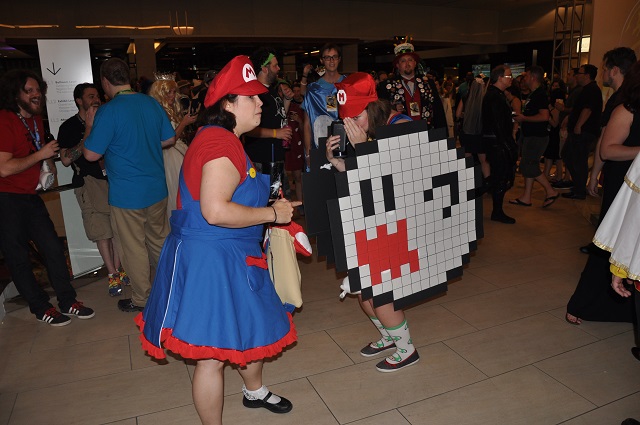 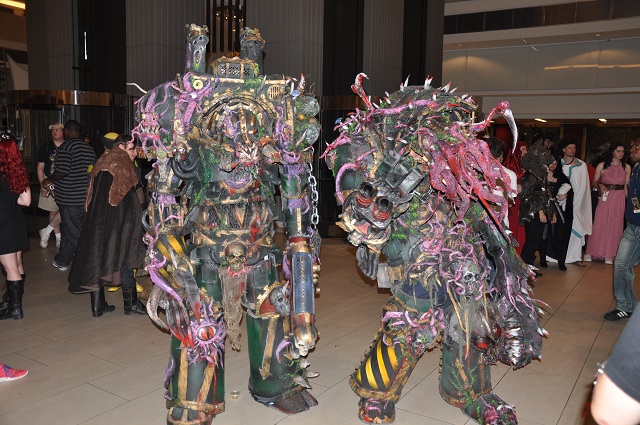 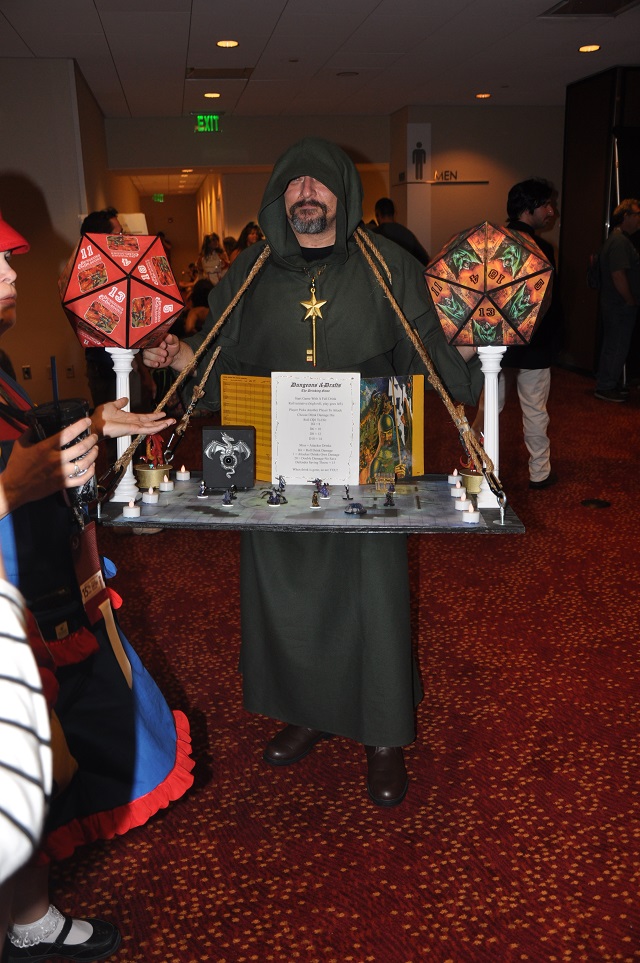 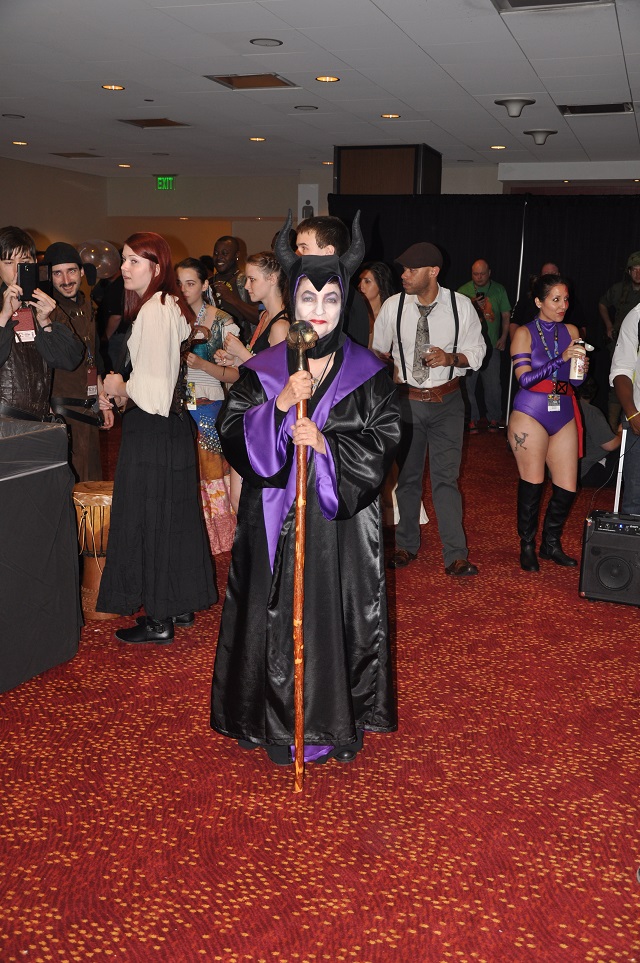 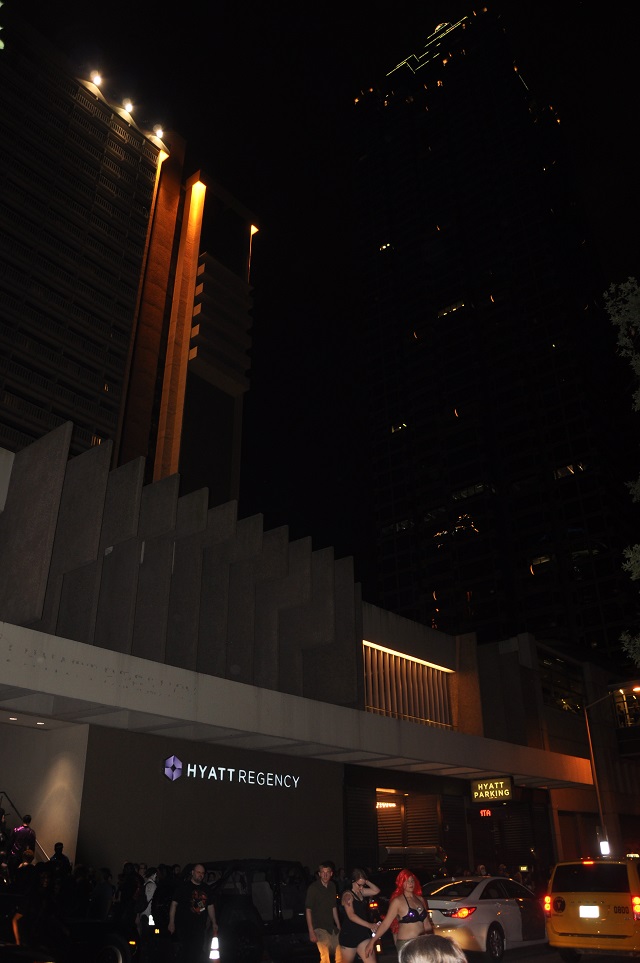 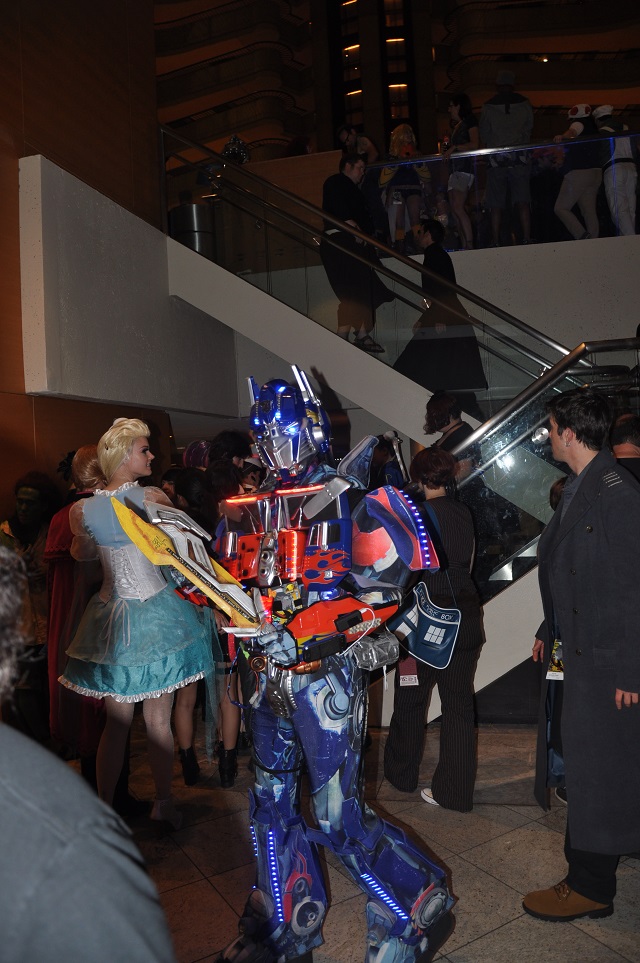 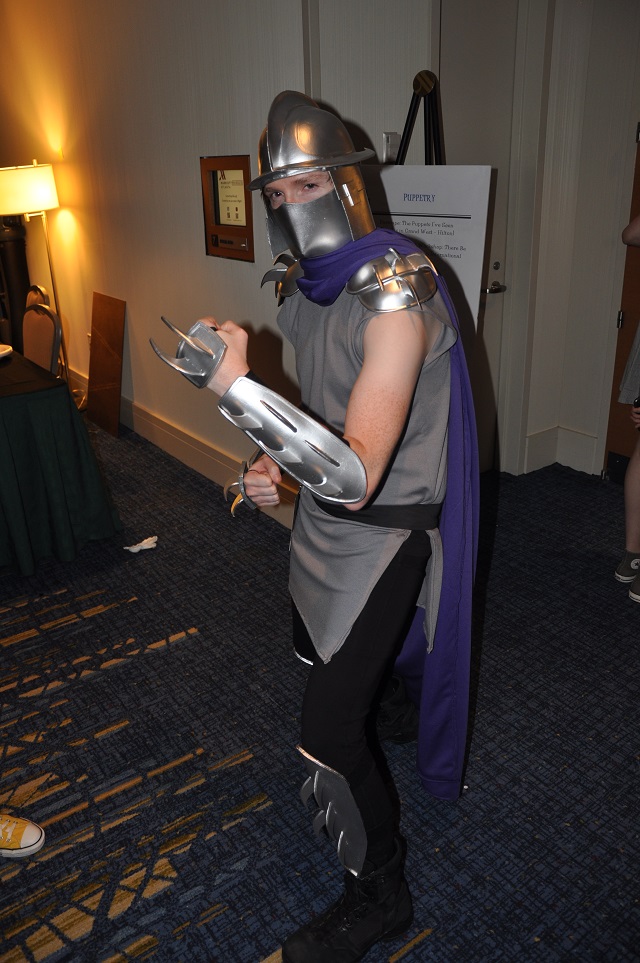 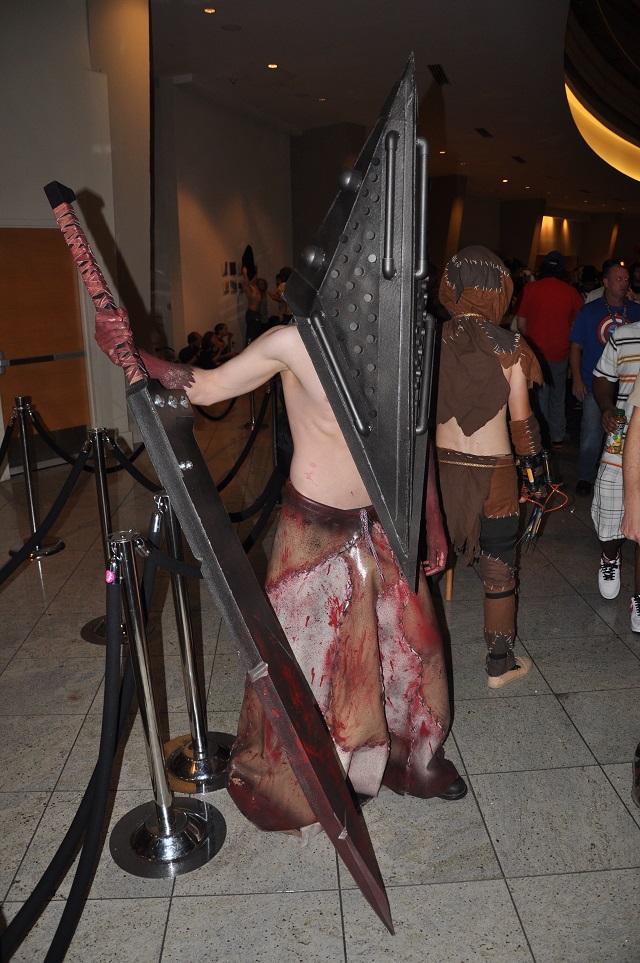 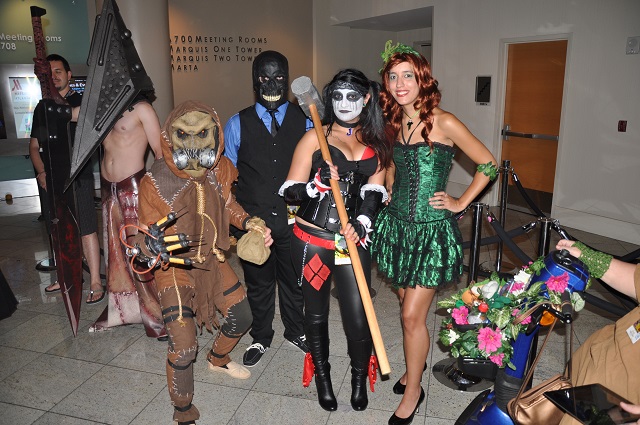 Left to right: Scare Crow, Black Mask, Harley Quinn and I have no freakin’ idea. 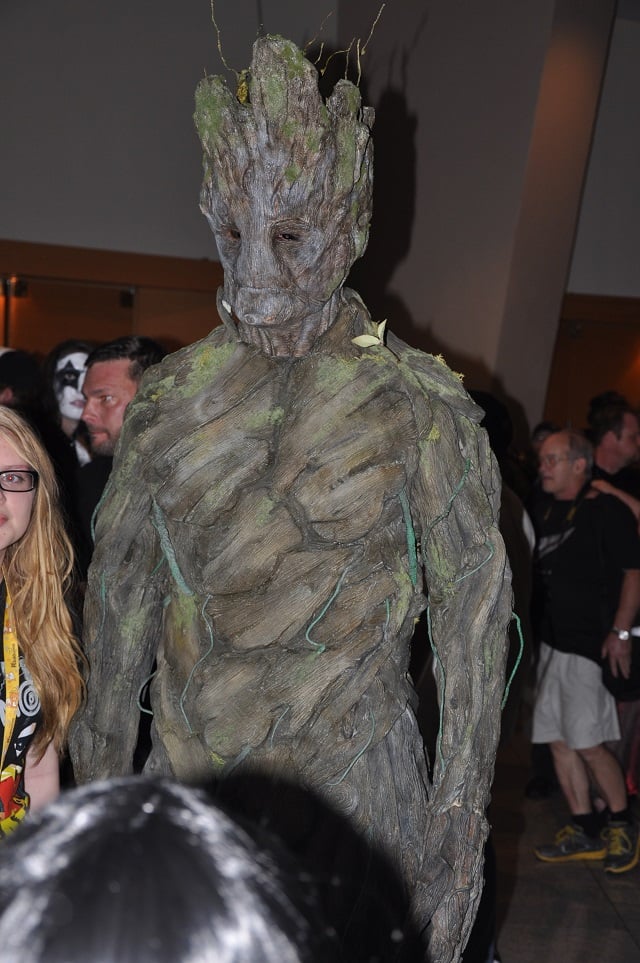 This Groot costume was just jaw-dropping. 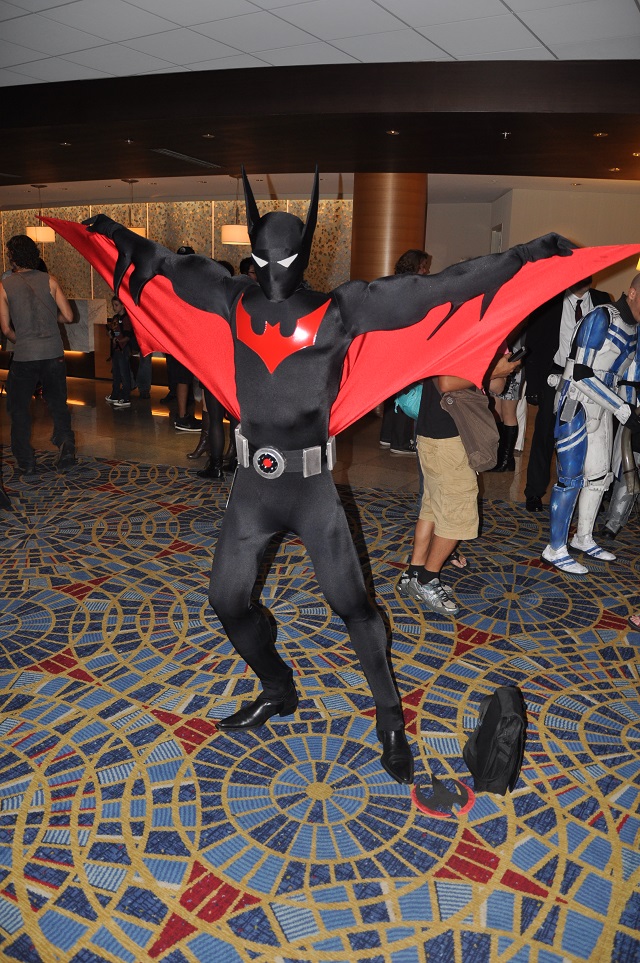 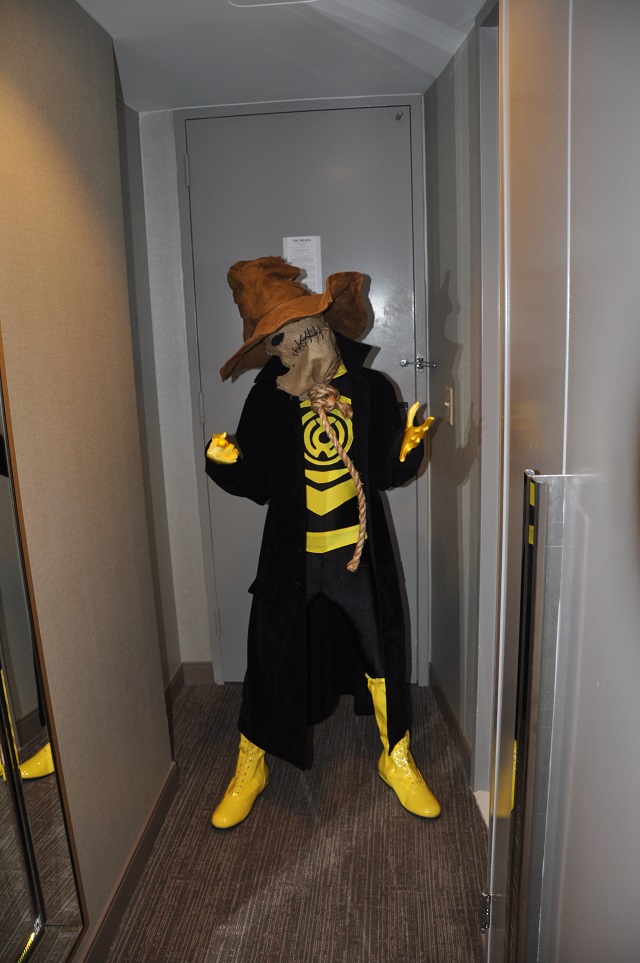 So my roomie, Diego, went as a Scarecrow/Yellow Lantern character. It wins the award for obscure cosplay this weekend.