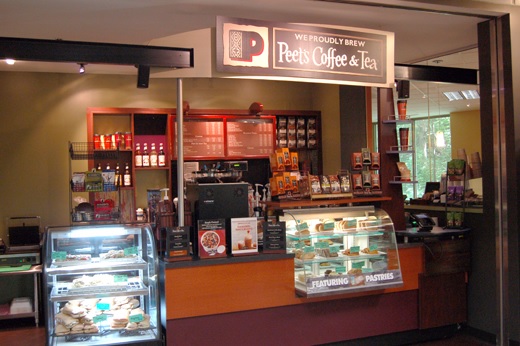 According to the University, Peet’s Coffee & Tea opened on Aug. 18 on the library’s first floor. The San Francisco-based chain will offer food from Highland Bakery, which recently opened a location at the Goizueta Business School.

“The menu includes Peet’s signature coffees and teas, as well as bakery goods from Atlanta’s own Highland Bakery, similar to those offered at the Goizueta Business School location,” the announcement from the University says.

The restaurant space was a Jazzman’s Cafe prior to Peet’s arrival.

“This was a recurring theme in the last few student surveys conducted by the library,” Emory Libraries facilities Director Charles Forrest said in the press release. “Students were asking for better food and drink options.”

For more information about the new restaurant, including store hours, click here.