Euramex has Fenner Dunlop under contract

Euramex has Fenner Dunlop under contract 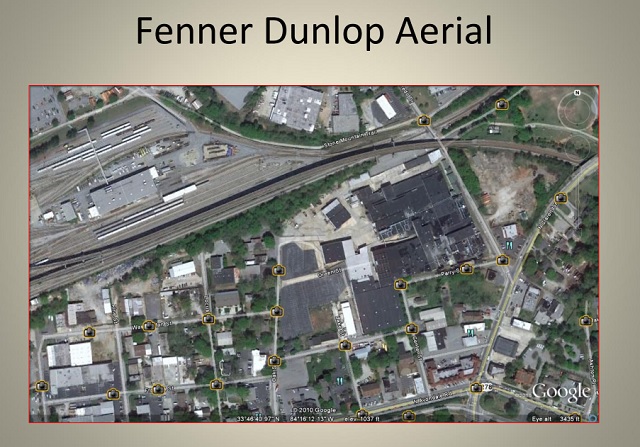 The 13-acre Fenner Dunlop property in Avondale Estates is under contract and the interested buyer is a developer who is also working on a project in Kirkwood.

City Manager Clai Brown announced during the Aug. 20 City Commission work session that the property is under contract, but so far city officials have not said who the buyer is. A source with knowledge of the deal confirmed to Decaturish.com that the buyer is Euramex, a company that is also working to develop high-end apartments in Atlanta’s Kirkwood community. The source is not authorized to speak publicly about the deal.

Avondale Estates annexed nine acres of the 13 acre site in 2010, according to Decatur Metro archives. The plan has been to turn it into a mixed-use development. Brown confirmed that it will be a mixed use development in an interview with WABE.

Euramex is also proposing a development of 250 to 260 apartments in Kirkwood behind Kirkwood Station. The company has the adjacent apartments at 1910 Bixby Street under contract. If the project moves forward, those apartments would be razed and replaced by apartments that would lease for an average of $1,400 a month.

Decaturish.com has left a message with Euramex and this story will be updated if the company responds.

The Fenner Dunlop site was was once a mill, which was later decommissioned, and most recently was the site of a conveyor belt plant, which closed in 2009. It has frontage on Laredo Drive, Parry Street and Oak Street.

Correction: An earlier version of this article made reference to buildings on site, but a reader has pointed out that those buildings have since been demolished. The original information came from documents published on Avondaleestates.org.