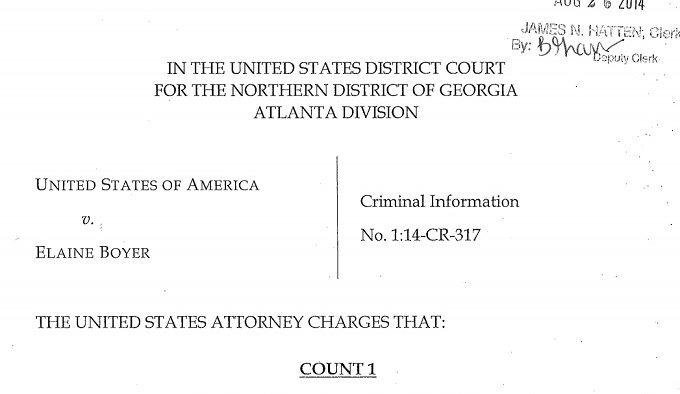 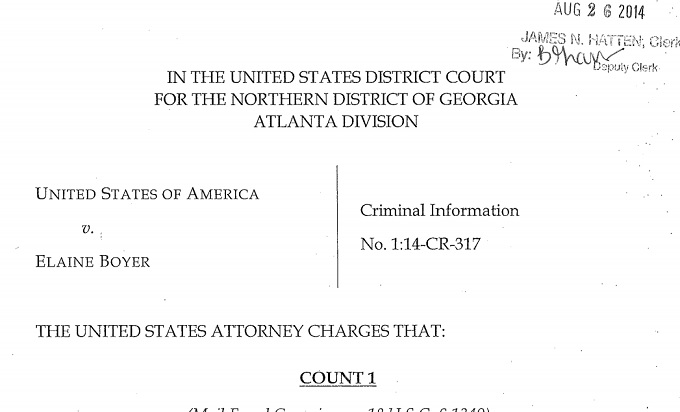 The Atlanta Journal Constitution reported today that Boyer announced she would plead guilty to charges of mail fraud and wire fraud related to her actions while serving on the commission. Boyer represented the northern part of DeKalb County, including the cities of Brookhaven and Dunwoody and the Tucker community. According to the charges filed by prosecutors, each commissioner’s office has an operating budget of $250,000 per year.

“Based on requisition requests from Boyer, DeKalb County mailed, via the United States Postal Service, approximately 35 checks to (the) Advisor for consulting services that were never performed,” the document filed by prosecutors says. “In total, DeKalb County paid (the) Advisor more than $78,000.”

But much of that money went to Boyer, prosecutors claim. They allege that 75 percent of it – $58,000 – was deposited into Boyer’s personal bank account, which she used to pay personal expenses.

The wire fraud charges stem from Boyer’s use of a county purchasing card. Prosecutors allege that Boyer made more than 50 personal purchases with the card between 2010 and 2014, including airline tickets and hotel rooms for personal travel.

To read the charges filed by the U.S. Attorney’s Office, click this link: Boyer – Stamped Information