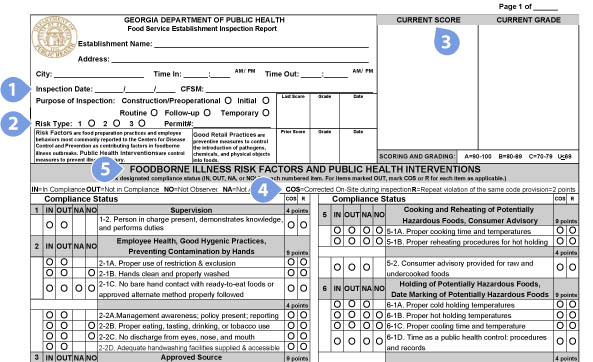 The restaurateurs say they have always taken food safety seriously.

The Health Department says nothing about its process has changed and that its inspectors are following the same health codes that have been in place for years.

After Brick Store received its initial score of 59, the owners said “the restaurant sanitation grading system is seriously flawed, and we disagree with several key interpretations of the code that led to this grade.”

Other restaurant owners agreed and said the health department has come down hard on them lately.

“Do I think things have changed for established restaurateurs and restaurants and establishments? Yes, I do,” Pallookaville owner Jim Stacy told Decaturish. “Do I think it’s correct? It’s not really my call. I’m waiting on (the inspector) to return because there were some specific issues that I think were incorrect, and some things that we had to correct that I think were unnecessary, but we did anyway to satisfy the four hour inspection we were put through. I think that an inspection of that length and detail is going to turn up things that normally would never be an issue. That’s kind of my take on it.”

Many of Pallookaville’s violations were corrected onsite, like the garden hose connected to the food prep sinks. The inspector said it needed to be of food grade material. The inspector also said, there was “No hand washing sink available in upstairs food prep and food storage area.”

“We are now the proud owners of three hand sinks within 10 feet of each other,” Stacy said.

Billy Allin, owner of Cakes & Ale, said the Health Department dinged him for things that didn’t attract notice during last year’s inspection, when the restaurant received a 90.

On his recent health inspection, the inspector observed fruit flies behind the dessert bar. Allin said he works to control pests. He said it’s virtually impossible to eliminate all fruit flies, particularly when farmers regularly bring in fresh produce.

“I’ve not been in a restaurant that doesn’t have a few fruit flies,” Allin said. “We try our best to eradicate them and keep it limited. We clean the drains, pour a light bleach solution down them and cover them with plastic. We cover them every day. As someone comes in the front door, (fruit flies are) going to come in with them.”

Allin said he was warned about using linens – like the ones used as napkins – to absorb the moisture that gathers on vegetables in the bins. Allin said the restaurant always uses new linens and they are not mingled with the ones that customers use to wipe their faces and hands. The health inspector recommended Cakes & Ale use cheesecloth instead, he said.

“It’s very expensive per foot,” Allin said. “I’m not going to cut cheesecloth to put on top of every vegetable. That’s going to put me out of business.”

Health Department spokesperson Vickie Elisa said that the same health regulations have been in place since 2008. She asked whether anything within the restaurants had changed.

“You should be able to pull up (their older scores) to look at any kind of trending data to support what they’re saying,” she said.

Pallookaville is new, and only has one prior health inspection. The restaurant received a 99.

Here are the prior scores for Brick Store and Cakes & Ale.

“Uniformly all of our inspectors go by what is the established code,” Elisa said.

Stacy and Allin said they are working hard to ensure that they don’t stumble on future inspections.

“I will say that I think there’s a disconnect between what they’re looking for that could cause food borne illness or problems and what actually does,” Allin said.