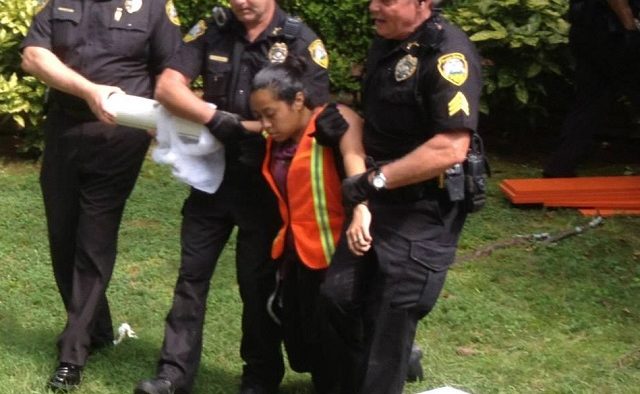 FILE PHOTO USED FOR ILLUSTRATION PURPOSES: Mariam Asad is carried away from the home of Mark Harris by Avondale Estates Police officers on Aug. 10, 2013. Photo provided to Decaturish
Share 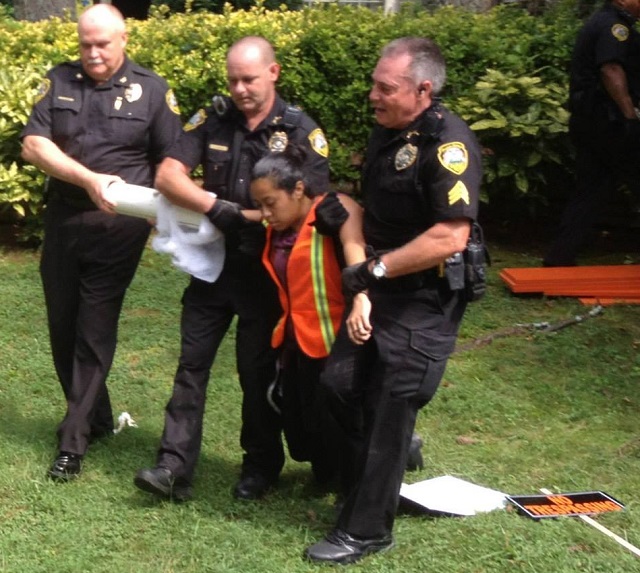 Mariam Asad is carried away from the home of Mark Harris by Avondale Estates Police officers on Aug. 10, 2013. Photo provided to Decaturish

On Aug. 10, 2013 three members of the Occupy movement – Mariam Asad, Tim Franzen, and Daniel Hanley – sat in the driveway of Mark Harris’ Avondale Estates home and refused to leave as officers tried to evict Harris, a Gulf War veteran. The protesters were charged with criminal trespassing and obstructing police officers.

The case went to trial this week and jurors deliberated into Thursday evening. Occupy reported via social media that on Friday the jury announced it was deadlocked 5-1 on trespassing charges and 4-2 on obstruction charges.

Here is video from Friday’s press conference following the verdict.

Disclosure: Mariam Asad is an acquaintance of Editor and Publisher Dan Whisenhunt known through mutual friends. He is this company’s only full time reporter available to cover breaking news events.