‘Rage’ remains to be seen

‘Rage’ remains to be seen 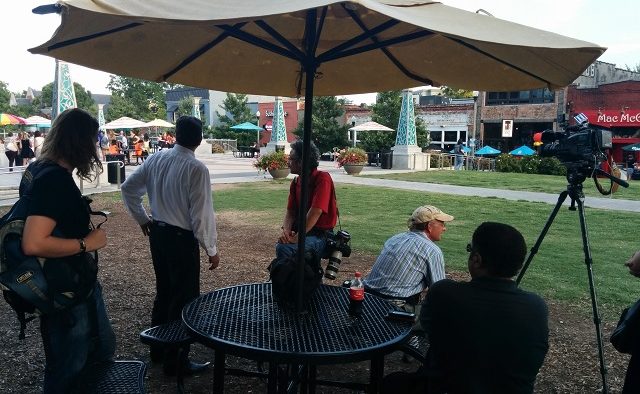 Reporters wait by the Decatur Courthouse for a "Day of Rage" protest on Aug. 21. The protesters never showed up. Photo by Dan Whisenhunt
Share 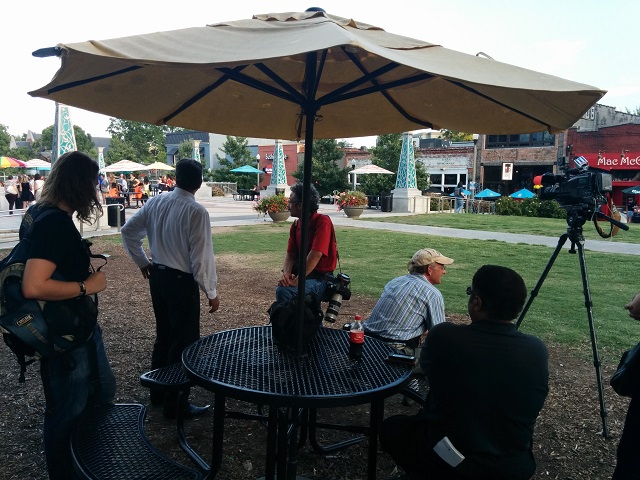 Reporters wait by the Decatur Courthouse for a “Day of Rage” protest on Aug. 21. The protesters never showed up. Photo by Dan Whisenhunt

There wasn’t much to the whole “Day of Rage” protest after all.

Yesterday there were some internet rumblings about the internet group Anonymous planning a “National Day of Rage” protest in cities around the US, including Decatur, Ga. The protest was supposed to take place on Aug. 21 in front of the Decatur Courthouse. It was billed as a response to the Aug. 9 shooting of Michael Brown by a Ferguson, Mo., Police Officer. Brown was unarmed at the time of the shooting.

There were a handful of reporters there who began to call their editors and station managers about 15 minutes after the supposed protest’s 7 pm start time. There were a few Decatur police officers near the scene, and officers from DeKalb County and MARTA were also seen hanging around other parts of the city, but you wouldn’t have noticed the police officers if you weren’t looking for them.

Nearby Decatur city officials were wrapping up an evening of entertaining officials from other cities by having a drink in front of one of the restaurants on the Decatur Square.

City Manager Peggy Merriss said the city was prepared, no matter what.

“We were aware of it. Our emergency management folks were on top of it. They took care of it. We had a plan. Luckily we didn’t have much of a turnout,” Merriss said.

Merriss said she understands the need for people to vent about things going on in the world.