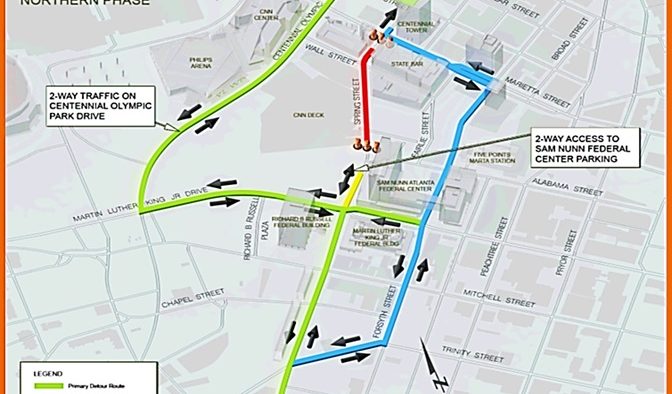 This will be fun.

The Georgia Department of Transportation has announced it will soon begin replacing the 92-year-old Spring Street viaduct in downtown Atlanta, a $20.6 million project that will take more than two years to finish.

The viaduct crosses over the CSX railroad in downtown Atlanta.

Crews already are relocating utility lines attached to the viaducts. The first street closures will begin on Sept. 2, if the weather is good.

“The viaduct portion of Spring Street stretches from Mitchell to Marietta streets and the replacement project also will encompass the section of Martin Luther King Jr. Drive between Forsyth and Spring streets,” the announcement from GDOT says. “Closures and detours are being determined and managed by the City of Atlanta and essentially will come in two phases as the project progresses.”

During the first part of the detour, the northern end of Spring Street will be closed and there will be a posted detour route. That detour is supposed to remain through fall of 2015, GDOT says.

Here is a map of the Phase 1 detour, provided by GDOT (this is the highest res image GDOT provided): 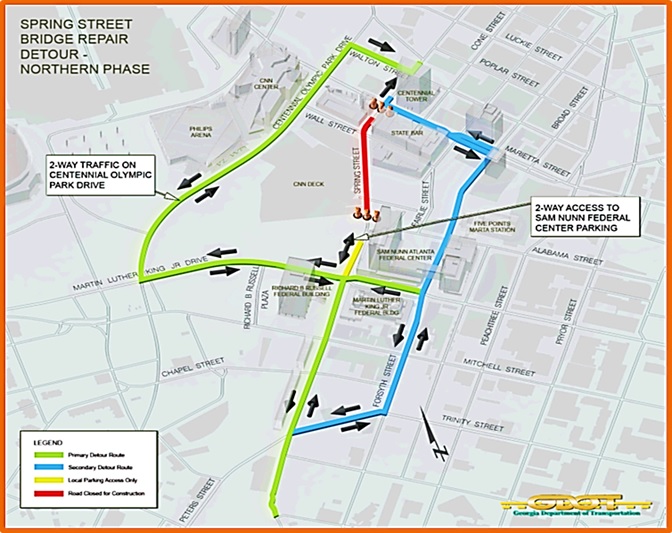 Starting next fall, GDOT will implement a second detour that will remain in place through 2016 for work on the southern end of the project.

The estimated length of the project is 36 months.