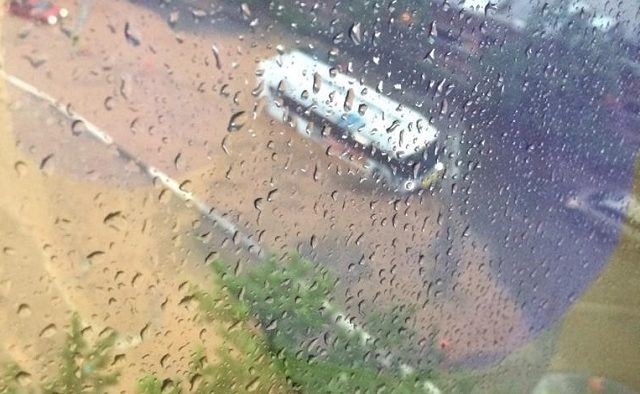 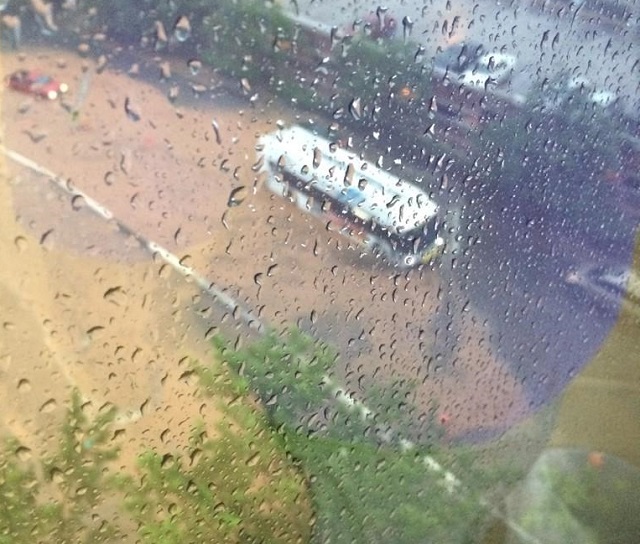 Picture sent to us by Twitter user Will Brodnax

City Schools of Decatur Officials sent out notices to parents saying that students at Decatur High and Renfroe Middle are being kept at school until the current inclement weather passes.

Cars were lined up along McDonough Street while the drivers waited for a break in the rain.

According to the National Weather Service, most of the metro area should expect scattered and numerous thunder showers and storms throughout the day. NWS predicts locally heavy rainfall, lightning strikes and strong winds.

DeKalb County has confirmed that Recorders Court will be closed on Monday due to damage sustained during this afternoon’s storm.

Everyone who is scheduled to appear Monday will be notified with a new court date.  Recorders Court staff will report to work, even though the courthouse will be closed to the general public.

Decatur Police Sgt. Jennifer Ross said the department has been busy this afternoon.

“We have been responding to various calls regarding flooding, lines down and alarms,” Ross said.

This an ongoing story. Check back for updates.