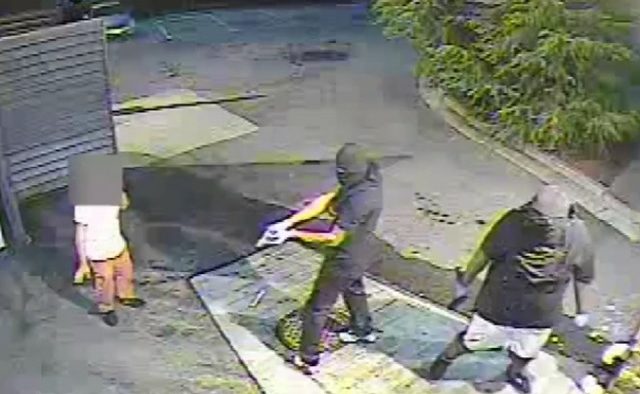 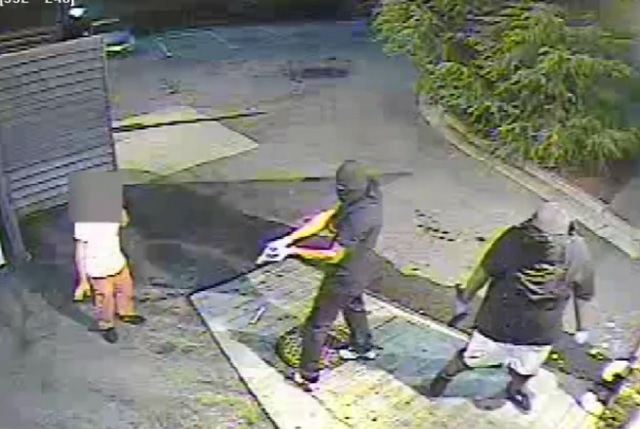 The Atlanta Police Department is asking for the public’s help in locating suspects in the Aug. 10 armed robbery of the Benihanna Restaurant in Buckhead.

According to the report, shortly before midnight three men wearing masks came out of the nearby bushes armed with automatic weapons. The victims told police that one suspect waited by the dumpster, one opened the door and the third man ran inside. All three suspects fled the location on foot headed toward Peachtree Park Drive NE. The suspects stole about $10,000, according to the police report.

The manager was injured and bleeding heavily from the left ear, though it’s not clear how he was injured.

Here’s video of the robbery suspects, provided by APD.

Any information on the case can be submitted anonymously to the Crime Stoppers Atlanta tip line at 404-577-TIPS (8477), online www.crimestoppersatlanta.org or by texting CSA and the tip to CRIMES (274637). Persons do not have to give their name or any identifying information to be eligible for the reward of up to $2,000 for the arrest and indictment of the suspects.