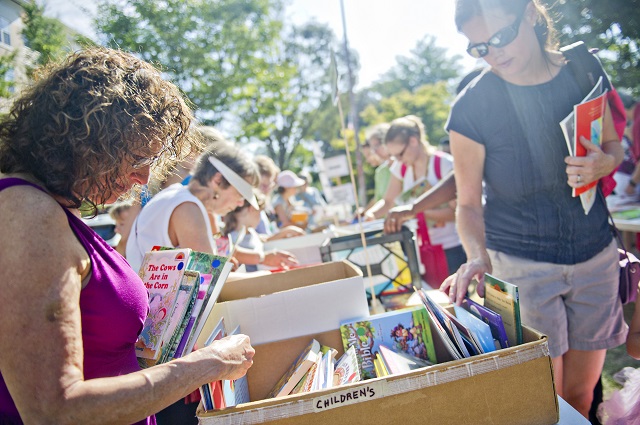 The Decatur Book Festival brought thousands of people into downtown Decatur over Labor Day weekend and set a new record for attendance.

According to DBF, 90,000 people came to the ninth annual festival this year. It’s claimed to be the largest independent book festival in the country.

The festival brought in more than 600 authors and the keynote speaker this year was author Joyce Carol Oates.

“It was another record-setting year for the Decatur Book Festival, and our hundreds of events went off without a hitch,” Programming Director, Philip Rafshoon said via press release. “From our Keynote and Kidnote addresses on Friday, until the last book was signed on Sunday night, we had larger crowds than ever before and a solid, quality lineup across the entire literary spectrum.”

The executive director says there are bigger plans for next year.

“Every year the AJC DBF tries to outdo and redefine itself. This year our author lineup was phenomenal and we brought in new types of programming with art|DBF, the Decatur Makers Tent, and our outdoor cooking stage,” Executive Director Daren Wang said in the press release. “The audiences were larger, more diverse, and even more engaged. It was easily the best DBF so far, but you ain’t seen nothing yet.”