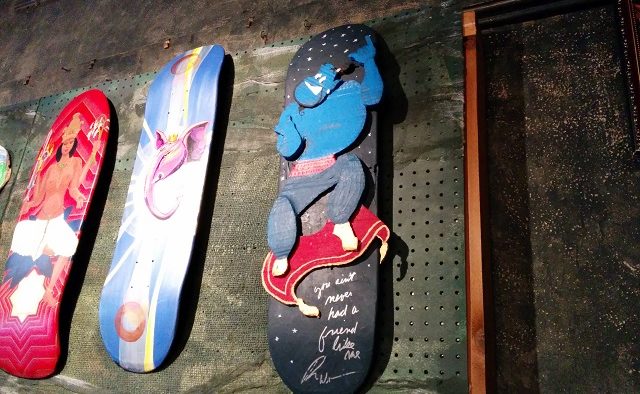 A skateboard signed by Robin Williams hangs on the wall of the Brick Store in Decatur, Ga.
Share 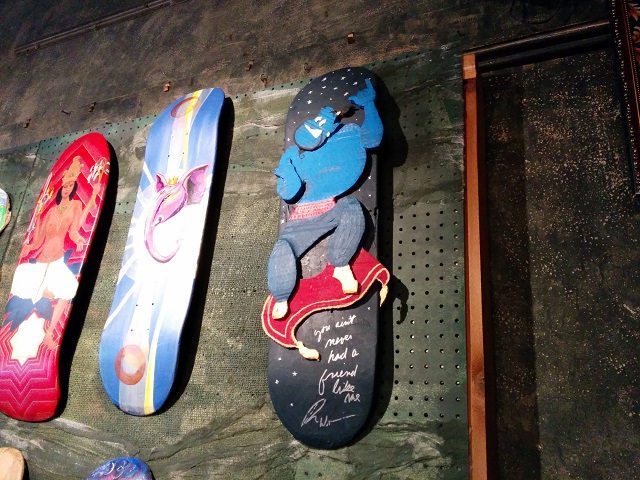 A skateboard signed by Robin Williams hangs on the wall of the Brick Store in Decatur, Ga.

A skateboard hanging on the wall at the Brick Store in Decatur is generating a lot of buzz because of the man who signed it.

The deck features a picture of the Genie from Disney’s “Aladdin.” The signature on the back says, “You ain’t never had a friend like me.”

That friend is the late Robbin Williams, who passed away last month. The skateboard is being auctioned off as part of SkaterAid, an annual fundraiser that supports families affected by pediatric cancer. The artist, Cody Gallo, was friends with Ian Wochatz, whose battle with cancer was the impetus behind the  event. Gallo worked with Williams on “The Crazy Ones” and convinced him to sign the skateboard, according to a press release.

According to a press release about the event, Gallo attached a letter to the deck that says, “Designing a board with the Genie skating on the magic carpet struck the perfect resonance for me, and for my childhood connection with Ian. The Genie represents the ‘three wishes’, and the desire to have those three wishes, especially when people close to you are hurting.”

There will be a live auction on Sunday, Sept. 28, 109 New St. in Decatur, Ga., one block west of the Avondale MARTA station off College Avenue, form 2 pm to 7 pm. Festival tickets are $10 for adults and $5 for students.

Assistant General Manager Erin Sargent said the restaurant has always been a big supporter of the event.

“Every year the artists come and we have an artist reception here,” she said.

Correction: An earlier version of this article contained incorrect information about the last day of the online auction and location of the live auction. This article has been updated to reflect the accurate information.