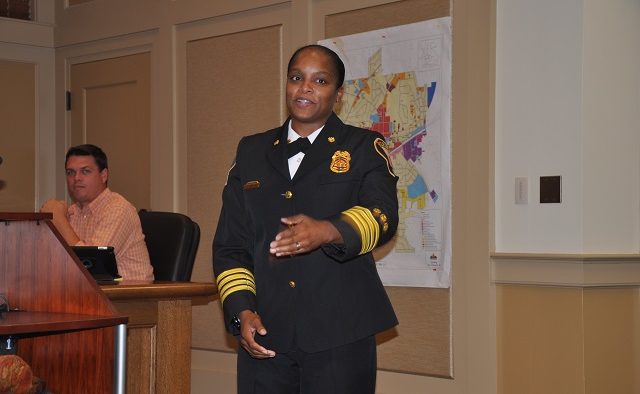 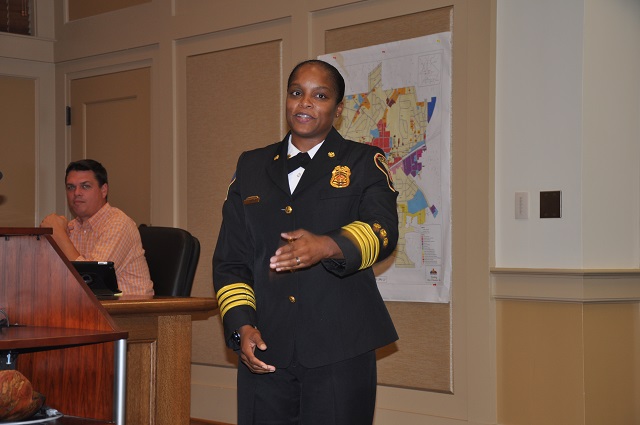 The promotion was announced during the city commission’s Sept. 2 meeting. Burton’s promotion was effective at the beginning of September. Her previous title was Fire Marshal, and Chief Toni Washington told commissioners she will still have those duties, in addition to being the deputy chief.

“We’re not letting her out of that,” Washington said.

Commissioners asked Burton if she had anything to say about her promotion, but she politely declined. Washington praised her new deputy.

“We’re really proud of her and we’re glad that she’s moved up,” Washington said.

City Manager Peggy Merriss said in press release that, “(She) is already a familiar face to many residents and business owners in the City of Decatur. She is an experienced fire fighter who brings a high level of expertise to her new role as Deputy Fire Chief.”