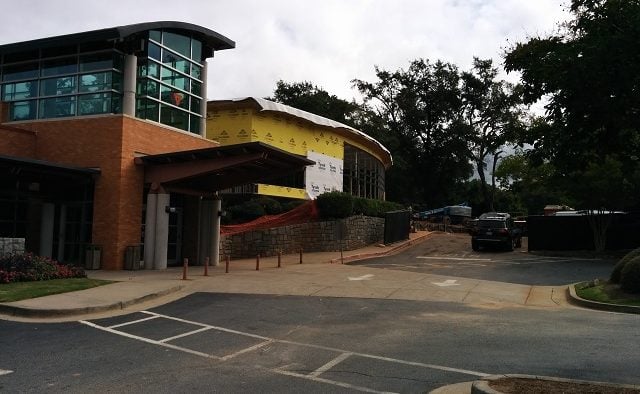 The expansion of the Decatur YMCA is expected to be completed in December. Photo by Dan Whisenhunt
Share 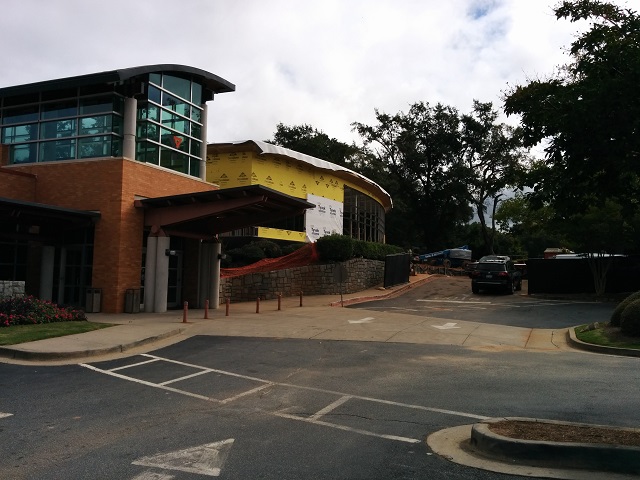 The expansion of the Decatur Family YMCA is expected to be completed in December. Photo by Dan Whisenhunt

The expansion of the Decatur Family YMCA on Clairemont Avenue in Decatur has been going on for a year.

On Thursday, a man working at the desk had to raise his voice to talk to YMCA members so he could be heard over the sound of the drilling and hammering behind him.

Employees and members at the YMCA won’t have to wait much longer for some relief. Associate Executive Director Jan Lauten said everything should be completed by December.

“The wonderful thing is now all of the construction is upstairs,” she said. “So now we’re functional downstairs.”

The YMCA is adding 3,500 square feet, which includes a 3,000 square foot wellness center. The remaining 500 will be dedicated to a whirlpool, Lauten said.  The expansion is also adding 20 parking spaces, for a total of 110.

The wellness center will take the place of the YMCA’s offices, and will include strength equipment and exercise machines that are being relocated from the downstairs portion of the building. All of the offices will move downstairs, Lauten said.

Lauten said the expansion cost the YMCA $4.6 million, $200,000 of which came from a fundraising campaign. The rest came from a bond issued by the Metro Atlanta YMCA, she said. The rates for members are not going up, she said.

“The rates right now are going to stay the same,” she said.

Lauten said the YMCA would not raise fees for Decatur’s 10,000 members just to cover the cost of the facility and said any decision about fees would have be made by the Metro YMCA. She also said the aim of the expansion isn’t attracting new members.

“That’s not our goal,” Lauten said. “Our goal was to serve the members we currently have. If new people come, that’s wonderful. We really wanted a state of the art wellness center.”

The project began last year after the City Commission in August approved the YMCA’s request to change the land use designation of property on Maederis Drive. The approval came after the YMCA negotiated several points with the Westchester Neighborhood to win their support for the project.

Lauten said the project includes a green space that the neighborhood will be able to use.