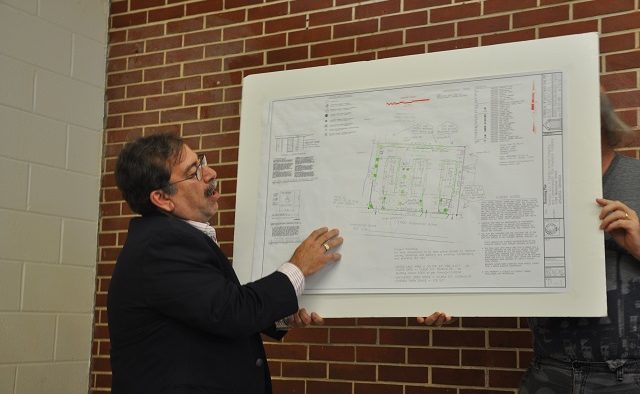 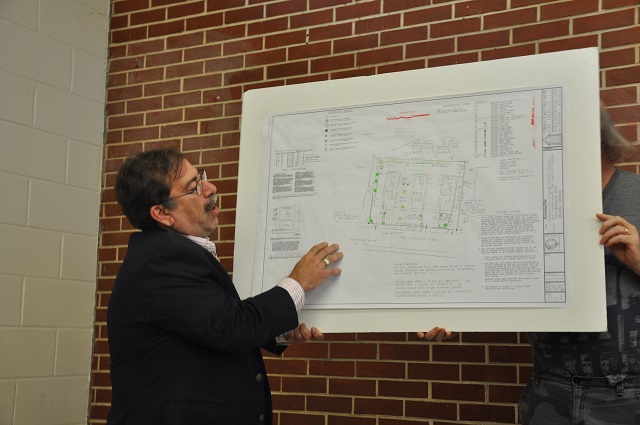 Developer Stephen Mansfield discusses his plans for apartments on Memorial Drive during the Aug. 26 NPU-O meeting. Photo by Dan Whisenhunt

A neighborhood advisory group recently voted in favor of a plan by Stephen Mansfield, CEO of Aletheia Ventures, to redevelop apartments at 1760 Memorial Drive in Kirkwood.

Mansfield appeared before the Neighborhood Planning Unit O last week and members voted 9-1, with one abstention, to support the rezoning application for the project. The developer is also requesting variances for the side and rear setbacks.

Mansfield told the NPU he has the property under contract, but plans to close as soon as he can get zoning approval from the city. There are currently 18 apartments on the site.

“My goal is to take those down build a new facility,” Mansfield said.

He said he would like to develop a four-story building located above retail spaces, with parking underneath the structure.

He said he’s planning for 21 one-bedroom units and 11 two-bedroom units, with monthly rents ranging from $1,000 to $1,200, assuming the property can be rebuilt. He said if he decides to renovate the existing structure, rents would range from $750 to $850.