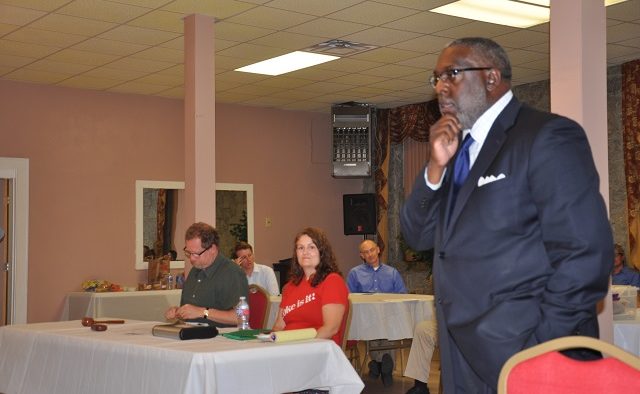 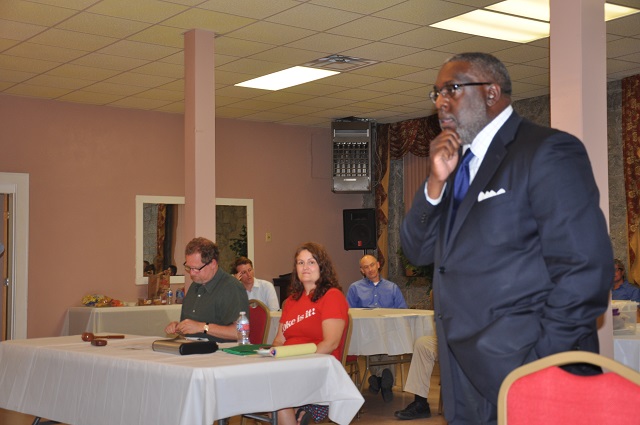 A representative from Georgia Power was busy playing defense in front of the Kirkwood Neighbors’ Organization last week as residents grilled him about the power company’s lease with a local lounge.

Mitchell King, region manager for Georgia Power, told KNO members that the company has leased parking space to Morris Restaurant and Lounge for over a decade. In June, King said that the company had investigated complaints about the parking lot and decided to keep the lease agreement, while noting there were a “few issues” the owners needed to address.

During the Sept. 10 meeting, King said that Georgia Power has asked the owners to produce a parking permit for the space the power company is leasing to the business.

“We’ve asked for verification of that,” he told the KNO.

KNO members asked King what Georgia Power intends to do about a number of concerns residents have raised about the property. The owners have received two noise citations, and recently agreed to work with neighbors to address their complaints about the volume. Shortly after the most recent hearing on the noise complaint, Atlanta Police responded to a call about an assault at the club. The victim of the assault, Franklin Morris, and the suspect, Roosevelt Morris, are brothers and part of the family that owns the lounge. Franklin declined to press charges.

King said that’s not an issue Georgia Power can address. He also said there is no “upcoming end date” to the power company’s lease with Morris Restaurant and Lounge. King said the power company has “several hundred” of these kinds of leases for other properties it owns around the state.