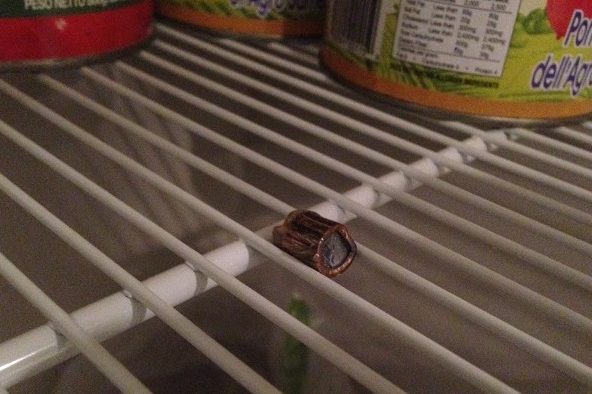 Arien Holden sent Decaturish this photo of a bullet he found in his pantry in his Kirkwood home.
Share 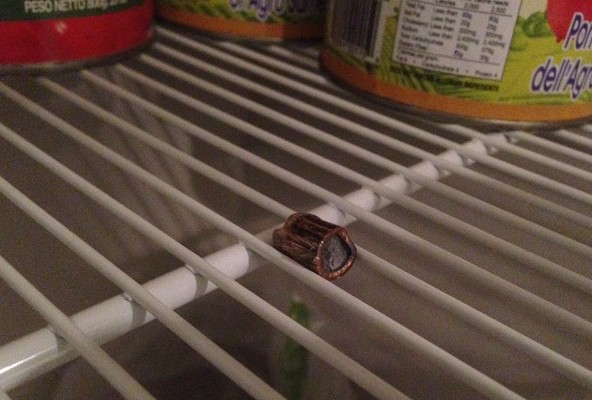 Arien Holden sent Decaturish this photo of a bullet he found in his pantry in his Kirkwood home.

Holden returned home before midnight and saw some wood chips on the floor. He was about to scold his dog for gnawing on something when he noticed the hole in his pantry door.

When he opened the pantry he found a bullet in the bracket next to a can of tomatoes.

“I think it’s a little unsettling, definitely unnerving,” Holden said, noting the bullet hole is located about where his chest is when he stands in the kitchen. “I spend a lot of time in the kitchen.”

Atlanta Police came out and filed a property damage report and collected the bullet. The bullet came to Holden’s pantry by way of the window, through his wooden blinds.

Holden said officers who showed up to his house told him that the bullet was likely a stray from a gang fight at the nearby Edgewood Court Apartments that had gotten lost on its way to its intended target. 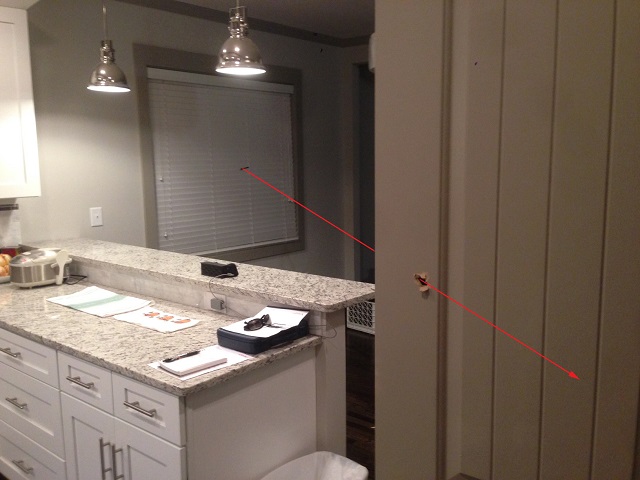 Arien Holden also sent this photo showing the path of the bullet.

“He said there’s a couple of gangs that live over in the Edgewood Apartments and they frequently have these skirmishes with gangs in another area of Atlanta, so I think that’s what they were assuming happened last night,” he said.

The damage report doesn’t offer much detail on that point, but does note that “Dispatch advised there were shots fired in that area but had no further” information. Neighbors reported hearing multiple gunshots.

Holden said he is stills shaken by the incident.

“I’m definitely concerned,” he said. “I did some research before moving here and I knew it was somewhat of a transitional neighborhood and I’ve lived in Savannah for a number of years. I’m used to hearing gunshots. This is definitely the first time it’s affected me in this way.”