A man wielding a knife slashed car seats and decapitated a child’s stuffed toy in Medlock Park this morning.

Loren Matthews walked outside of his home on Woodridge Drive around 5:30 am on Sept. 10 and saw a man with a knife cutting the American Flag hanging off his neighbor’s mailbox.

“And I just ran over there to stop him and see what the heck was going on and then he turned on me with the knife,” Matthew said. “It’s first thing in the morning. I didn’t even have shoes on.”

The man didn’t say much and “had that crazed drug look in his eye,” Matthews said.

According to a DeKalb County Police report, after the confrontation with Matthews, the man fled in a red vehicle, possibly an Acura, toward Lawrenceville Highway. He is described as a young, black man with a light complexion, about 5’11, 180 pounds, with a neat fade haircut.

It was only after the policeman left that neighbors discovered the full extent of what the man had been doing. Matthews said he used the knife, described as a switchblade, to cut the rope on a swing hanging from a tree. He also slashed the seats in his wife’s and his neighbor’s car. His neighbor also discovered that someone beheaded one of their child’s stuffed toys.

“I would say he was definitely crazy,” Matthews said. “It was so random, the stuff he was doing.” 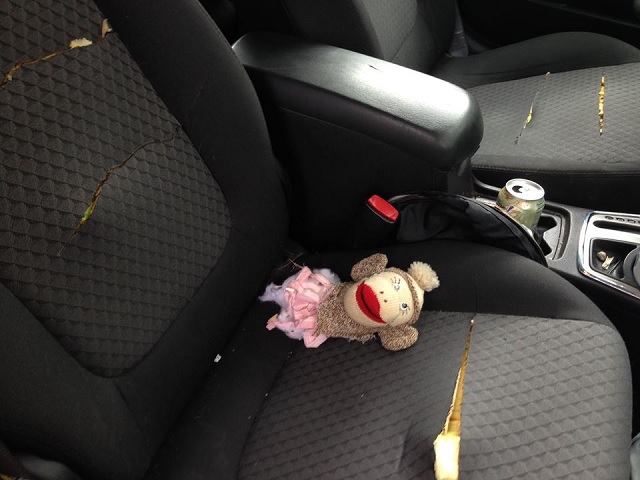 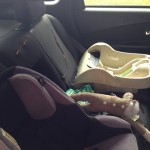