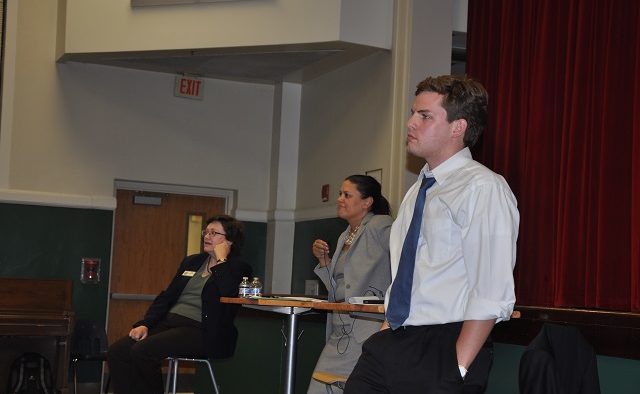 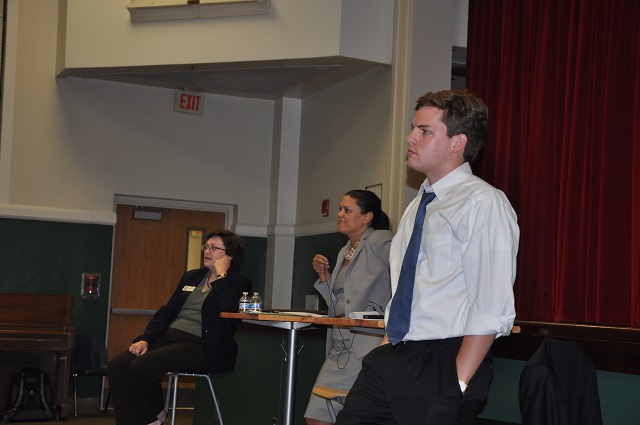 Atlanta Public Schools Superintendent Meria Carstarphen spoke at Inman Middle during a town hall meeting on Wednesday, but one group of parents arrived with questions about another APS middle school.

This fall marked the beginning of the merged Coan and King Middle Schools. This past spring, the School Board voted to close Coan and rebuild King as part of a plan to overhaul middle school education in the Jackson High Cluster. Both schools experienced dwindling enrollment, largely due to the popularity of Drew Charter School.

Carstarphen took charge of APS right as the plans for Coan and King fell into place. On Wednesday, parents involved with Burgess-Peterson asked Carstarphen if APS plans to stick with its current timeline for the transition, which would have students returning to the old King Middle School site in August 2016.

Members of one of the middle school transition team met in July, but the next meeting did not occur until Thursday night. Greg Middleton, APS Associate Superintendent for Middle Schools, said on Wednesday that there had been smaller “cultural events” to help parents and children at the two schools get to know each other. But there was no meeting to hammer out the details in August, and that left some parents feeling uneasy.

Lewis Cartee, a parent of a child at Burgess-Peterson Academy, said parents left Thursday’s meeting feeling much better about the status of the merger.

“The gist of it is that’s the meeting we should have had the first time,” Cartee said.

Cartee said Middleton did a good job of listening to parents and there were numerous representatives from APS at Thursday’s meeting ready to answer questions. There’ll be a lot of work over the next few months as parents figure out how to create a middle school environment that will prepare their kids for life at Jackson High.

“It was very good,” Cartee said. “I was very pleased.”

Cartee and Burgess-Peterson PTA President Charlene Salter-Legend said on Wednesday that the students are handling the transition well.

Salter-Legend has a niece at King Middle.

“I haven’t heard any issues about King versus Coan,” she said, adding later, “The kids love it.”

Cartee agreed, based on what he’s heard from parents.

“Considering what we just did, it’s gone much better than expected,” he said.