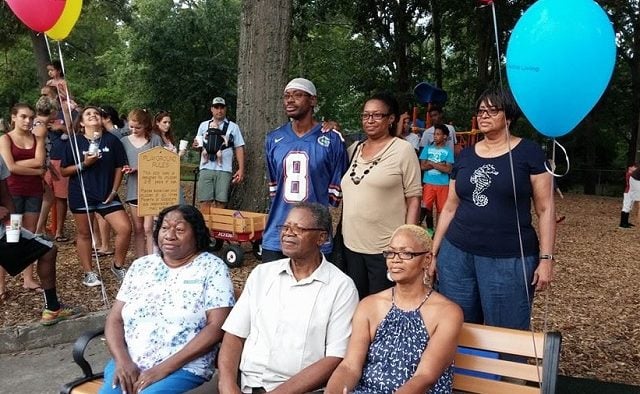 Members of Shirley Kendrick's Family pose for a picture while sitting on a bench dedicated in her honor near the youth baseball fields in Oakhurst. Photo provided by Alison Varner Post
Share 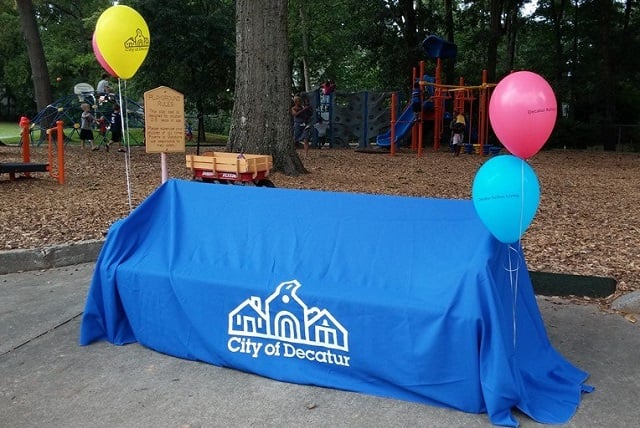 The Oakhurst community paused on Sunday to honor the memory of Shirley Kendrick, known as Ms. Shirley.

Decatur Active Living and residents dedicated a park bench near the ball fields in her honor. Over the summer, the concession stand where she worked was renamed Shirley’s Snack Shack.

Shirley was murdered in October, a crime that shocked the Oakhurst community. Her grandson has been charged with the crime. In February, he was deemed “presently incompetent to stand trial” and there’s been no word on when the trial might begin.

Alison Varner Post said the bench is being permanently mounted today and there’s a temporary plaque in place that will be replaced by a bronze one within three weeks.

Kendrick was well known for her dedication to the park and the youth of Decatur. She was named a city of Decatur hometown hero in 2002. She worked at the concession stand every summer from 1999 to 2013. 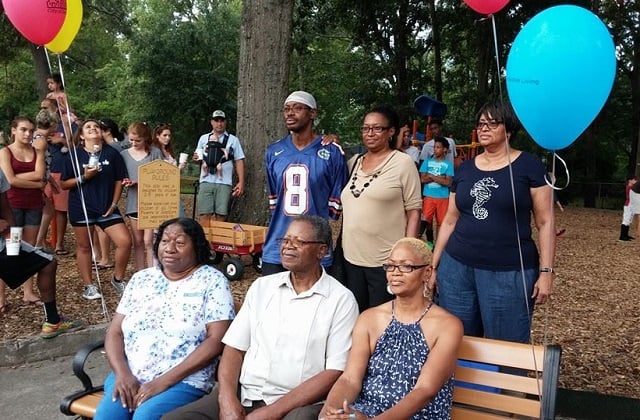 Members of Shirley Kendrick’s Family pose for a picture while sitting on a bench dedicated in her honor near the youth baseball fields in Oakhurst. Photo provided by Alison Varner Post