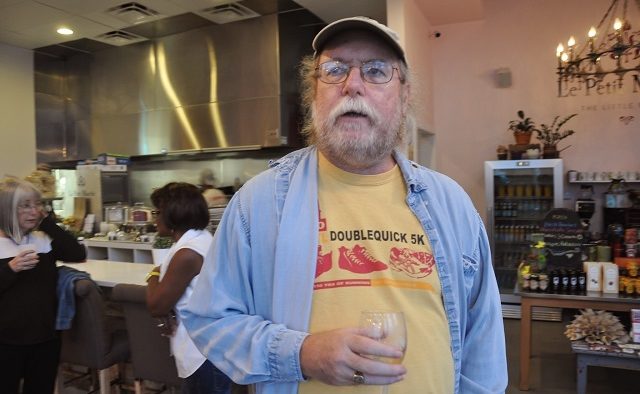 Some interesting stuff went down at the Kirkwood Wine Stroll on Friday.

There was the wine, of course, an around the world tour, with tables at businesses up and down Hosea Williams, including the Sherwin Williams and Kirkwood Car Wash. At around 9 pm Abbey Road, a Beatles cover band, took the stage in front of the Valero gas station. At that point many of the participants had already tasted all the wines the world tour had to offer. One of the attendees looked askance at Abbey Road and speculated that the band members probably weren’t even born when the Beatles were still together.

That’s a safe bet, but that didn’t stop her and several of her friends from dancing in the middle of Hosea Williams.

Here’s what we saw: 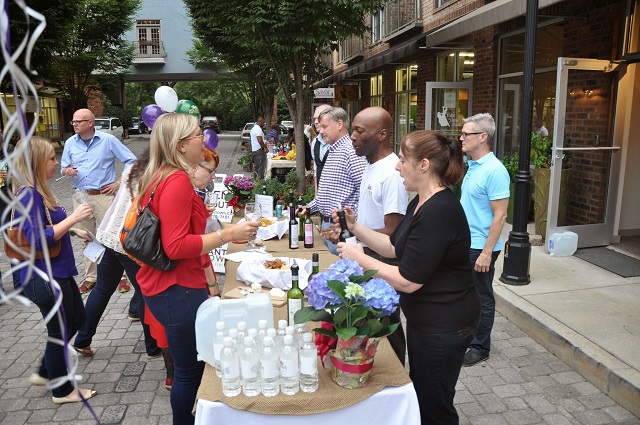 Margie Yondorf, right, serves up some wine in front of her real estate business at Kirkwood Station during the Sept. 26 Kirkwood Wine Stroll 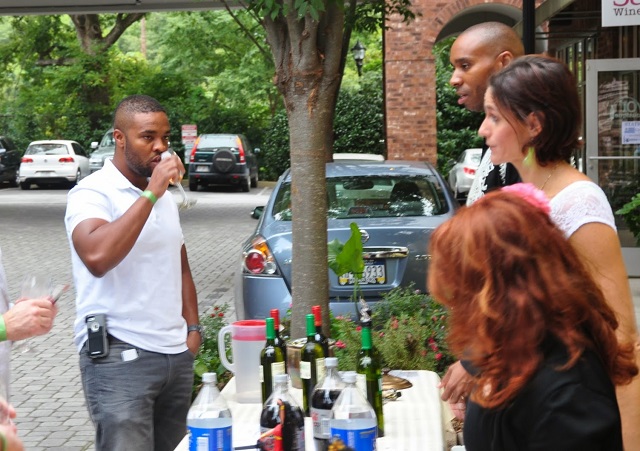 Drinking wine at Kirkwood Station, which is located along Hosea Williams Drive 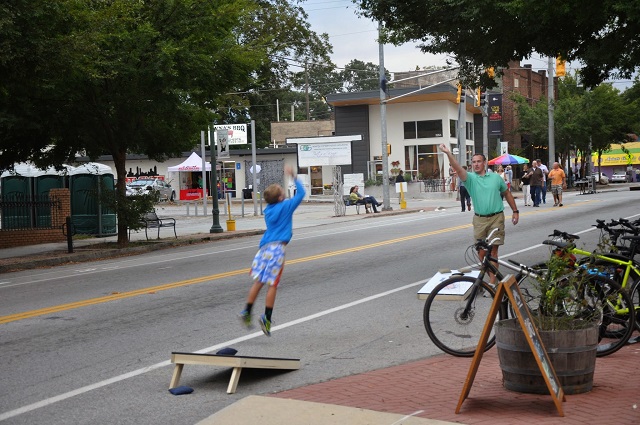 Tossing the old beanbag around at the Kirkwood Wine Stroll 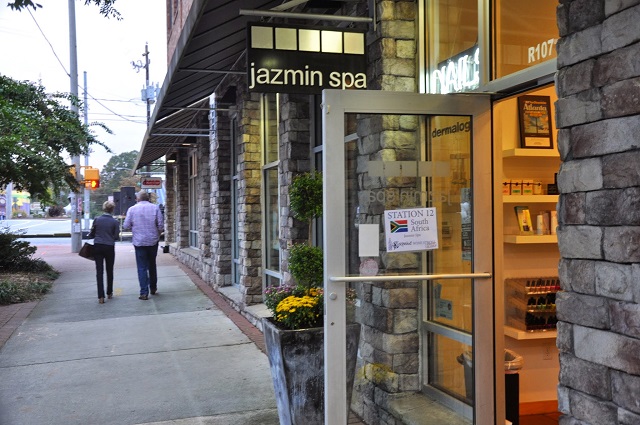 Each business was a stop on the world tour of wines at the Kirkwood Wine Stroll. 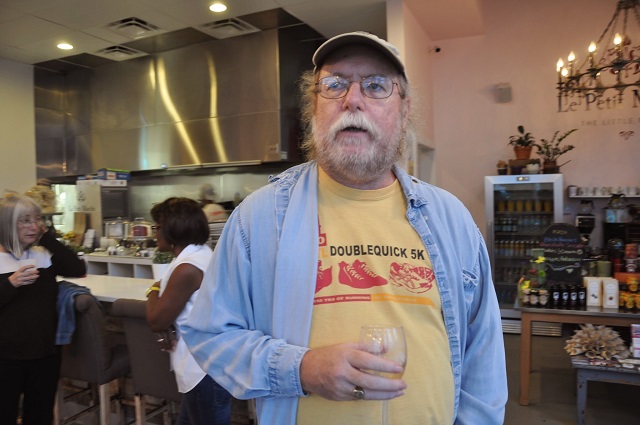 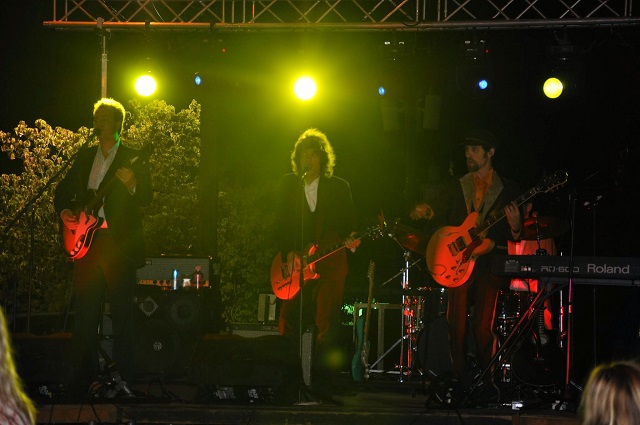 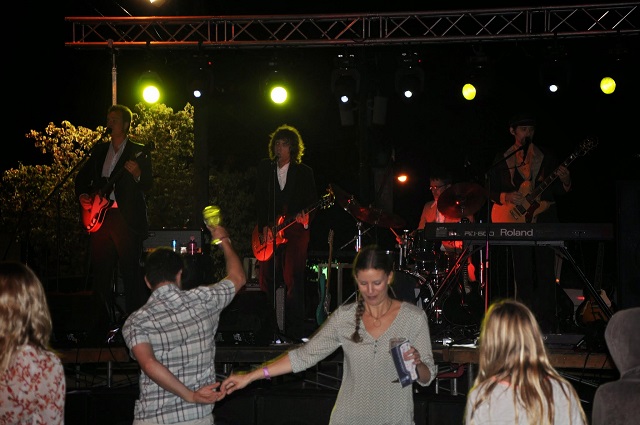 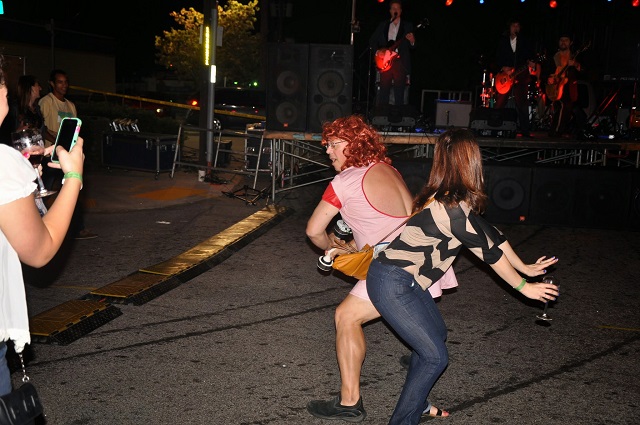 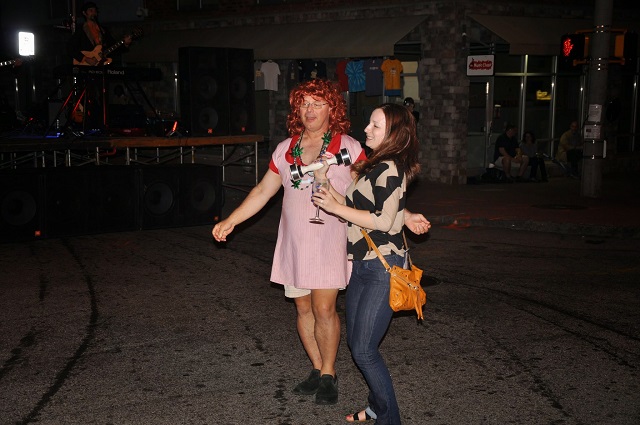 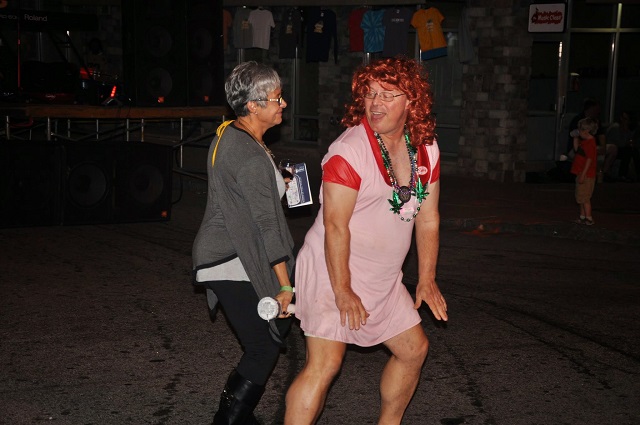 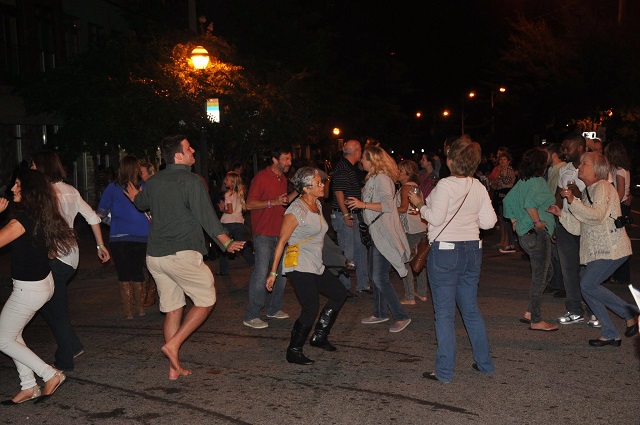