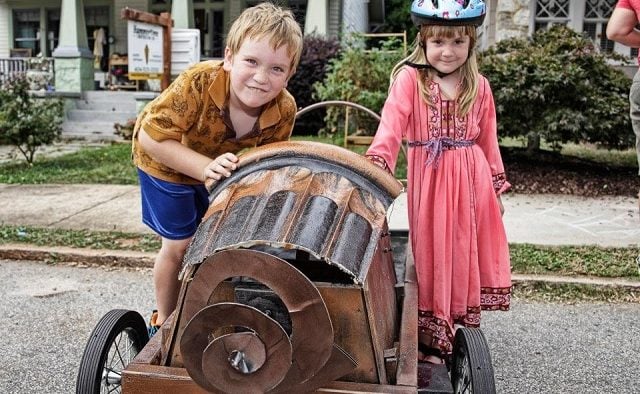 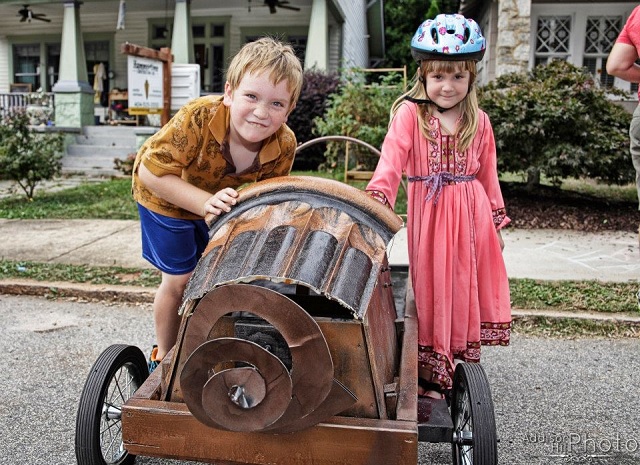 Marco DiCarlo and other residents of Madison Avenue in Oakhurst didn’t set out to create an annual event that raises thousands for needy children in Decatur.

The organizers were just looking for a way to help a GiGi’s Playhouse, a charity that helps people with Downs Syndrome.

They came up with the idea of holding a soapbox derby. DiCarlo remembered soapbox derbies from when he was a kid growing up in Philadelphia, but said he didn’t have much experience with them otherwise.

“It was a huge success the first year,” DiCarlo said. “We raised $5,000 for GiGi’s Playhouse. We had a huge following after that.”

The local derby has raised $36,000 for local charities in the years since, DiCarlo said.

This Saturday, Sept. 27, will be the fourth annual Madison Avenue Soap Box Derby, with proceeds benefiting local charities. Registration opens at 10:30 am and the racing begins at 1 pm. The event raises money through donations and selling sponsorship opportunities. It’s is available to participants from ages 6 and under through 18 and up.

DiCarlo said speed isn’t the only thing that’s being judged in the competition.

“We have six different categories, from most creative to most wild most outrageous most unique,” he said. “I think for us what’s most important to the car is creativity, of course, and something that goes straight and doesn’t turn too hard.”

He describes it as something like a cross between NASCAR and Little Rascals.

“We do have quite a few accidents, which are the highlight of the race,” he said. “So far no one has gotten seriously hurt.”

The derby also has a “no helmet, no ride” rule.

DiCarlo wanted to emphasize that the event couldn’t happen without the help of some key contributors. Intown Ace Hardware donates the hay to line the track this year. The owners of Oakhurst Market and Universal Joint feed the volunteers and donate food.

But the best part? It has brought the street closer together, he said.

“It’s crazy,” he said. “You start doing it and start raising money, and our street is really, really tight now because of this. We get addicted to it.”

To learn more about this year’s Derby, click here.