A recent survey of 478 Decatur residents showed strong support for the creation of a downtown historic district, with eight in 10 residents saying they would like to see it happen.

That’s one of the many details contained in the city’s 2014 citizen survey, given to 1,200 residents selected at random. The response rate was 40 percent, according to a presentation given during the Sept. 2 City Commission meeting.

Here is the wording of the question:

Here’s how residents answered it: 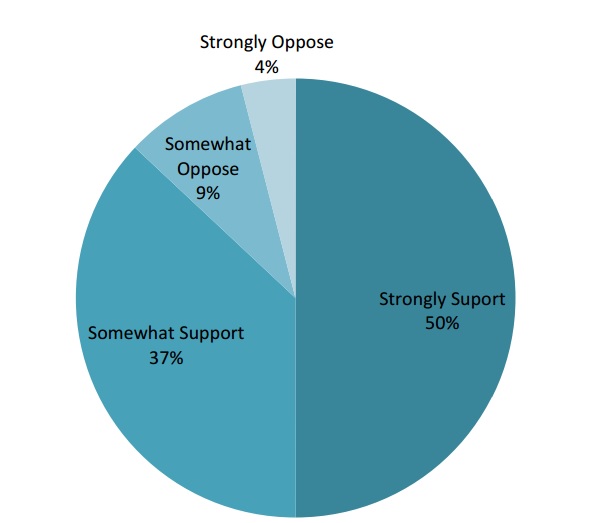 Other findings worth a mention:

– A majority of respondents – 55 percent – expressed some level of support for “establishing a 25 mph speed limit on most Decatur roadways.”

– A rating of the city’s technology services found a strong level of dissatisfaction with the city’s free wireless internet service. According to the survey, 16 percent of respondents rated the WiFi service as poor, the highest level of dissatisfaction for any technology service offered by the city. The city’s website received the most positive marks, with 40 percent rating it as good. Here is a bar chart showing responses to this question. In most cases, respondents answered “don’t know.” 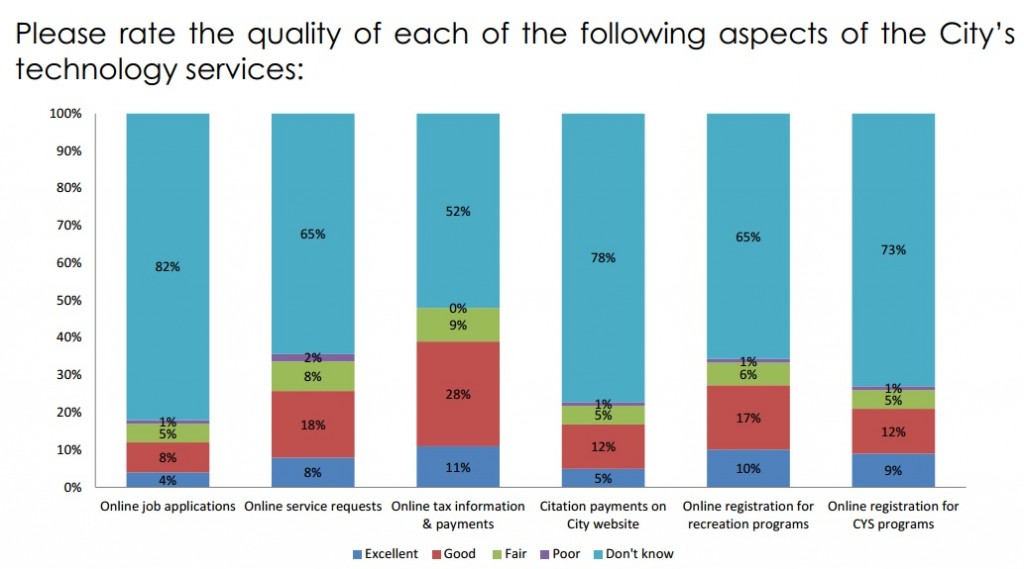 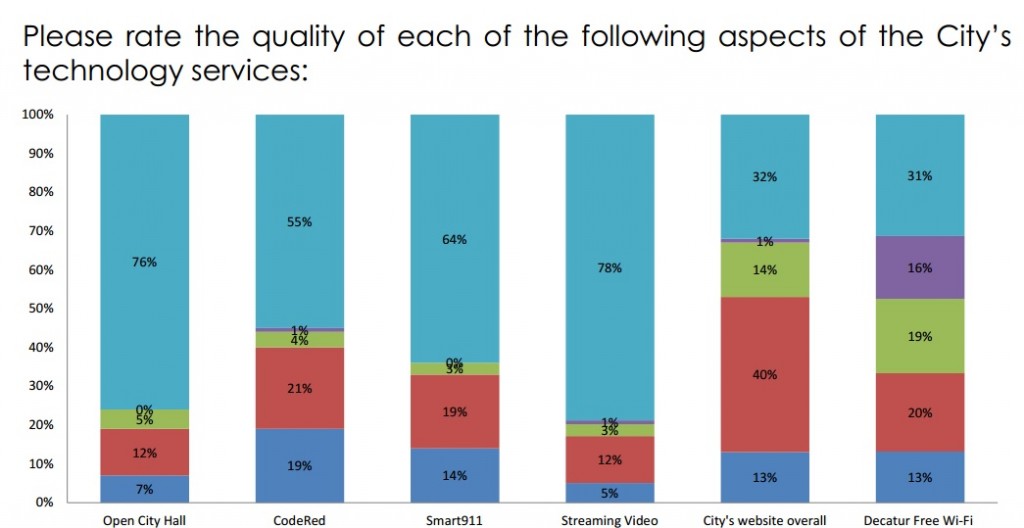 – The survey found that 52 percent of respondents talked to their neighbors at least twice a week.

– It also found that 77 percent of respondents never watched a City Commission meeting on television or online, and that 67 percent of them have never attended a public meeting.

– Of the people who responded to the survey, 79 percent said they’ve never participated in a club or civic group in the city.

Here are the city services that had the highest percentage of “excellent” ratings from residents:

Here are the city services that got the highest percentage of “poor” ratings from residents:

Land use planning and zoning – 11 percent