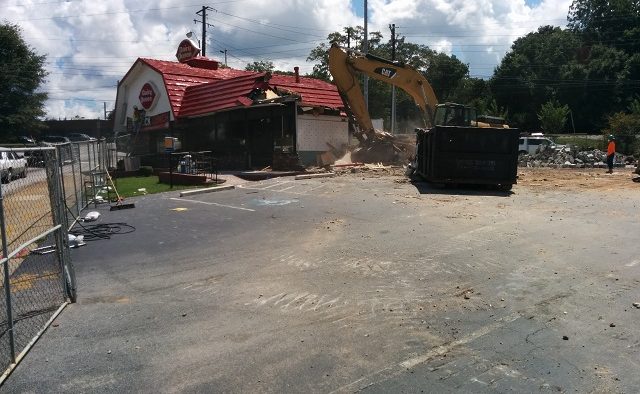 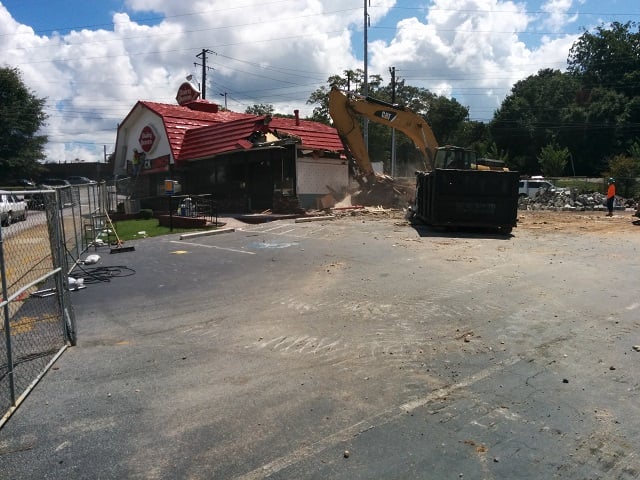 The Dairy Queen may be gone, but the apartment development that’s supposed to replace it on East Trinity Place is still on hold while the developer haggles with the county over payments for sewer services.

As Decaturish reported last month, DeKalb County sent Centro Development a letter in November saying there was sufficient capacity to handle the 210 unit apartment development along East Trinity Place. The county later decided that the pipe needed to be upgraded and that the developer would have to pay more than $300,000 in impact fees. That held up the issuance of the sewer permit, which held everything else up.

The developer closed on its construction loan last month. Centro’s Kent Collins told Decaturish in August that, “We are working with the county to resolve the remaining issues with respect to sewer fees, and expect to reach a resolution very soon.”

But the Atlanta Journal Constitution reports that more than a month later, the dispute with the county over sewer services hasn’t been resolved.

Collins on Thursday confirmed that negotiations are ongoing, but said there would be “no other details at this time” regarding the development. When it’s completed, it will add 210 apartment units in Decatur’s city limits.

Demolition crews recently knocked down the Decatur Dairy Queen building, which is supposed to return in a new space within Centro’s development.