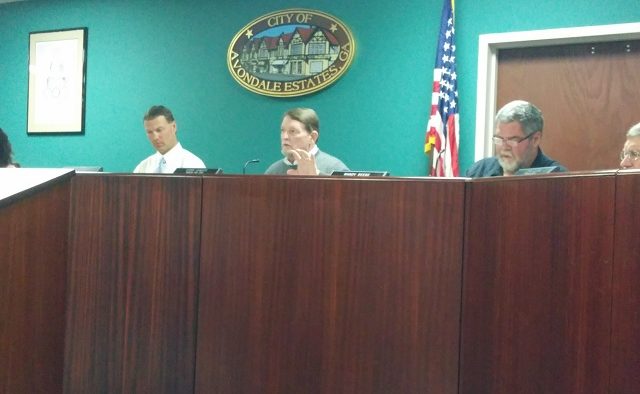 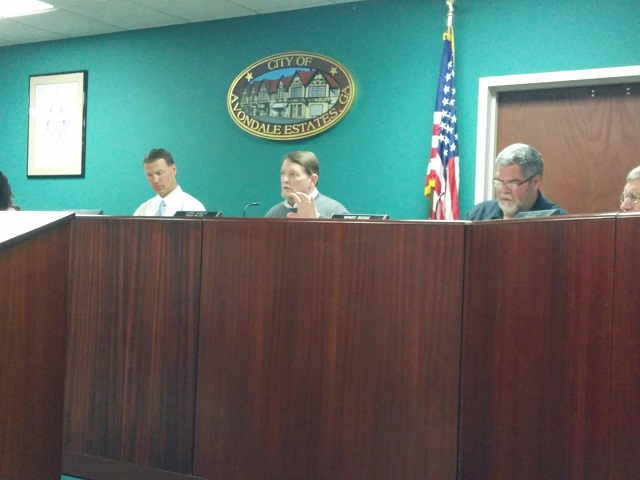 The Avondale Estates City Commission on Monday, Oct. 27, moved an annexation petition from nearby Stratford Green forward, and discussed new information about other potential annexations.

Commissioners adopted a resolution that sets a Nov. 17 public hearing date for the Stratford Green petition. If commissioners annex the property, it would add 154 town homes and about 400 residents into the city limits.

Information published on the city’s website shows that the current annexation plans – which also include Forrest Hills, Decatur Terrace and Avondale Station – would add a total of about 2,270 people. The city’s current population is about 2,800 people. A financial analysis released by the city estimates all of the areas in the map, including properties around Rio Circle and the DeKalb Farmers Market, would bring in $1 million in revenue and cost taxpayers $712,480 annually. The city estimates it would need to hire nine more employees, including five police officers.

The data presented by Avondale does not anticipate future revenues or costs, City Manager Clai Brown said. Commissioners had originally planned to vote on a resolution on at Monday’s meeting asking state Rep. Karla Drenner, D-Avondale, to file an annexation bill that would’ve included these areas. Commissioners postponed that vote to give residents more time to digest the new information.

Additionally, the city published yet another annexation proposal for an area called Rockbridge. It includes Avondale Middle School and the American Legion.

There’s of course a caveat to all this. Decatur Terrace, the DeKalb Farmers Market and the Rio Circle property owners don’t want to be in Avondale’s map. Decatur Terrace and Rio Circle have petitioned Decatur and requested removal from Avondale’s plans. The DeKalb Farmers Market owner has also requested removal, and would prefer to stay in unincorporated DeKalb County, with a second choice being a bigger city, like the proposed city of Briarcliff.

Mayor Terry Giager, who recently stepped into the job after the resignation of Ed Rieker on Oct. 2, said he’s meeting with the Rio Circle property owners.

“We met with the head, their front man, and asked him and said can we invite everyone in to city hall and talk to the group and he said sure,” Giager said. “I think we had a very positive meeting. Hopefully after we talked to them a little while and let them know where are, then maybe some things will change. Hopefully they will. Decatur Terrace, I know they’re wanting to get into Decatur because of the school system. That’s the No. 1 key thing that’s swung it that way. I’m kind of mixed in that, I don’t think they’re going to make it into Decatur because the schools are at max and they’re not wanting residential property. So it’s kind of a wait game to see how Decatur rules. If they get turned down, then I’m going to schedule another meet and greet with them.”

Current Avondale residents are also hesitant to annex more residential property. Andy LaRocco, a former city commissioner, spoke out against the annexation plans during public comments at the Oct. 27 meeting.

“I don’t believe the commission has made any real valid points,” he said. “Sometimes the response to specific questions have been off the top of the head.”

This is the city’s financial analysis of the annexation plans and its Rockbridge proposal:

The Rockbridge map above was provided on the city of Avondale Estates’ annexation page. The creator of the map contacted Decaturish on Oct. 28 and said the map published by the city was preliminary. Here is the corrected version of the map, which was prepared for Richard Williamson, a spokesman for the Rockbridge annexation: 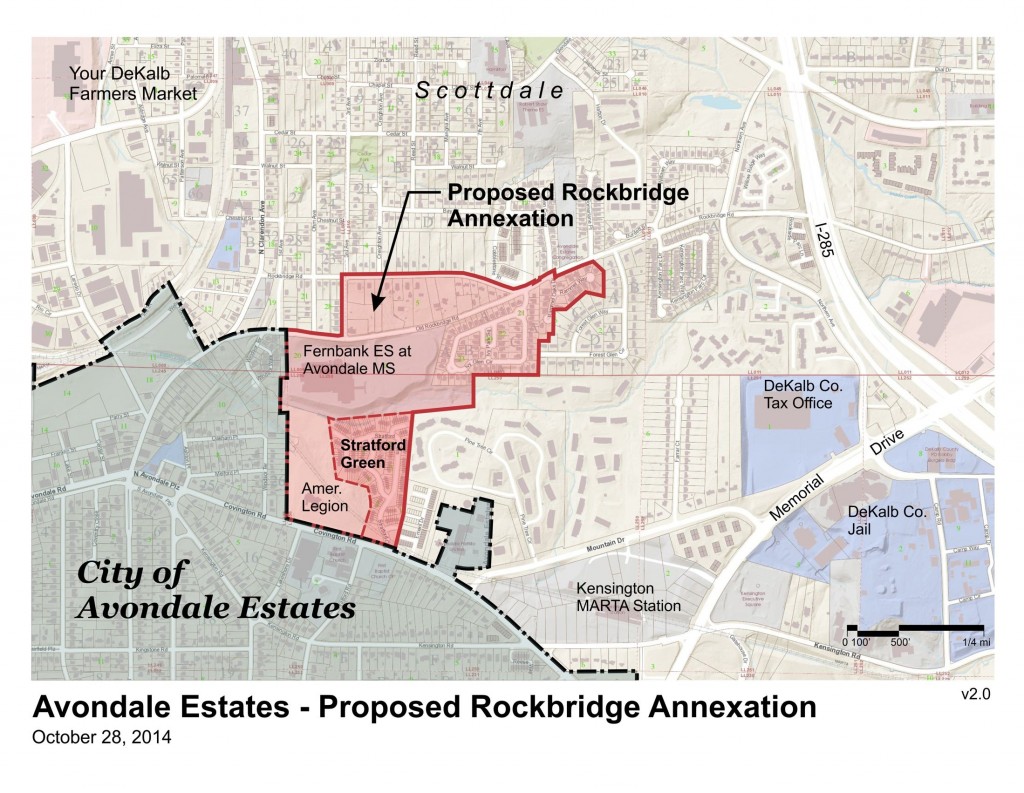