Buy this cool Viking Ship for $150

Buy this cool Viking Ship for $150 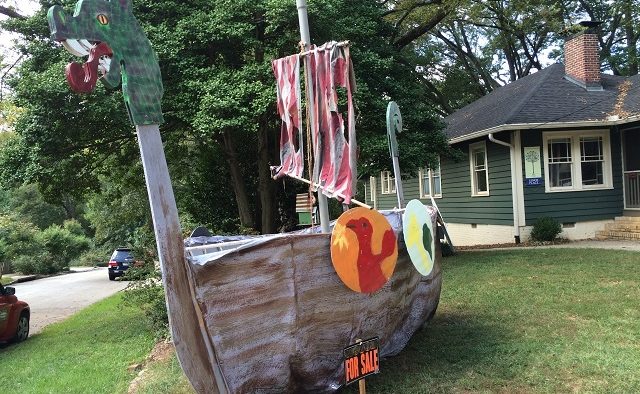 This Viking ship, parked in the front yard of a home on Adair Street, is a plunder at $150.
Share 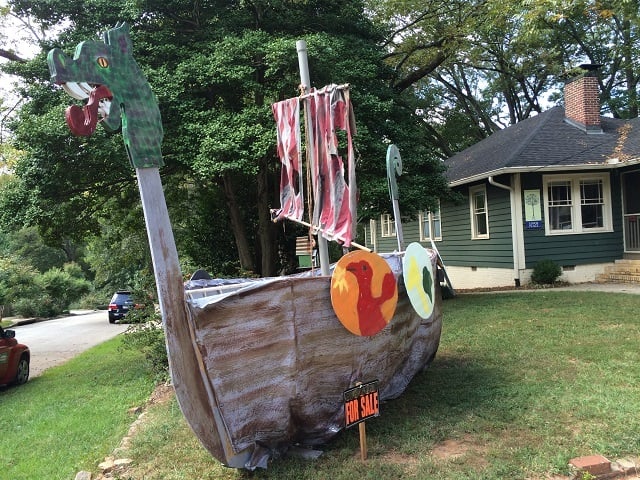 This Viking ship, parked in the front yard of a home on Adair Street, is a plunder at $150.

Every Halloween, Nancy Wilkinson’s decorations take over the 200 block of Adair Street in Decatur.

One of them, a sweet-looking Viking ship, is up for sale for a mere $150. All proceeds will be donated to the English Springer Spaniel Rescue.

Wilkinson first assembled her Viking ship five years ago and stuck it in her neighbor’s yard across the street. It was actually a response to an act of territorial aggression.

“That was back when I used to do the pirate ship in my yard. We had an 18 to 20 foot wooden pirate ship in the front yard. My neighbors across the street got involved. They kidnapped a bunch of my pirates and wrote a ransom note and put it on my front porch,” Wilkinson said.

And so began the annual stalemate between the dueling Viking and pirate ships staring at one another across the sea of Adair.

Wilkinson said it’s time to retire the Viking ship, which has held up admirably over the years. It’s constructed from two by fours, plywood and fabric stretched over PVC pipes. The fabric is “some old bed sheets we painted,” Wilkinson said.

She listed the ship a couple of weeks ago, but so far has had no takers. Wilkinson said she still has a fondness for it, battered though it is.

“Yes, the Viking ship is still available. Although the longer it’s up, the more I remember how much I like it,” she said.