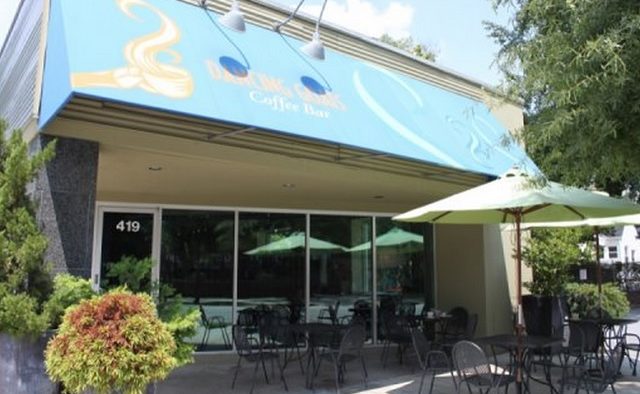 A photo of 'Dancing Goats' in Decatur, Ga. Courtesy of Google Maps
Share 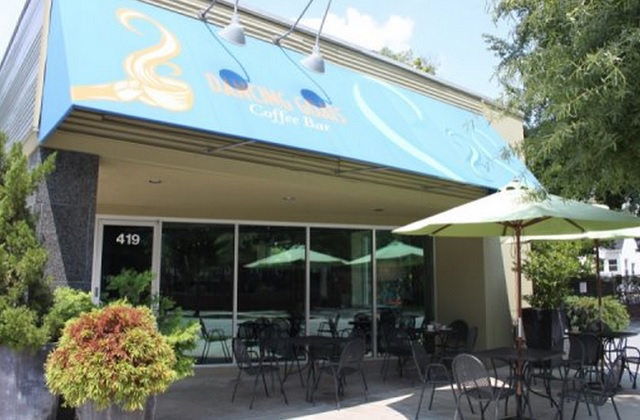 A photo of ‘Dancing Goats’ in Decatur, Ga. Courtesy of Google Maps

Two local businesses were the targeted by burglars last night.

Decatur’s Batdorf & Bronson Coffee Roasters, known to everyone as Dancing Goats, is cleaning up a mess this morning after a burglar broke the window and tried to steal a safe. Cafe Lily was also targeted, according to Decatur Police.

In both instances, the suspect used a brick to shatter glass windows to gain access.

An employee of Dancing Goats who answered the phone said that last night, long after the coffee shop located on West Ponce De Leon closed, an unknown number of suspects picked up a brick from the parking lot and hurled it through the window. Then they picked up the safe, but didn’t get very far.

“They attempted to grab the safe and realized it’s cumbersome,” the employee said.

So they left the safe in the parking lot. The employee said as far as he knows, the burglars didn’t steal anything else, not even the coffee.

The employee said employees have been busy this morning cleaning up the mess.

Decatur Police responded to the call from Dancing Goats at 5:54 am, Police Sgt. Jennifer Ross said.

An officer responded to a commercial burglary alarm at Cafe Lily at 12:25 am. According to Ross, “Officers arrived and observed the glass side door was shattered.  Officers located a brick laying on the floor inside of the business.  The owner arrived and reported nothing missing from the business.”