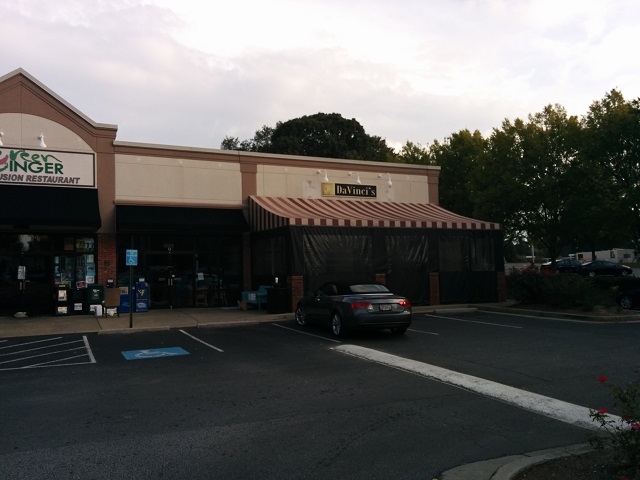 The DaVInci’s restaurant will replace the former Mellow Mushroom in downtown Decatur. Photo by Dan Whisenhunt

The director of operations for DaVinci’s Pizzeria said the restaurant plans to open in downtown Decatur this December.

DaVinci’s, which has three other locations including one in Midtown across from the Arts Center MARTA station, has an alcoholic beverage license pending before the Decatur City Commission on Monday. The restaurant will take over space on Ponce de Leon Place that was previously a Mellow Mushroom. The Mellow Mushroom shut down in May after the owners had a dispute with the company’s corporate office.

David Hearn, director of operations for DaVinci’s, said the Mellow Mushroom’s owner was “a friend of the family or years.”

He said the company is shooting for the middle part of December.

Hearn said the menu for the Decatur restaurant will closely mirror the Midtown location, including pizza, wings, salads and sandwiches. The Midtown location also hosts live performances on occasion. Hearn said company plans to let its Decatur customers set the tone for how the company will use the space.

According to the company’s website, DaVinci’s has been in business since 2006. The company prides itself on being among the upper crust of pizza producers.

“We do think our food is some of the best around,” the company’s website says. “We do appreciate the work, effort, thought, and discipline surrounding our product.”

The company is applying for a beverage license at a pro-rated fee for 2014. City staff is recommending approval of the application.