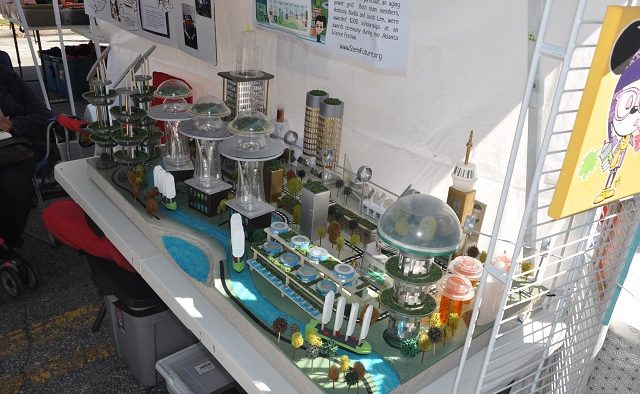 The city of tomorrow on display at Maker Faire Atlanta. Photo by Dan Whisenhunt
Share 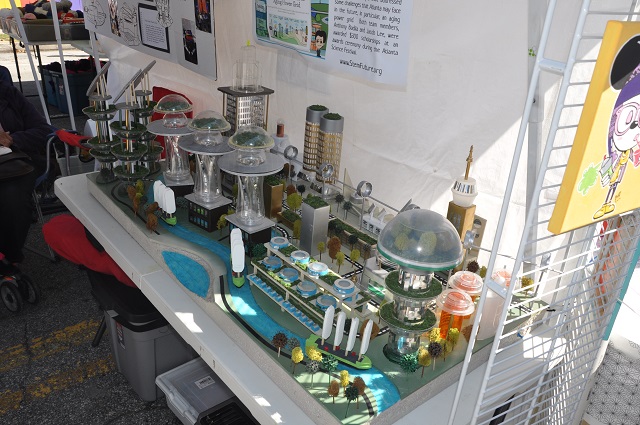 The city of tomorrow on display at Maker Faire Atlanta. Photo by Dan Whisenhunt

People visiting downtown Decatur this weekend could view a vision of the city of tomorrow or barter for preserves in the parking lot behind the high school.

There were a range of talents and ideas on display at Maker Faire Atlanta. Decatur Makers, a local chapter of the maker movement, recently established their own space in an unused gym owned by First Christian Church of Decatur. The maker group is currently in the middle of a campaign to fund the build out the space.

Charlie Mote, a volunteer with the Decatur Makers, said maker spaces are going to be like the libraries of the future, places where ideas and notions become tangible. Lew Lefton, another volunteer, stood behind him and demonstrated a Rubens’ tube, a device that measures the intensity of sound waves using flames.

Mote said the Rubens’ tube was a hit.

“Fire and sound brings everybody running,” he said.

Spending too much time at the Maker Faire can be depressing for an underachiever.

Jovian Lawrence, a student at Solid Rock Academy, and Anthony Badila, a home school student, displayed the city of the future. Well, city of future past really. It won several awards, but they’re already contemplating next year’s model. Lawrence explained that they designed the world of tomorrow using SimCity software and then built a tiny replica of it.

Badila explained that the commercial area is at the ground level, and the living area is above it, with a garden on top.

They can’t even drive and they’re already planning a mixed use development with green space.

Kids are getting smarter by the year, it seems.

Here are more photos from the Maker Faire. 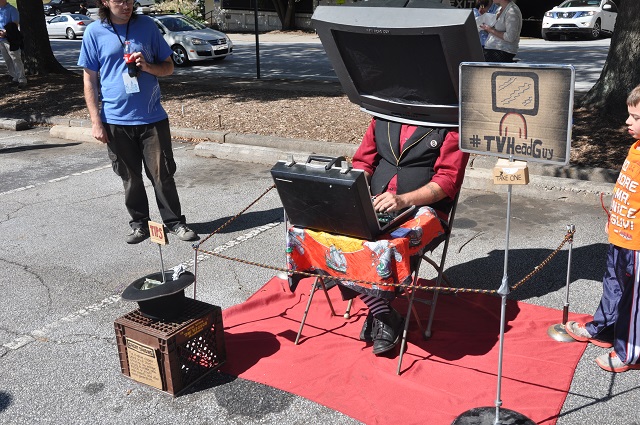 This man was wearing a TV on his head. Photo by Dan Whisenhunt 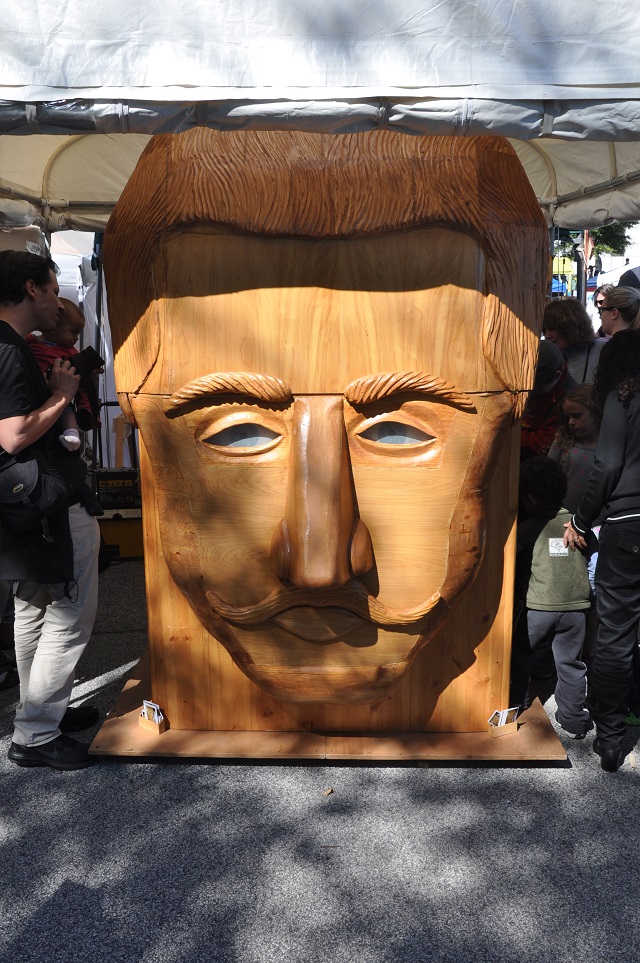 This is a sculpture of a head. Photo by Dan Whisenhunt 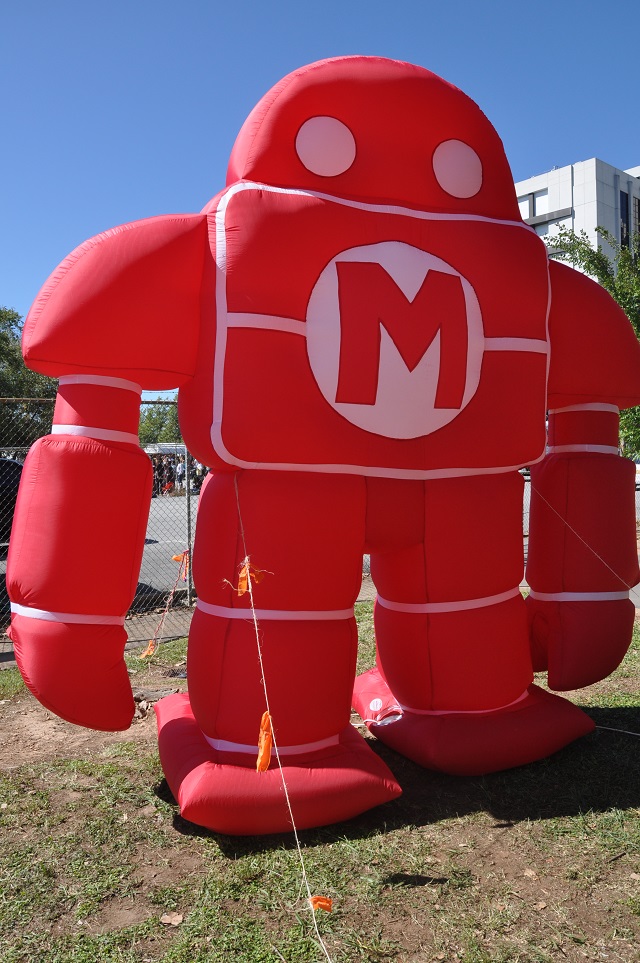 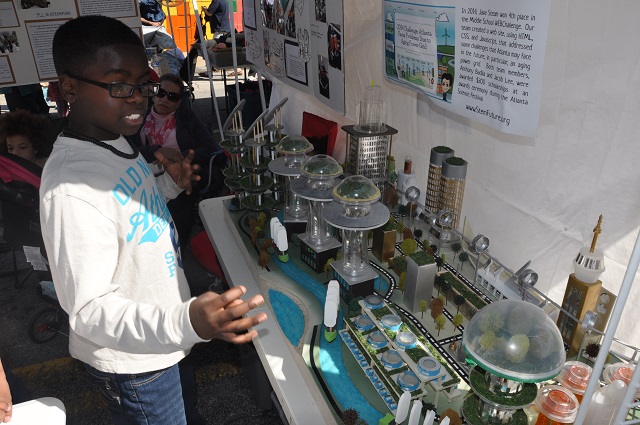 Jovian Lawrence shows off the city of tomorrow. It’s highly likely he will be your boss someday. Photo by Dan Whisenhunt 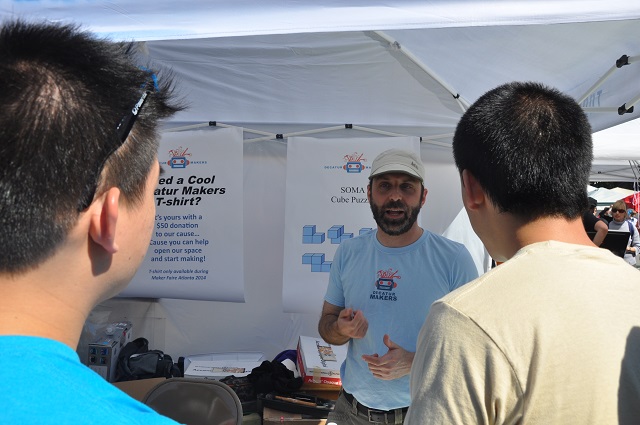 Charlie Mote, a volunteer with Decatur Makers, explains what the maker movement is all about. Photo by Dan Whisenhunt 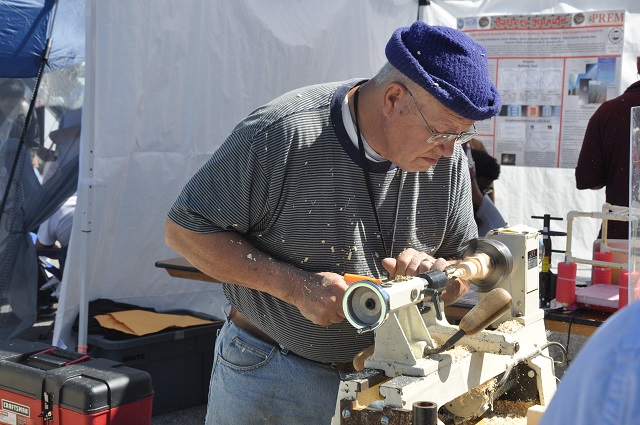 This man was very serious about his work. Photo by Dan Whisenhunt 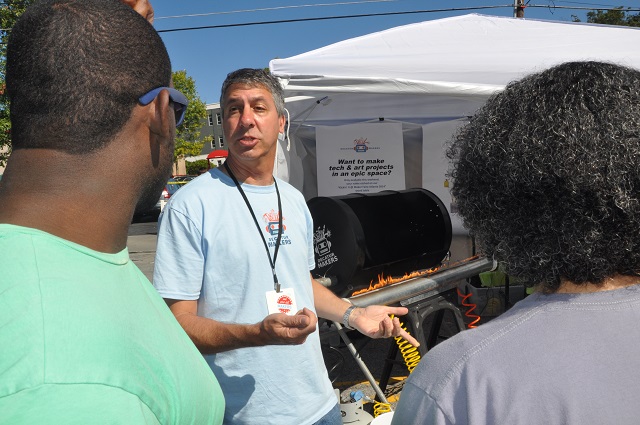 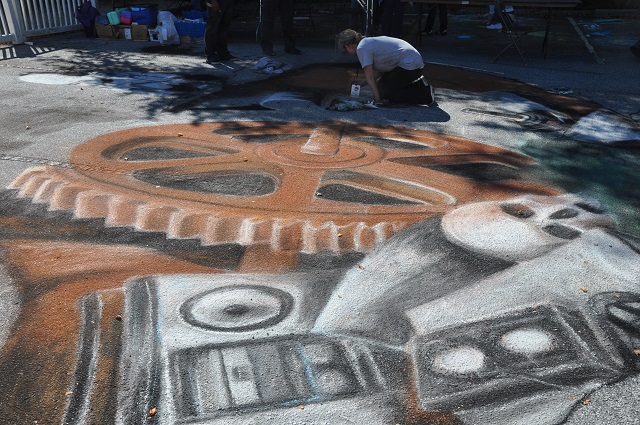 Artist making good use of the parking lot during Maker Faire Atlanta. Photo by Dan Whisenhunt