To read the most current draft, click this link: DecaturUDO_Draft-Oct03

Commissioners had lots of questions and even caught a few typos. They had planned to vote on the ordinance on Oct. 20, but decided to postpone that until November 17.

Decatur released a first draft of the UDO in July, and the document has evolved since then.

One of the most dramatic changes has to do with a proposal to delay issuing demolition permits for houses. The initial draft suggested a maximum 90 day waiting period to provide notice to the community and give interested buyers an opportunity to make a counter-offer to the property owner.

But the city has backed away from that, and is instead considering a 15 day waiting period, which was the minimum allowed in the first draft. That change was based on feedback from the community.

City staff provided this handout at the meeting. It contains a summary of the proposed changes. The city’s consultants and staff are also seeking additional guidance on some key issues, which are summarized on Page 2. 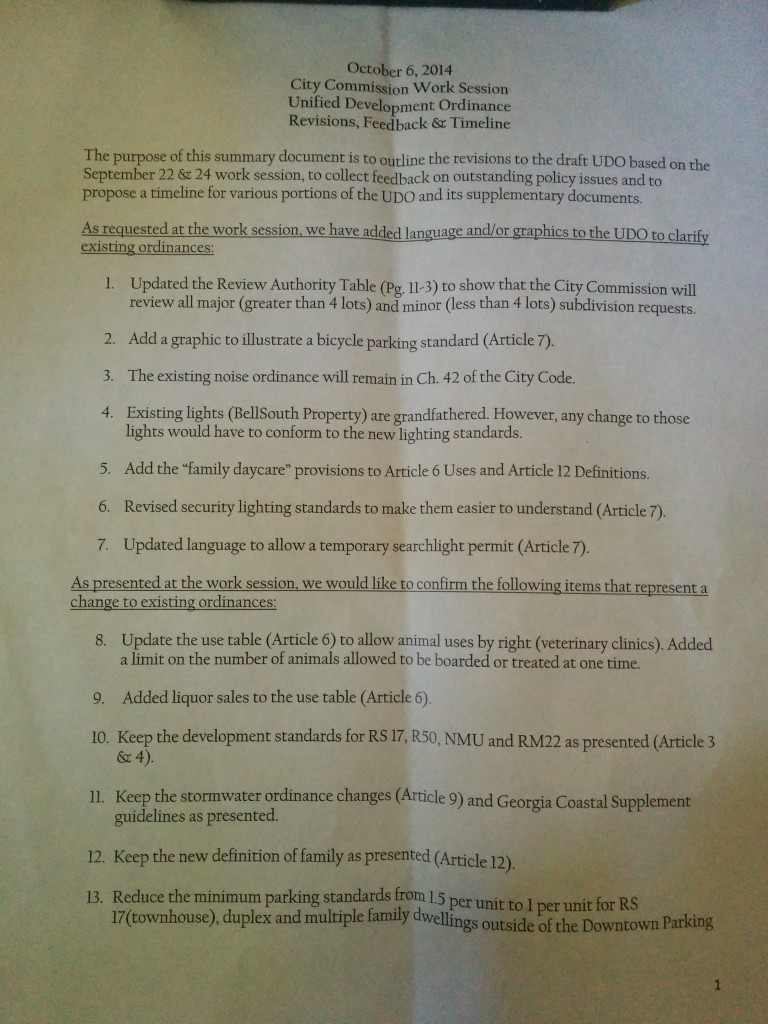 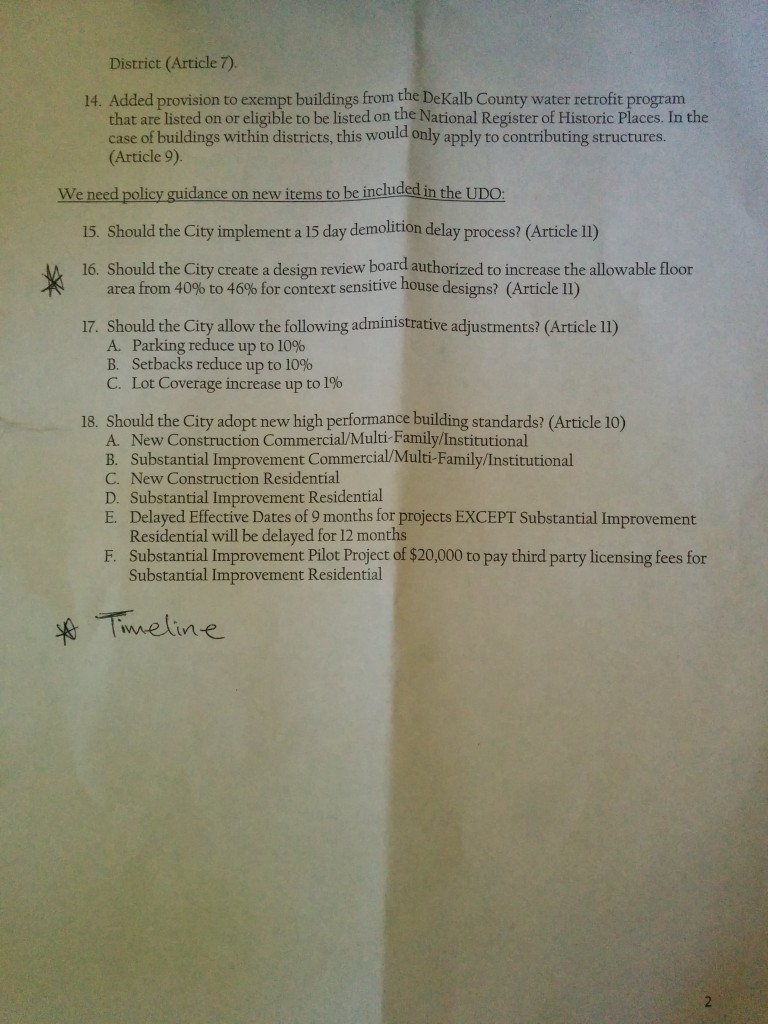