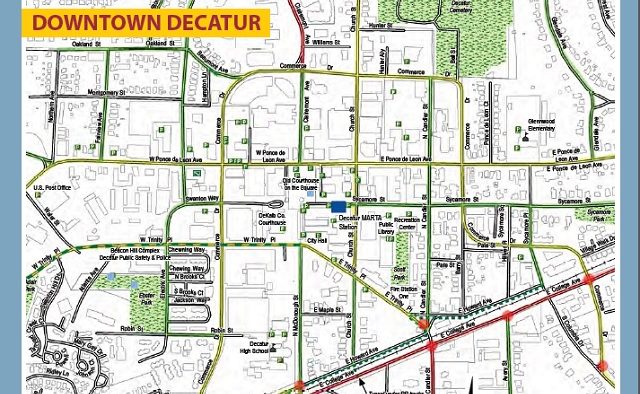 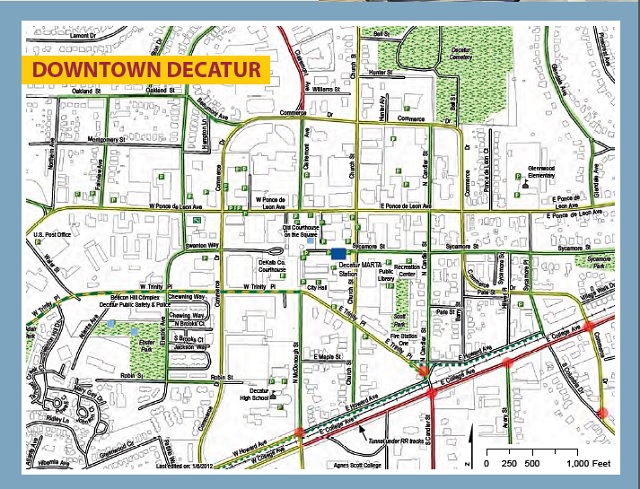 Decatur is asking for public input as it revises its 2012 Bicycle Sustainability Map to include some of the city’s newly annexed areas.

Commissioner Fred Boykin, who owns Bicycle South, sent the word out to his customers via email.

Decatur’s Bicycle Suitability Map was published in 2012 and it’s time for an update! Cyclists’ suggestions are welcome and encouraged. Prime updates already identified include:

# The newest bike lanes on Commerce.

# Any new sharrows that were put down.

# Also the new city limits to include Parkwood.

The description of the map says, “The City of Decatur worked in partnership with Bike Decatur to create this bicycle suitability map. The map identifies roadways using three bicycle difficulty rankings with the intention of assisting cyclists in choosing suitable routes to desired destinations. The main city map along with the downtown inset will help cyclists of all levels bicycle to school, work, errands and recreation activities.”

Cheryl Burnette with Decatur’s Active Living Department said all suggestions should be emailed to her at [email protected] no later than Oct. 15.