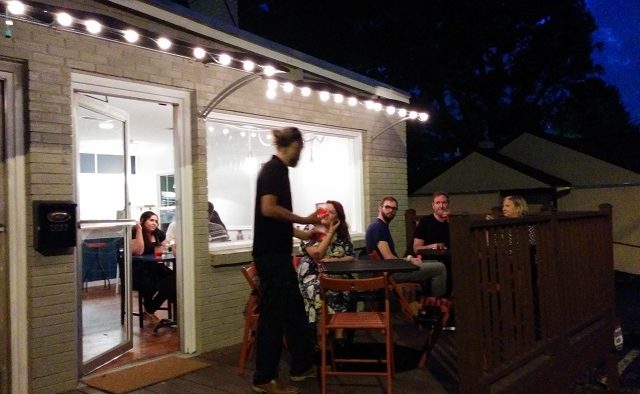 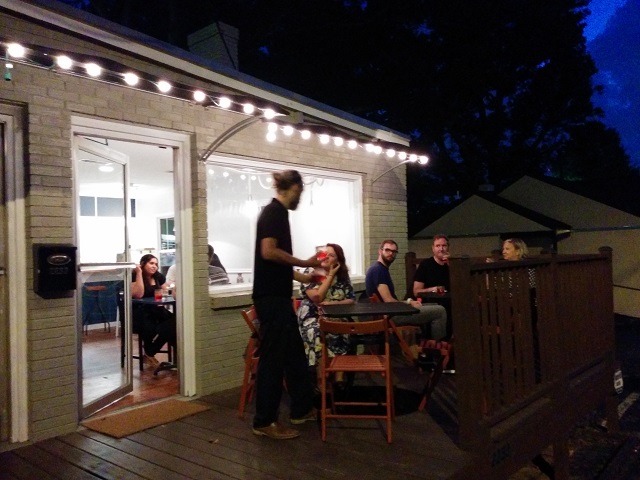 Jeff Myers serving up drink at a pre-opening party for Dish Dive. Photo by Dan Whisenhunt

It’s been about three months since Jeff Myers announced his intentions for a small space situated just outside the Decatur city limits.

Over the weekend he hosted several pre-opening dinner parties for selected guests, including Decaturish.

Myers, a DJ who was one of the founders of The Sound Table in Atlanta, played waiter. The space is tiny, situated in a former chicken restaurant next to a salon. It seats about 16 on the inside and eight on the outside, with some possibility of a few tables in front of the porch.

The inside was cozy, with a steady beat of house music flowing through the speakers. The outside offers a front-row seat for the MARTA and CSX trains whistling by, and we’d suspend our conversations for a bit while we ate and watched.

Myers’ guests were a sophisticated, fun-loving group and their conversations inevitably turned to the subject of whoever was hosting the next shindig. At one point the woman at the table next to us shouted, “I’m from Buckhead. Chemical peels and stiletto heels, baby!” Her friend joined her, wielding a bottle of champagne. The restaurant is BYOB, and no one had a problem rising to the occasion.

Travis Carroll is the chef and Myers’ business partner.

The menu incorporates generous amounts of pork. There was, for instance, the bacon wrapped monkfish served on a bed of mustard greens. There was also a kale salad with pretzel croutons, caramel spiced pecans and crispy pancetta.

The main course was a “free form” pot pie that incorporated a sweet potato biscuit and a succulent hen. A note about the biscuit: the ovens weren’t working Sunday, but Dish Dive plans to make most of its food in house.

Somewhere in there we had a chicken pup banger, which was like a corn dog substituting chicken sausage. All the flavors were right, but the batter needed to be thicker. It all fell apart on the plate, but worked out fine when swirled in some applesauce. 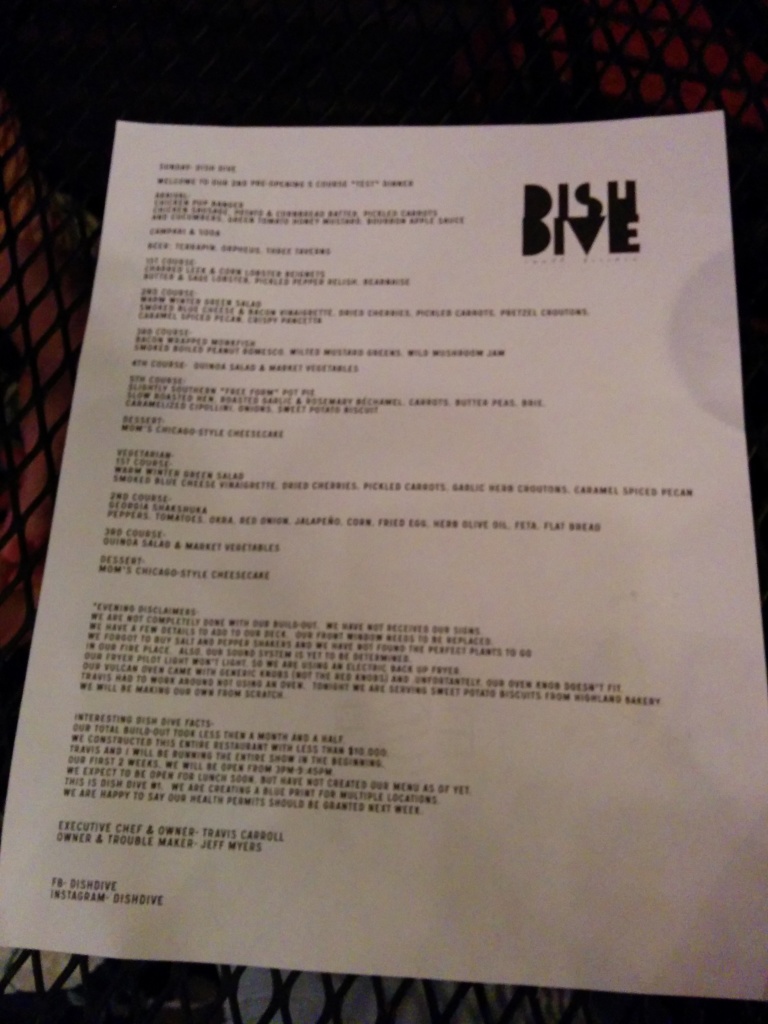 The menu. I’ll try to track down a higher res version.

Dish Dive’s menu was full of small portions packed with bold flavors. The pacing of the dinner was slow, which can be forgiven since it was a full house and there’s still a few kinks to work out. The servers were admittedly filling in for the time being. It will be interesting to see how Myers’ crew navigates the confines of its kitchen and seating space to serve up food that can compete with some of the bigger names just down the road in Decatur.

Myers said he hopes to open soon, but it will depend on how quickly the health inspectors give him the OK. 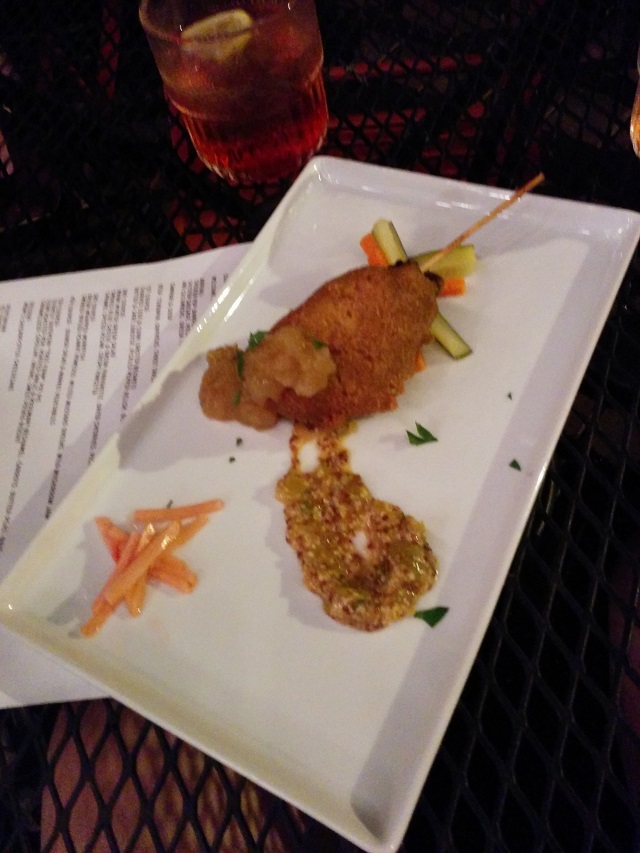