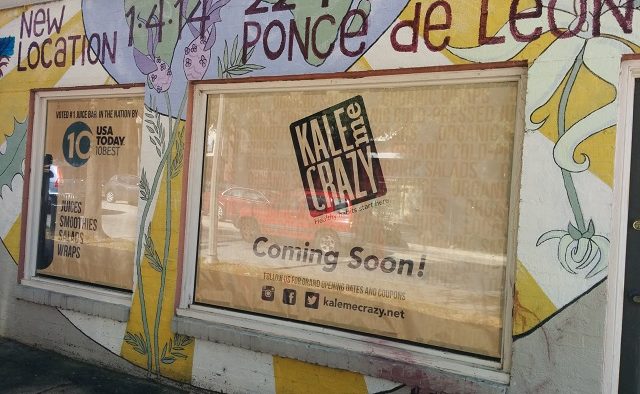 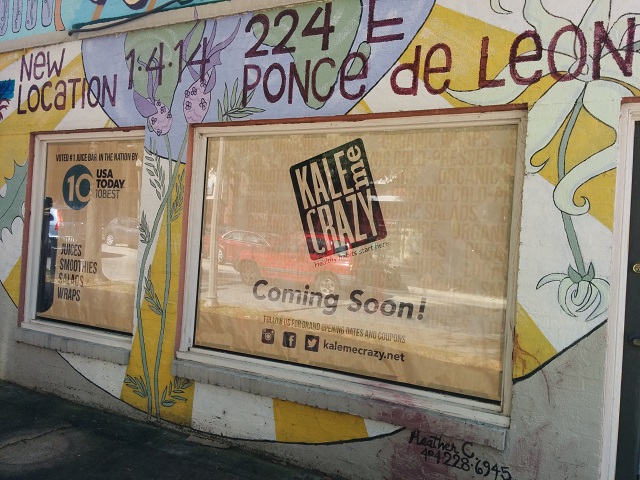 Signs for Kale Me Crazy in the old Terra Mater salon space. Photo by Dan Whisenhunt

Kale Me Crazy plans to open its second location in Decatur, moving into space previously occupied by Terra Mater.

Terra Mater recently moved down the street, vacating the space next to Decatur CD where it had operated for 24 years. Kale Me Crazy is headquartered in Inman Park.

“Kale Me Crazy is more than just a juice bar – it’s a destination that’s here to support your healthy lifestyle,” the company’s website says. “We believe in better health and well-being through the use of fresh, organic, and raw foods.”

A manager at the Inman Park store said the opening of the store is still a few months away.

“We don’t know yet,” manager Xanic Dunning said. “They’re still working on the blueprints and permitting. It’s going to be a few months before we open.”