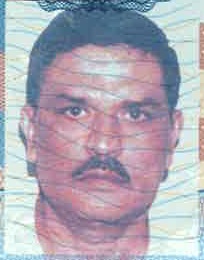 MARTA released a statement this evening with additional information about a man who was hit and killed by a train at the Georgia State University station in the early hours of Wednesday morning.

According to MARTA, at about 5:30 am a train with no passengers struck Mahendra Kumar Ghelabhai Patel, 55. The statement from MARTA says he has “no fixed address” and his passport lists his birthplace as India.

“Mr. Patel’s next-of-kin has been notified and MPD’s investigation into this incident — including Mr. Patel’s unauthorized presence on the trackway — is ongoing,” the statement from the transit agency says. “The MARTA family wishes to express its sincere regret for this tragic loss of life and offers condolences to Mr. Patel’s family.”

After the incident occurred, MARTA suspended rail service to the GSU station and set up a bus bridge between Five Points and the King Memorial stations. The trains started running again at 10:15 am.