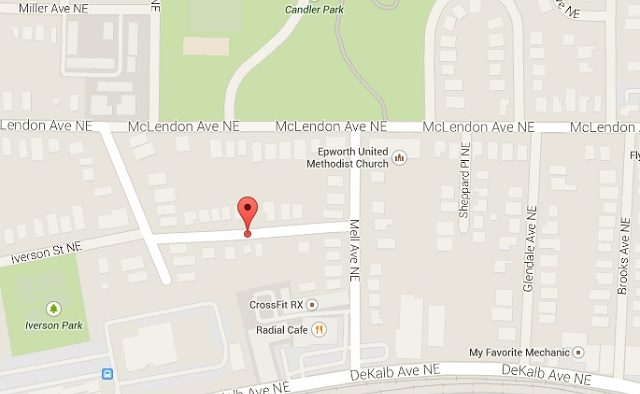 This is the approximate location of the attempted kidnapping. Source: Google Maps
Share 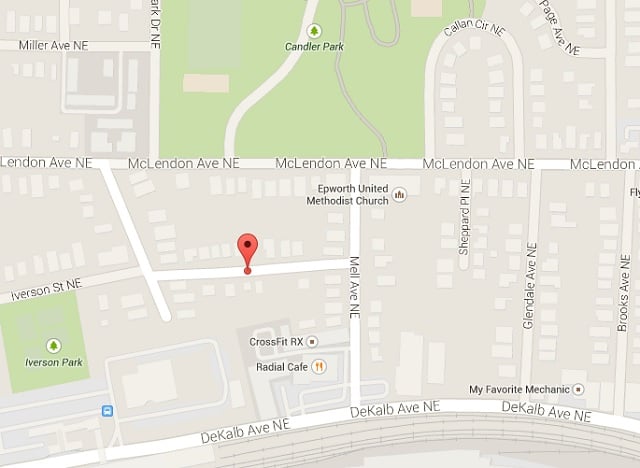 This is the approximate location of the attempted kidnapping. Source: Google Maps

According to police, on Oct. 22 a school bus dropped off an 11-year-old girl at the intersection of Iverson Street and Candler Park Drive. The girl told police that while she was walking home, two men tried to force her into a dark purple van with white stripes.

“According to the victim, the man driving the van appeared to have blonde hair and the man who attempted to force her into the van was described as a black male wearing all black with a hoodie,” the police report said.

The child was transported to Egleston Children’s Hospital with minor injuries.

“The Atlanta Police Special Victims Unit responded to the scene and is investigating,” the police report says. “At this time no arrest (has) been made and the investigation continues.”

The crime happened on the same day as another incident in Candler Park that occurred less than a mile away. At 3:39 pm on Oct. 22 an officer responded to a call from a resident in the 300 block of Glendale Avenue NE. The caller told police that a “white or Hispanic male had assaulted her and tried to drag her into her own house.”

The suspect in that case was described as a man, “at least 6’2, (with) olive skin, curly blond hair, clean, physically fit, not hideous, slim, and strong.”

The victim screamed and scared the suspect off, according to that report.