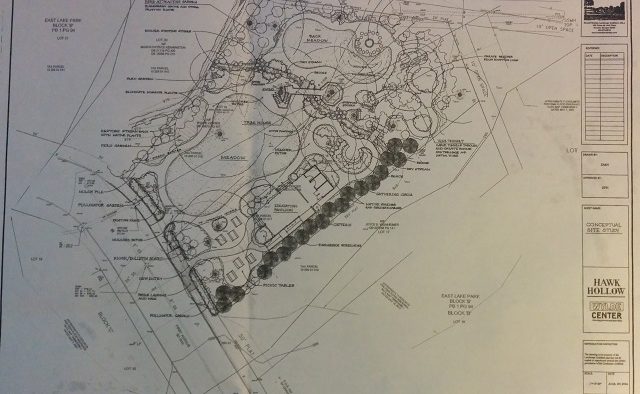 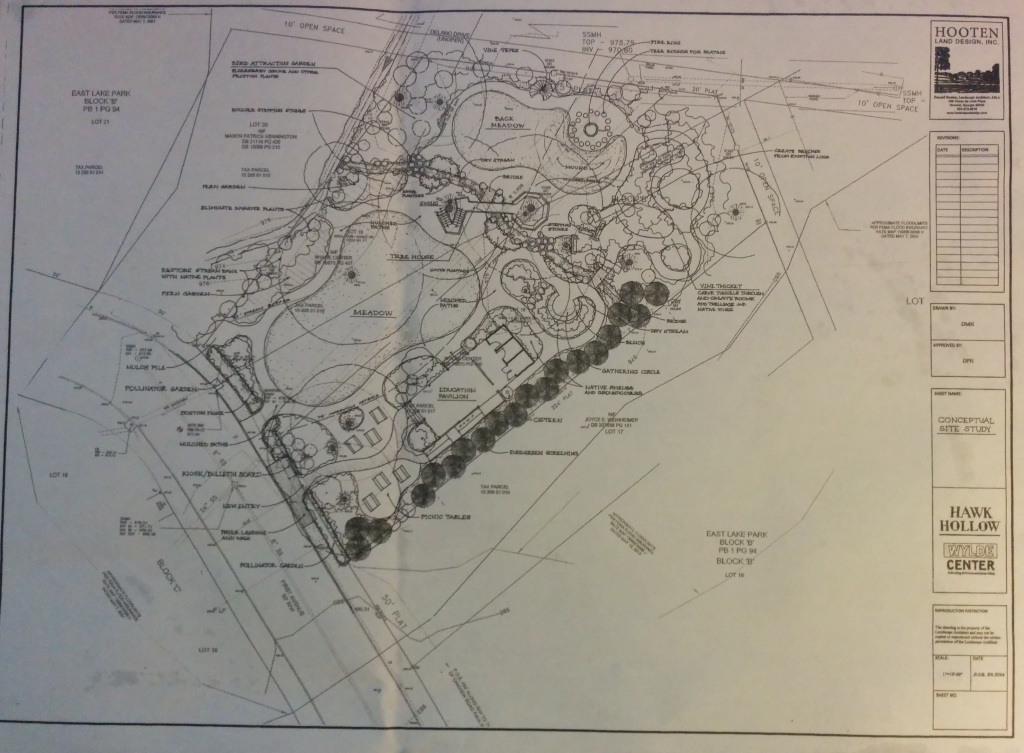 This drawing, provided by the Wylde Center, shows the center’s plans for Hawk Hallow in Kirkwood. (Click to enlarge.)

Neighborhood Planning Unit – O on Tuesday gave its OK to a special use permit for the Wylde Center to establish an educational garden in Kirkwood.

The property, dubbed Hawk Hollow, is about one acre near the intersection of First Avenue and Lakeview Drive. The property is on a flood plain and can’t be developed. A developer purchased the lot and donated it to the Decatur-based Wylde Center in 2012.

Hines told Decaturish earlier this month that the Wylde Center has some grant funding available and anticipates spending $80,000 to develop the space as a garden. The build out will include two outdoor education classrooms, a pavilion and a tree house, Hines said.

The property gets its name from one of its trees. The tree has a hollow base and hawks living in the tree tops above it.

Blankenhorn asked if the Wylde Center had any plans to remove trees from the property.

Hines said, “The intention is to not take anything out that they use for habitat.” She said the center did have to take down a diseased tree.

Blankenhorn said that having more hawks around will be good for local gardeners.

“Raptors like hawks are very good at killing vermin like squirrels that eat our tomatoes,” he said.

The NPU-O approved the plans on the condition that buses and cars won’t be allowed to idle in front of Hawk Hollow.

Hines hopes the project can get underway this February.