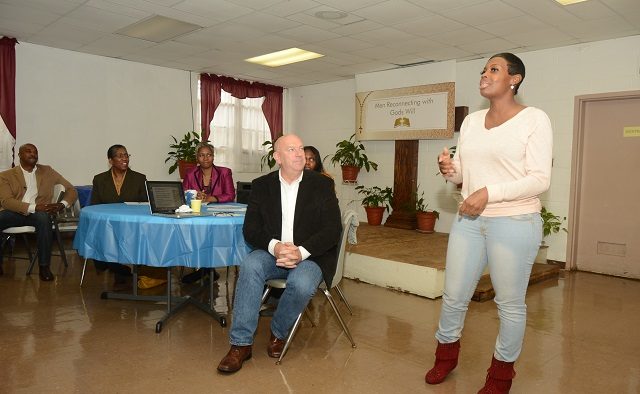 A young single mother from the Bedford-Pines community speaks w attendees about the struggles she faces each month in feeding her familly. This photo was taken during a December 2013 stakeholder meeting and provided to Decaturish.
Share 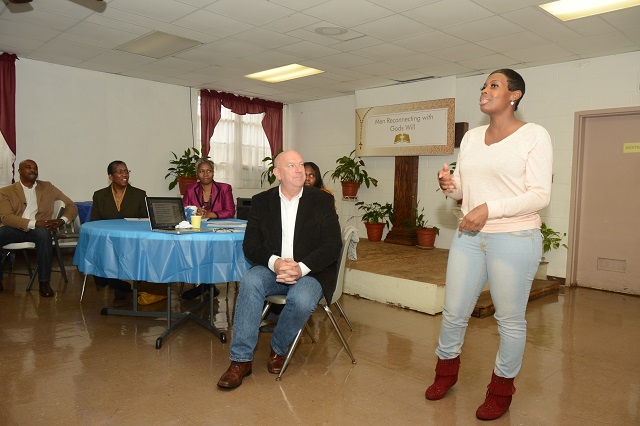 A young single mother from the Bedford-Pines community speaks w attendees about the struggles she faces each month in feeding her familly. This photo was taken during a December 2013 stakeholder meeting and provided to Decaturish.

It’s a collaboration of the O4W neighborhood, the Atlanta Community Food Bank and Truly Living Well Center for Natural Urban Agriculture. District 2 Councilmember Kwanza Hall is pitching in, too.

During community meetings last year for Hall’s “Year of Boulevard” initiative, food security emerged as a major concern.  Residents suggested a food co-op and have been meeting monthly ever since.

The founding membership includes 15 families.  They’ve been studying with other local co-ps to learn principles of cooperative organization and structure.

“The founding families are a vibrant mix of young and old, bringing young moms from the Bedford-Pines community together with seniors from the Atlanta Housing Authority’s Cosby Spear Highrise,” Hall told Decaturish.  “The Co-Op gives low-income residents in the Old Fourth Ward a stake in their food choices.  I am excited about what we’ve achieved to date, but I can’t wait to see what the future has in store for the co-op.”

Members will pay a one-time $5 fee to join another $3 every two weeks when food is distributed. The $3 will get them about 40-pounds of food.

Food donated by the Food Bank and Truly Living Well will be delivered in bulk to the  Fort Street Memorial United Methodist Church, which will host the co-op for now.

There’s no specific date for the first delivery, but it’s expected to happen sometime mid-November.

“It’s a different way of looking at food access,” said Cicely Garrett, the Food Systems Innovation Manager for the Atlanta Community Food Bank. Garrett has served as a facilitator during the monthly meetings and coordinated between the working group and Food Bank, which is providing pre-packaged food.

“This is not a handout,” Garrett said. “Everyone brings something to the table and the members own it.  They structure it. It touches a different level of food access besides lower-level emergency assistance.  It promotes a sense of community among those who are participating.”

Garrett says a says the Boulevard co-op will be unusual in that it will provide fresh food, thanks to Truly Living Well Center for Natural Urban Agriculture.

“This is pretty unusual for co-ops because you often have to order a set amount and they don’t always know how much to order,” Garrett said.

Truly Living Well will provide five to 10 pounds of chemical-free produce per membership, all grown at either the Hilliard Street or Washington Road locations.

“People need natural food, but most people don’t eat it,” CEO and President Rashid Nuri said. “So much of our food is full of chemicals and travels hundreds of miles, which leaves a huge carbon footprint.”

Truly Living Well staff has been working with the members and attending working group meetings.  Nuri believes that doing so is a natural extension of the farm’s mission to provide sustainable and economically-viable solutions for healthy living.

“Healthy, quality food should be a right,” he said. “Not a privilege.”