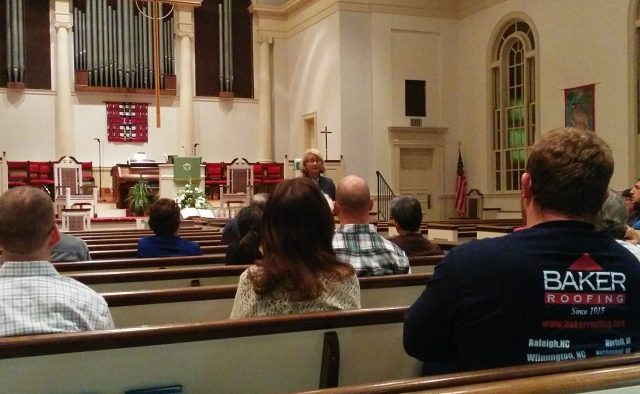 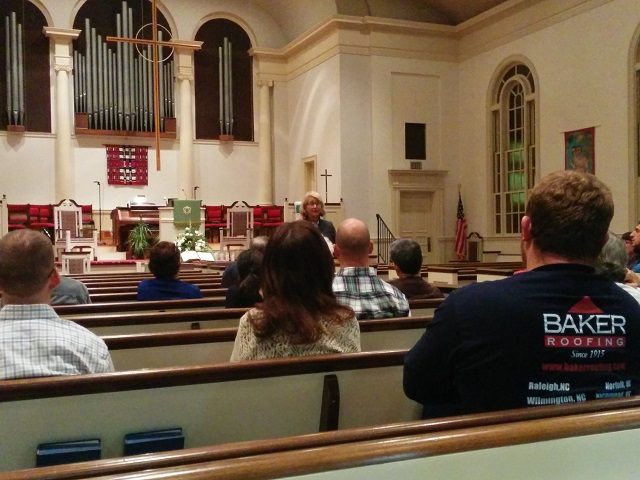 State Rep. Karla Drenner, D-Avondale Estates, left no room for doubt on Wednesday in her remarks to residents of the Katie Kerr neighborhood.

Drenner, speaking in the chapel of Columbia Presbyterian, said that while Katie Kerr was included in an Avondale Estates annexation bill she filed earlier this year, things have changed.

“The map that was introduced … is dead,” Drenner said. “It’s dead.”

Avondale Estates City Commissioners are contemplating a resolution that asks Drenner to file another annexation bill with the same map as the one filed this year. They held off on voting on the resolution this week in order to give residents more time to vet the proposal.

Commissioners did not approve a resolution in favor of the last annexation bill that Drenner introduced. DeKalb delegation members pulled the bill before the end of the session after a bill to create a city of Lakeside failed. Drenner said when she introduced the bill, she believed it had been vetted. But it caught many residents off guard, leading to a contentious Oct. 1 meeting between residents and city officials. Ed Rieker resigned as mayor the next day to take a university teaching job, leaving Giager in charge.

Drenner told Decaturish that she wants to see more neighborhood buy-in before she will consider introducing any annexation bill in the 2015 session.  A simple resolution won’t cut it, she said.

“I’m asking above and beyond that,” Drenner said.  “… I just think that I have been portrayed in a way that I just lay in bed at night and think I’m going to annex all these properties into miscellaneous cities and that’s really not true. I wouldn’t introduce a very contentious annexation bill if I didn’t believe that it had support.”

That’s why she’s pushing neighborhoods to approach commissioners about annexation by petition.

“I’m not going to be blindsided about this again,” Drenner said. 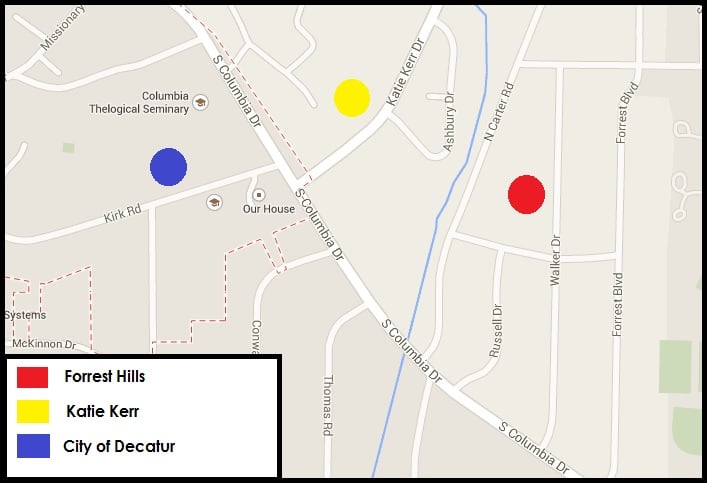 Drenner said Katie Kerr has a few options. They can petition Avondale. They can petition a proposed city of South DeKalb. Or they can wait it out and see what happens. Joining Decatur isn’t a likely option because it would put pressure on the city’s school system, Drenner said. She said it’s also unlikely that Briarcliff or Lakeside would put those cities in their map because they would have to include Scottdale, which would mean more Democratic voters.

“They’re picking out precincts and areas of the county that are wealthier predominantly more-Republican leaning,” Drenner said.

She said taxes are going to go up for residents of any new city. Avondale Estates has posted a tax calculator on its annexation page to help residents gauge what their tax bills would look like if they joined the city. To visit the annexation page, click here.

Giager and Beebe took questions about what annexation into Avondale would mean for residents’ taxes and the level of services they receive. Rieker, who had represented the city in meetings with neighborhoods, brought along a spreadsheet comparing the benefits of living in different cities. Giager said the breakdown should be on the city’s website. Decaturish looked for a document similar to the one residents described, but couldn’t find one on the website as of Oct. 30.

Residents of the Forrest Hills neighborhood, which was also included in the city’s plan, did receive this flyer comparing the services provided by Avondale, Decatur and DeKalb. The flyer was provided to Decaturish by a Forrest Hills resident. Giager said he believes this is the document residents were referring to.

At the end of the meeting, Katie Kerr residents agreed to talk to their neighbors about whether joining Avondale is something they’d like to pursue.

The people we spoke to said they aren’t unhappy with the level of service they receive from the county. Andy Beasley, who has lived in the neighborhood since 2000, said he was mainly concerned about his taxes going up. He said he has wavered back and forth on his options, but left the meeting leaning toward the idea of joining Avondale.

“Avondale’s fine now, as opposed to waiting and seeing,” he said.

Walter Akana, another Katie Kerr resident, said he’s been expecting annexation to happen for about a year now.

“Up to now, DeKalb County has done a really pretty good job,” he said. “I have no complaints about them whatsoever. My fear is that if they lose revenue the services will suffer.”