Avondale Estates is in a tough spot right now.

The positive vibe of the city’s downtown renaissance has been overshadowed by the poor-handling of the annexation issue by its elected officials. Ed Rieker, who took most of the blame for the controversy, resigned as mayor on Oct. 2 to pursue a university teaching job.

Now the task of rebuilding the trust eroded by the annexation controversy falls to the four remaining commissioners and the city manager. But the city’s issues are much deeper than annexation. Fixing them will require a commitment from the city’s leadership and candor that has been lacking.

There’s a lot riding on this. There are development deals in the works, including a possible project by Euramex Management, that could provide a boost to the city’s tax base and breathe new life into its downtown.

Here are some things the city’s leadership must do in order to move Avondale forward: 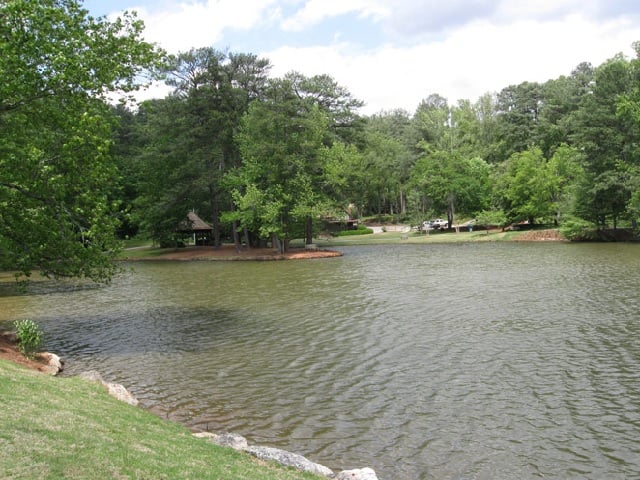 Even the city commissioners have admitted that transparency during the annexation discussion has been a problem. The city’s leadership withheld crucial information from the public about its plans.

At an Oct. 1 work session, City Commissioner Randy Beebe suggested creating a “sunshine task force” dedicated to making the city’s government more open and accountable. The idea was quietly discarded. It should be revisited.

Commissioners and city officials also need to get used to media coverage. Avondale Estates cannot build a wall around itself to keep out members of the media who ask questions its leaders don’t feel like answering. It doesn’t work like that. Refusing to answer questions only leads to more questions.

No one is saying the city’s leadership has to like the media. But treating the press as the enemy is a losing strategy.

The city currently employs a communications manager for $55,000 a year. She is not allowed to speak to the media. That’s a problem.

It’s time for the city’s leadership to expect more from this position. The communications manager should be able to answer routine inquiries from the media and the public. She should also be able to organize and promote meetings about important topics. The person in this job should be engaged and proactive in providing information to the city’s residents. She should try to anticipate problems instead of reacting to them.

Otherwise, the only real function of this job is sending the city’s emails. The city could do that for a lot less than $55,000 a year. 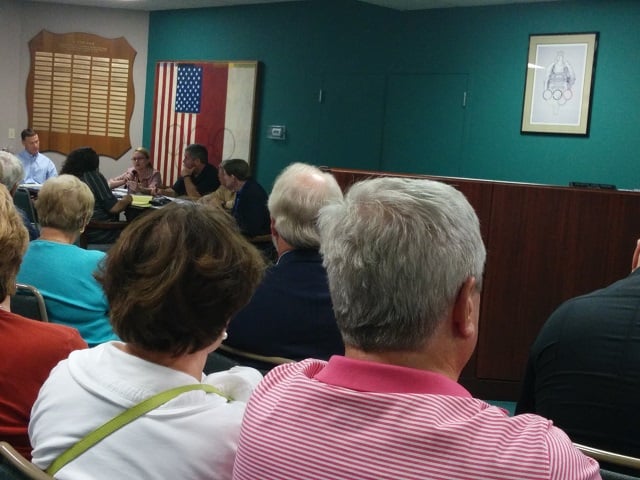 Avondale should take a cue from its neighbor down the road.

Decatur deals with controversial issues by holding an exhausting amount of public input meetings. Decatur held so many meetings on the creation of its Unified Development Ordinance that it’s hard to remember them all. The city also uses the internet to solicit comments on a range of issues. By the time commissioners are ready to vote on these ordinances and resolutions, most of the public is just worn out. Even the most controversial ordinance Decatur considered this year, overhauling regulations for tree removal, passed with little fanfare when it was all said and done.

In retrospect, this is what the city of Avondale Estates should have done with annexation. There is still time, but with the start of the 2015 General Assembly only a few months away and a busy holiday season approaching, the window for more meetings is closing. But there will be other tough decisions facing the city in the next few years. It would be helpful if the city’s elected leaders made public input a priority instead of an afterthought.

– Respect the form of government.

Avondale has a city manager form of government. That means that the City Manager should be a strong administrator who oversees staff and the day-to-day operations. In fact, the city’s charter specifically forbids commission interference with administration. The city’s code states, “Said board shall exercise its powers in session, duly assembled, and no member or group of members thereof shall otherwise attempt to exercise the powers conferred upon the board.”

Prior to his resignation as mayor on Oct. 2, Rieker took responsibility for asking state Rep. Karla Drenner, D-Avondale Estates, to file an annexation bill on the city’s behalf. Emails Decaturish obtained several weeks ago show that City Manager Clai Brown was keeping Rieker, and only Rieker, in the loop with regard to his email exchanges with Drenner. Brown’s email also included the infamous annexation map that made its way into the bill.

Commissioners never passed a resolution in support of that bill before Drenner filed it. Given the exchanges between Rieker and Brown, and Rieker’s mea culpa on Oct. 1, it’s safe to assume that Brown didn’t come up with the idea to send Drenner the map on his own. Under the city’s charter, the mayor has no authority to direct the city manager outside of a city commission meeting. The city’s next mayor, and current interim mayor, would do well to remember that.

– Respect the role of commissioners.

It’s clear that Rieker called many of the shots during his time as Avondale’s mayor, with the annexation issue being the most recent example. Rieker noted in his resignation letter that the job of mayor is a volunteer position and he treated the mayor’s job like it was an unpaid, full time occupation. Given the duties outlined in the charter, there’s no reason for the mayor to take on this level of responsibility.

The charter does say the mayor shall, “Be the head of the city for the purpose of service of process and for ceremonial purposes and be the official spokesperson for the city and the chief advocate of policy.” Being an advocate of policy is one thing. Asking your state representative to file an annexation bill without running it by other commissioners first is something else.

If the city’s residents want a mayor to take on more responsibilities, then they should work to amend Avondale’s charter. In the meantime, commissioners and the mayor need to direct their city manager when they are “in session, duly assembled.”

Avondale has many hard decisions ahead of it. Without the support of the city’s residents, those decisions aren’t going to get any easier.

I see no signs that the commission is committed to making any changes to how the city does business. My sense of it is they are trying to weather the current crisis until everything gets back to normal.

Normal isn’t working. It may have worked in the past, but things have changed. Many residents of the city are suspicious of their government because of the annexation issue. They are paying attention.

It’s time for the commission to start setting a higher standard for the way the city’s government should operate.