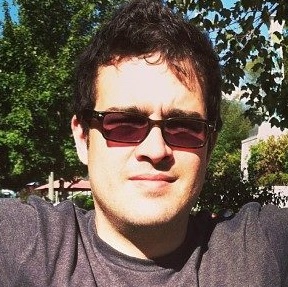 This is a slightly-skinnier, less bearded version of Dan Whisenhunt.

The other night, after a contentious Avondale Estates City Commission meeting, I met one of my critics in person. It was a nice change of pace, actually. Most of them prefer to leave anonymous comments with messages along the lines of “you’re a terrible human being and/or journalist,” although they get a little more creative than that.

But you know, this critic said some things that really hit home. I forget that while I’ve been doing this for awhile, I have some new readers who weren’t here when I started all of this. Who I am, and the reasons I’m doing what I’m doing, might not be readily apparent to some folks.

So I’d like to take this opportunity to reintroduce myself and explain why I started this company.

Hi, my name is Dan Whisenhunt and I’ve been working as a professional journalist for almost 10 years now. There’ve been a lot of ups and downs in this line of work. Until January of this year, I was working at a chain of bi-weekly publications in Sandy Springs called Reporter Newspapers. I was at a weird crossroads in my career. The job was fine, but the daily commute from Decatur to the Perimeter was soul-crushing.

I can work fast. I can do a lot with the three hours of my life I was squandering each day stuck in Atlanta traffic. I also wondered if I could succeed as a journalist on my own terms. Journalists spend a lot of time talking about what they’d do if they were in charge of things. Very few of them actually get the chance.

My wife, who has always had my back, gave me her blessing to give it a shot. So in February, I did that. We’re still here, which I take as a good sign. Creative Loafing informs me that I run the best blog in Atlanta at the moment. People are reading us every day, but not everyone is a fan.

The critic said some things that some people in Avondale believe about this publication. She recommended that I republish my mission statement. I thought that was a fine idea and I’d like to take this opportunity to set the record straight.

– Yes, I am a professional journalist. I’ve worked at several different papers. My longest gig was in Anniston, Ala. I’d offer to show you my LinkedIN, which has all the particulars, but I find people’s opinions of whether someone is qualified to do this job usually depend on whether they’re happy with the stories I’m writing. Also, there’s no professional licensing of any sort for this line of work, so I suppose “journalist” is a subjective term in some ways. For the record, I’m not concerned if you call my website a blog or me a blogger. I’m not pretentious in that way, though I’m admittedly pretentious in many other ways. You can call me Captain Kangaroo and this website a chicken sandwich for all I care.

– We do not have ghost writers. Every article you see on Decaturish is written by me or a contributor. All of them have bylines. I think it’s important to stand behind the work that you do, which is a big reason why I’m not a huge fan of anonymous comments. I also want to be able to shake hands and be available in case someone wants to dog cuss me.

– Every contributor is paid. It would be easier for me to solicit free articles and, believe it or not, I’ve had offers from other journalists to write them. But that nonsense is making it harder for writers to make a living. As far as I’m concerned, if you’re not paying writers (or photographers for that matter) for their assignments, you’re hastening the demise of our profession.

– We are not shills for any cause or candidate. I can’t emphasize that enough. There are a lot of agenda-driven news outlets these days. Fox News and MSNBC appeal to their viewers’ feelings of being marginalized. Everything they tell you is designed to further that narrative. A news source shouldn’t tell you what you want to hear.

– That said, there are a few things we do stand for. We believe that all people have a right to be treated fairly and with dignity. We believe in good government. We expect our government officials to be open, transparent and accountable for their actions. We aren’t afraid to call them out when they aren’t.

– I believe in free speech, but my website is not a town square. Some of the people who try to leave comments on this website seem to confuse the two. This is a business, and as a business I have concerns that override someone’s need to be brave behind a keyboard and a fake email address. If I let every comment fly, it would be like Kroger letting someone stand in the middle of their store screaming “This place sucks!” at the top of their lungs. That said, I listen to legitimate criticism. If someone wants to write a signed letter to the editor ([email protected]) telling me how much I suck, I’ll run it. I can respect that. But I don’t respect anonymous, mean-spirited criticism and won’t indulge it.

– Yes, I do care whether or not you read what we write, but page views aren’t the only thing I care about. I could have more page views if I did what a lot of news websites do, posting mostly items that link-back to the work of others. I do plenty of that, of course, but I want to focus on providing content that you can’t find anywhere else. That means picking up the phone or wearing out some shoe leather. It means going to some long, tedious meetings. Could I be successful without doing any of those things? Yeah, probably. But that’s now how I want to succeed. I want to succeed doing the kind of journalism I care about.

– Yes, I am running a business but that doesn’t mean everything I do is about making a dollar. If that were the case, I wouldn’t have brought in an ad salesman who helps me separate the advertising side and editorial side of my company. Look, realistically, I know where the checks come from. I’m not naive. But I’ve never traded editorial space for advertising dollars and I’m never going to. If that costs us some ad sales, so be it.

– I make mistakes. God knows I’ve written more than a few corrections doing this. I don’t like writing them, but I really hate being wrong. It’s tough to provide you with timely news on a daily basis without messing up somewhere. I’d rather admit I screwed something up than pretend like I got it right and everyone else doesn’t know what they’re talking about.

– I care about the communities we cover, including Avondale. I’m not an Avondale hater. It’s an interesting place with a unique history. It’s also a part of our larger community. I’m game for writing about the new businesses moving into town or the old ones with an interesting story. I like covering your parades and your public meetings. I do have some concerns about your government and the way it operates. As I said, I believe in open and transparent government. If I see something that doesn’t look quite right, I’m going to point it out. If you want to call that a bias, then I’m guilty.

I hope this clears up any confusion, misunderstandings and misinformation that may be out there regarding who I am and what I’m doing here. I can be reached at any time via phone at 404-542-2562. I’m not a stranger or a bogeyman. I’m just a guy who cares about the future of journalism and I want to build a business model that will allow me to provide it to your community without sticking it behind a pay wall.

I won’t always get it right. I won’t always make you happy. But I am going to do the best job I can every single day to give you information you need to make informed decisions.

So that’s the deal with Decaturish.