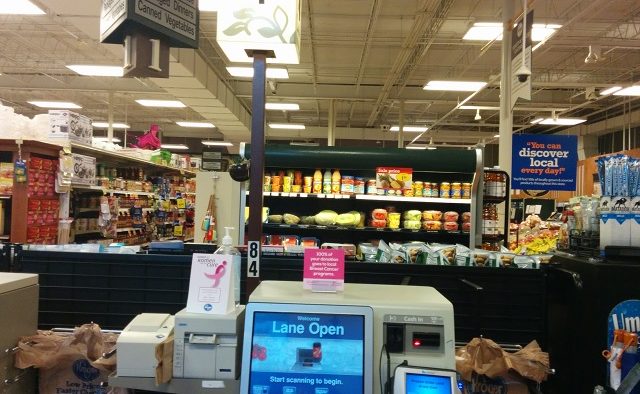 This Self Service Checkout Machine at the Baby Kroger is a tool of the devil.
Share 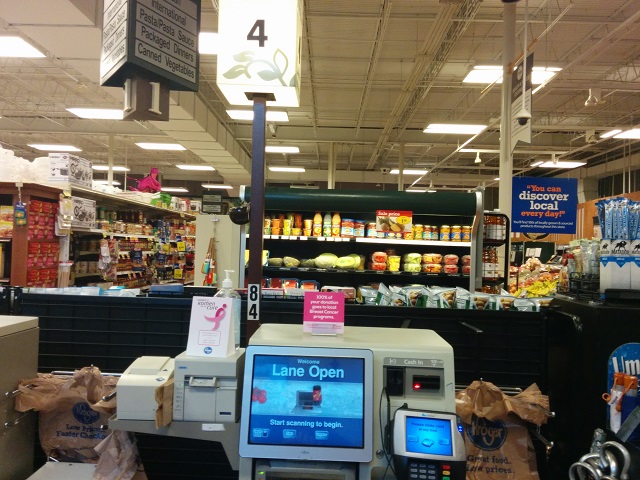 This Self-Service Checkout Machine at the Baby Kroger is a tool of the devil.

Democratic U.S. Senate candidate Michelle Nunn would like us to know that David Perdue, her Republican opponent, likes outsourcing jobs.

If I understand her political ads correctly, David Perdue personally took thousands of jobs, stacked them in a pile and set them on fire. He enjoyed doing this, and I’ve been led to believe he probably rubbed his hands together before saying “Excellent” over the burning pyre.

But that’s not all. Michelle Nunn would also like us to know that a crazy Democrat, Zell Miller, is her friend.

I assume she’s doing this because there’s a portion of the Republican base that loves crazy to the point that it transcends political boundaries.

David Perdue would like us to know that Michelle Nunn knows, voted for and possibly has high regard for President Obama. That is all.

I’m not totally immune to the emotional appeal of the outsourcing attack. This weekend I was at Oakhurst Market picking up some chicken salad and pimento cheese, both of which are what God would spread on a cracker if given the option. However, God’s crackers are incredibly expensive. While I think spending $10 on that pimento cheese is legit, I am less sure about spending $8 on a box of thin, organic, sea-salt encrusted crumble sticks that pass for crackers when you’re too lazy to go to Kroger.

I usually go to Baby Kroger on Commerce, so-named because the store is so damn small you’ve got to leave it to change your mind. I sometimes refer to it as the Bachelor Kroger, because I am often in line with a guy who is carrying a basket filled with a giant potato and a six pack of beer.

I’m usually “in line” at the Baby Kroger because I am not always keen on using the self-service check out registers, also known as Perdue Machines. The sales clerk sees me waiting in line and says, “Self-service check out available,” but I wave them off. The clerk might as well be saying, “Would you like to use this machine that will eventually replace me some day?”

But I’m not standing in line because I’m trying to save the clerk’s job. I don’t have to, because the Perdue Machines at Baby Kroger suck.

Every time I’ve tried to use one, I’ve somehow managed to get my hand caught in the cash register and start an electrical fire. This happens because I don’t put items like a cat huge box of litter in a grocery bag in the bagging area, or because I’m trying to ring up a banana. The debacle ends with the clerk rushing over to help before I destroy the machine with the Louisville Slugger I usually bring to the Baby Kroger in case the Perdue Machines gain sentience and try to stage a coup.

No, thank you, Baby Kroger. I’ll stand in line right here where Michelle Nunn is waiting to ring up my groceries so her crazy friend Zell can bring them out to my car before challenging me to a duel in the parking lot.