Unearthing history in a Kirkwood cemetery

Unearthing history in a Kirkwood cemetery 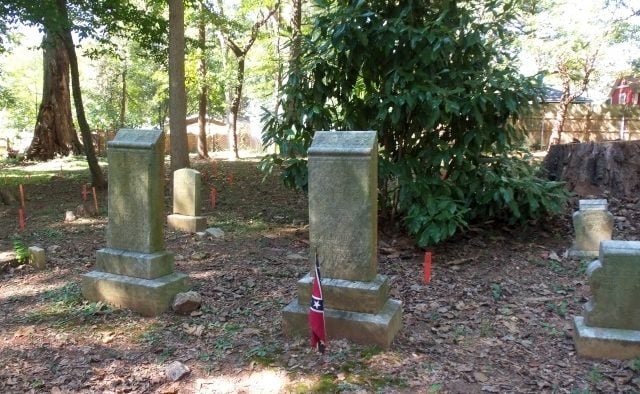 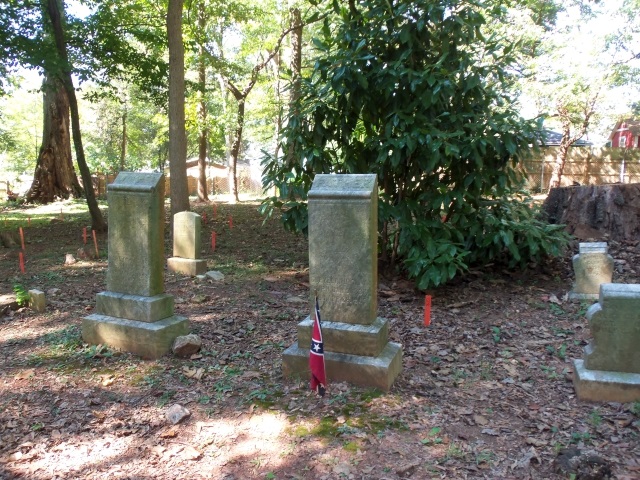 October is the time of year when stories of ghosts and haunted cemeteries abound.

In Kirkwood, there’s a small cemetery that’s not exactly spooky, but it does tell a good story. Set back from the street, Clay Cemetery is easy to miss, even if you know you’re looking for the small cemetery at 31 Clifton Street NE. However, it used to be even more difficult to find before neighbors stepped in.

Earl Williamson, the environmental chair for the Kirkwood Neighbors’ Organization, said he and volunteers started clearing the overgrown cemetery about seven years ago. Because of the large amount of debris and overgrowth, Williamson said it took the group about four years to clear all the way to the back of the property.

Along the way, Williamson has done a lot of research on the inhabitants of the cemetery and the Clay family who first used the land as a family burial spot. Behind the grave markers, he’s discovered many interesting stories about the land and the early residents of Kirkwood.

The Dunwoody and Kirkpatrick families often get credit for being the inspiration for the name Kirkwood, an amalgam of the two surnames, but the Clay family was also an important early land holder in what is now Kirkwood.

Jesse Clay Sr. and his family moved to DeKalb County in 1826 from Monticello, Georgia in Jasper County. They bought about 850 acres of land that Williamson said reached approximately from Gilliam Park to Memorial Drive and from Montgomery Street to Palatka Street SE.

The land had been previously purchased as part of the 1821 Indian Land Lottery. DeKalb County had only been created a few years prior to the Clays moving there in 1826.

Nicole Carmolingo, an archivist at the DeKalb History Center, said, “After the 1821 land lottery, the next year, in 1822, they created DeKalb County. DeKalb came from parts of Henry and Gwinnett mainly, and originally DeKalb County was twice the size that it is today … So at that time, the land that was Kirkwood was much more in the center of the county as opposed to the edge of the county like it is now.”

The Clays were subsistence farmers and likely chose the location of the cemetery because it sat on high ground and was near their home, which was believed to be in what is now Gilliam Park.

Williamson said both fought at the Siege of Vicksburg. Cleveland Clay survived, but Jesse W. Clay did not. While Jesse’s body remained in Vicksburg, his wife, Susannah Clay, was buried in Clay Cemetery 60 years after her husband’s death in the war.

Cleveland Clay was captured at Vicksburg and later paroled. According to Williamson’s research, Cleveland Clay returned to Atlanta and rejoined his regiment, violating parole. Williamson said Cleveland fought Sherman’s army to the coast, and records show he surrendered at Greensboro, North Carolina on April 26, 1865.

Cleveland Clay lived until 1909. He and his wife, Nancy Jones, are buried in Clay Cemetery, along with seven of their children. Williamson has written that Cleveland and “his regiment fought in a total of twenty major engagements.”

The inscription on his grave says, “Home sweet home, there’s no place like home.” 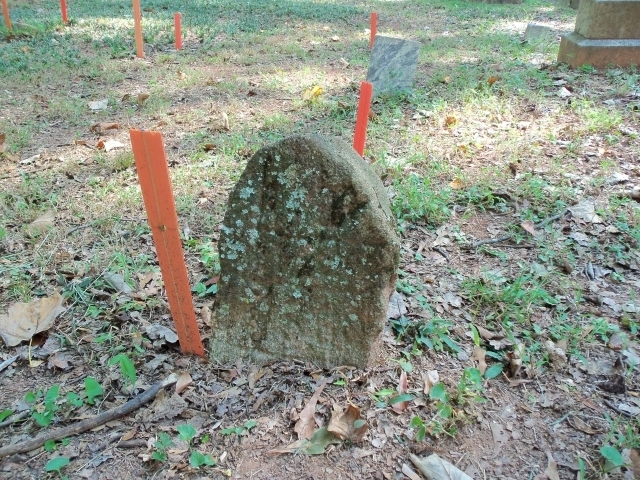 This 1861 stone is believed to be the first marked burial in the cemetery. Digital photography revealed a faint “RIP” engraved on the eroded stone. Photo by Dena Mellick

The first marked burial in the cemetery was in 1861. Williamson said eventually it became more than just the Clay family cemetery, with six or seven other names buried there.

It also became racially integrated much earlier than most Southern cemeteries.

“We do have family oral history that says that this became an integrated cemetery in 1956 or ‘58, which was like 20 years before federally-mandated cemetery integration,” Williamson said.

He writes on the Clay Cemetery website, “this would make this cemetery a very rare and possibly unique example of integrated burials occurring much earlier than did elsewhere in the South (starting in the 1970s). Two unconventionally marked graves are consistent with West African burial practices. Many others are marked similarly to older rural black burials … Interestingly, the Clay Cemetery was integrated long before Kirkwood’s schools were.”

Bringing the Past into the Present

The KNO had a ground penetrating radar survey completed at the cemetery in July of this year and found an additional 70 graves for a total of 166 potential burials.

That kind of preservation work has prevented the cemetery’s history from being lost. Nicole Carmolingo with the DeKalb History Center said, “The way (the Clay Cemetery) kind of chronicles the history of that area, really is unique … A lot of the family cemeteries remain small, closed off, and I really think it’s a testament to that area that this cemetery kept growing and wasn’t forgotten about.”